THE FLATS – Junior Jose Alvarado made eight of his first nine shots from the floor and outscored Virginia Tech himself 19-18 in the first half, sparking Georgia Tech to a decisive 76-57 victory on Tuesday night at McCamish Pavilion.

The Hokies (14-9, 5-7 ACC) struggled offensively at times, getting held to just 38.9 percent shooting, and the ACC’s leading three-point shooting team could convert only an icy 17.4 percent from downtown (4-for-23).

Georgia Tech on the other hand, shot 52.7 percent from the floor, its second-highest rate of the season, and a season-best 44.4 percent from three-point land en route to the win. Alvarado finished with 20 total points on the night, adding six assists, two steals and just one turnover in just over 29 minutes on the floor. Michael Devoe finished with 12 points and five rebounds, while Moses Wright (14) and Bubba Parham (10) also finished in double-figures. Wright also pulled in seven rebounds.

Leading Virginia Tech offensively was Tyrece Radford, who finished with 12 points, while Landers Nolley II recorded 10 points and seven rebounds for the game.

Winners of three of its last four games, Georgia Tech returns to the road as they head to Pittsburgh on Saturday, Feb. 8. Tipoff is set for 2 p.m. and will be broadcast on RSN. 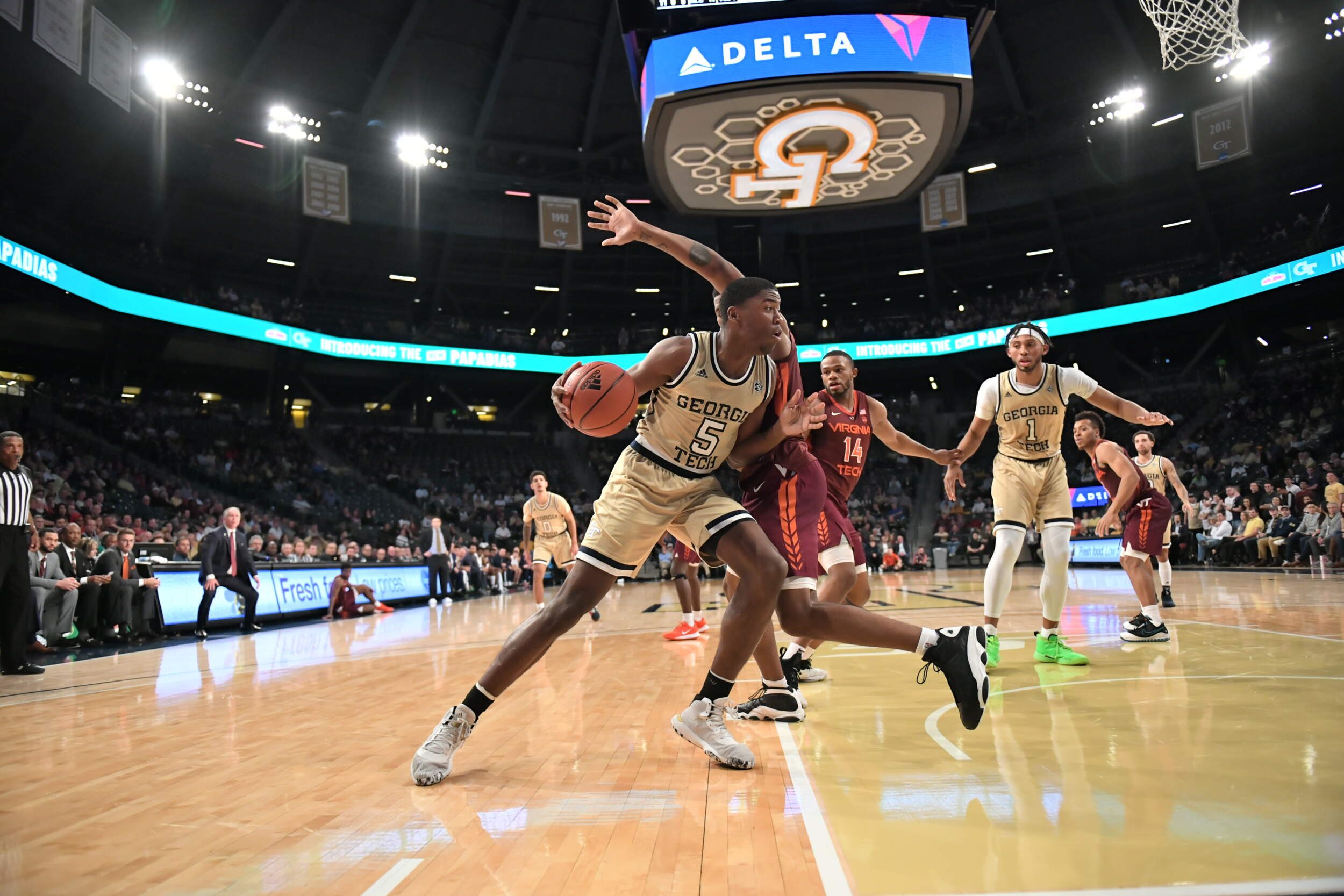 Moses Wright (5) contained things in the lane, leading the Georgia Tech bigs with 14 points and seven rebounds on Tuesday. (photo by Danny Karnik) 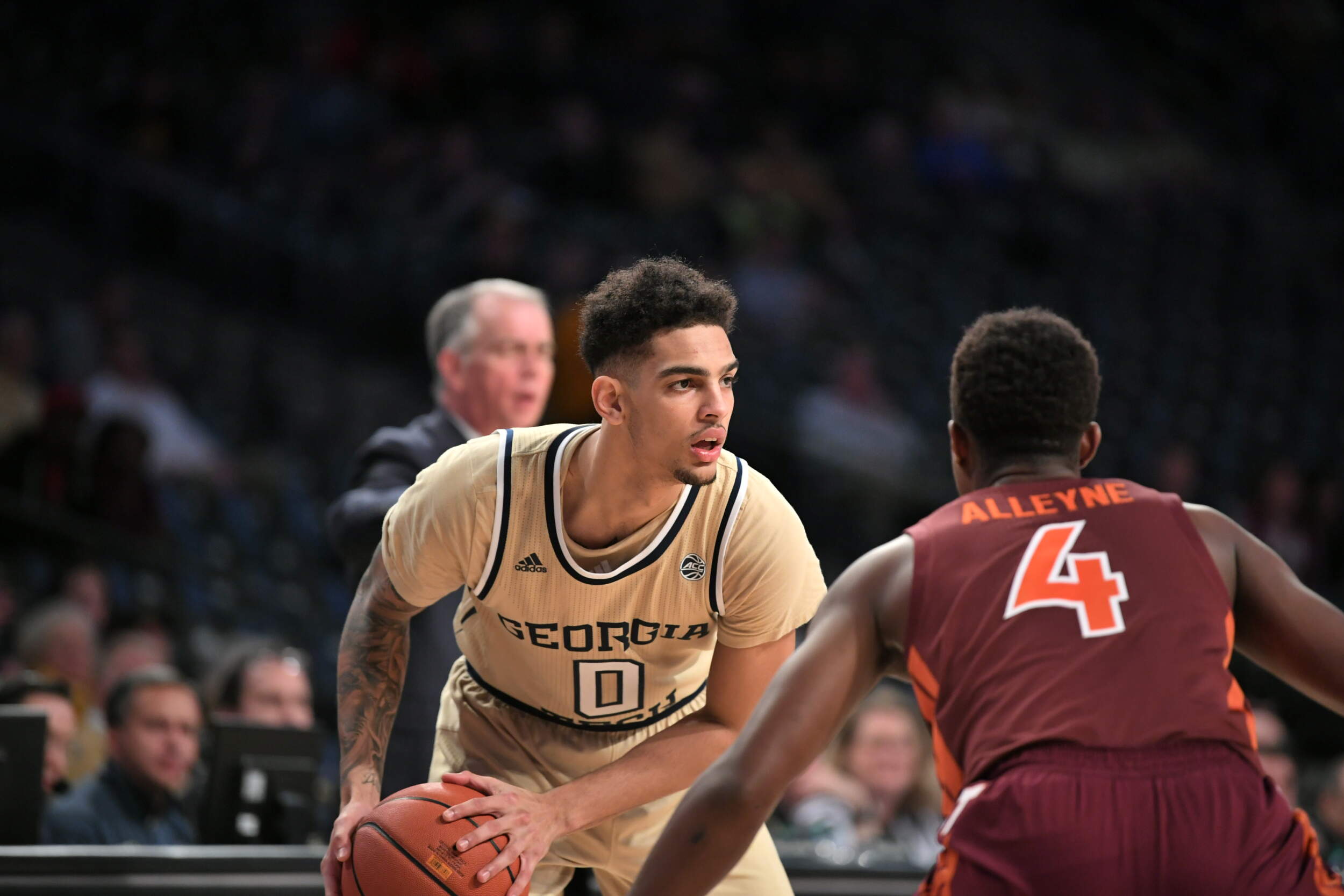