THE FLATS – Georgia Tech and Notre Dame will meet in the New York Life Atlantic Coast Conference Tournament for the first time ever, facing off in the opening round of the 66th Tournament at 2 p.m. Tuesday at the Spectrum Center in Charlotte, N.C. It will be the third meeting this season between the two teams.

Tech (14-17, 6-12 ACC), in its third season under head coach Josh Pastner, earned the No. 10 seed for the tournament, its highest since 2016, by defeating Boston College (81-78 in overtime at home) and NC State (63-61 on the road) in its final two regular season games. The Yellow Jackets enter the tournament having won three of their last five games, going back to a Feb. 20 win over Pittsburgh.

Notre Dame (13-18, 3-15 ACC), in its 19th season under head coach Mike Brey, fell to the No. 15 seed after dropping a 56-53 decision on the road to Pittsburgh Saturday. It was the seventh straight loss for the Fighting Irish, whose last win came over the Yellow Jackets on Feb. 10 in South Bend. Only one of those losses have come by more than eight points.

The winner of Tuesday’s game advances to face Louisville, the No. 7 seed, at 7 p.m. Wednesday.

Tuesday’s game will be broadcast live on the ACC’s Raycom Sports Network (Peachtree TV in Atlanta) in ACC markets, as well as on ESPN nationally outside of the ACC footprint. The broadcast also will be streamed live through the ESPN app. Radio coverage is provided through Learfield IMG College, airing in Atlanta on 680 AM and 93.7 FM the Fan. The Tech broadcast is available on satellite radio (Sirius ch. 81, XM ch. 81, internet ch. 81 and 371). 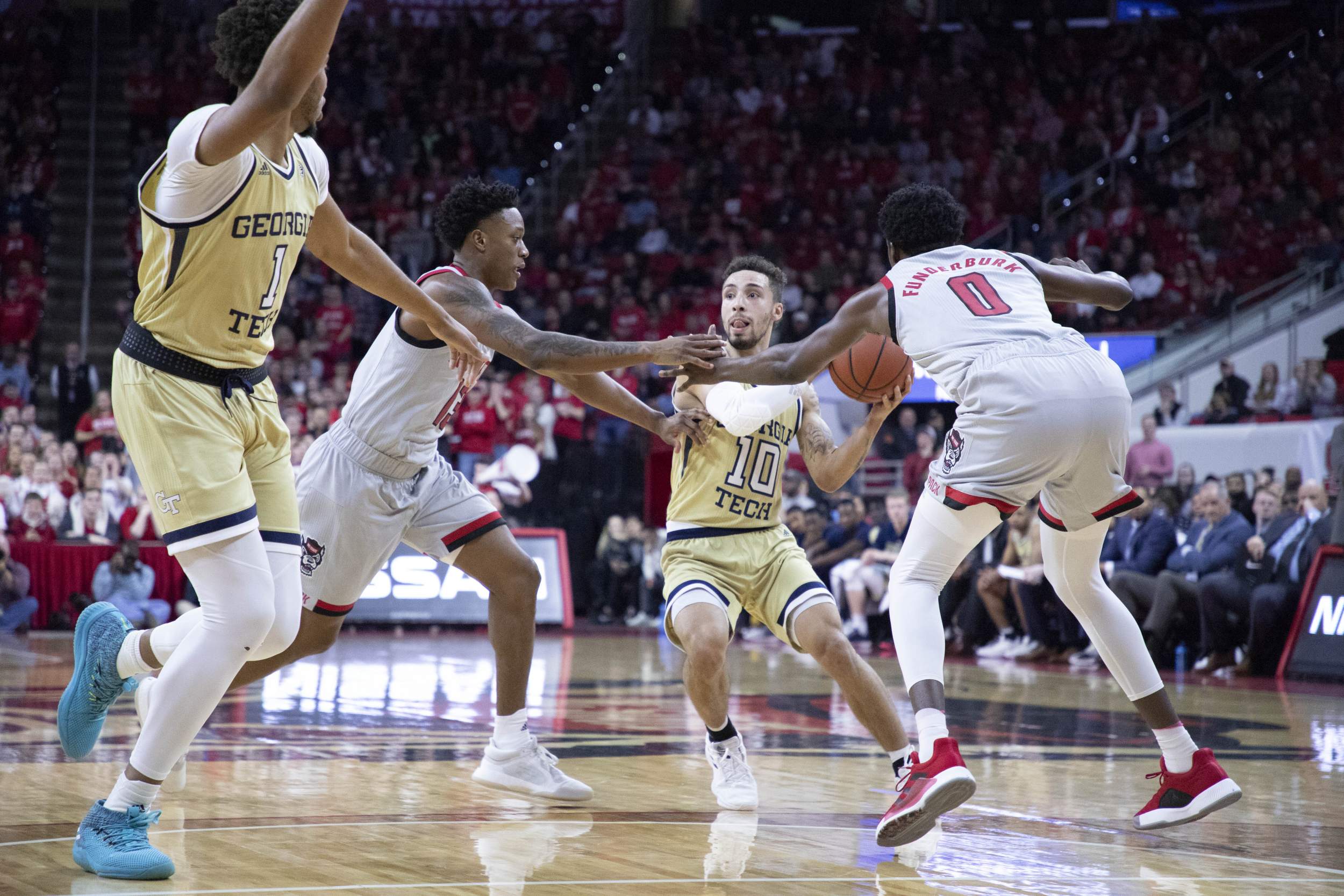 The Yellow Jackets enter the ACC Tournament with two straight wins, including a 63-61 triumph at NC State last Wednesday.