Greensboro, N.C. – The Atlantic Coast Conference announced today the future matchups of the league’s 20-game men’s basketball schedule, which begins with the 2019-20 season.  The 20-game matrix is in effect for three years through the 2021-22 season.

Under the former 18-game schedule, each team played four opponents both home and away each season, four at home and four away.

In 2019-20, Georgia Tech will play Louisville, NC State, Pittsburgh and Syracuse both home and away in addition to Clemson and Notre Dame, with Duke, Miami, Virginia and Virginia Tech visiting McCamish Pavilion.

In 2021-22, the Yellow Jackets play Clemson, Notre Dame, Boston College, Miami, North Carolina and Virginia Tech both home and on the road, and will host Florida State, Louisville, NC State and Wake Forest.

The above rotation will repeat beginning with the 2022-23 season.

Following are the complete schedule rotations for all 15 ACC teams. 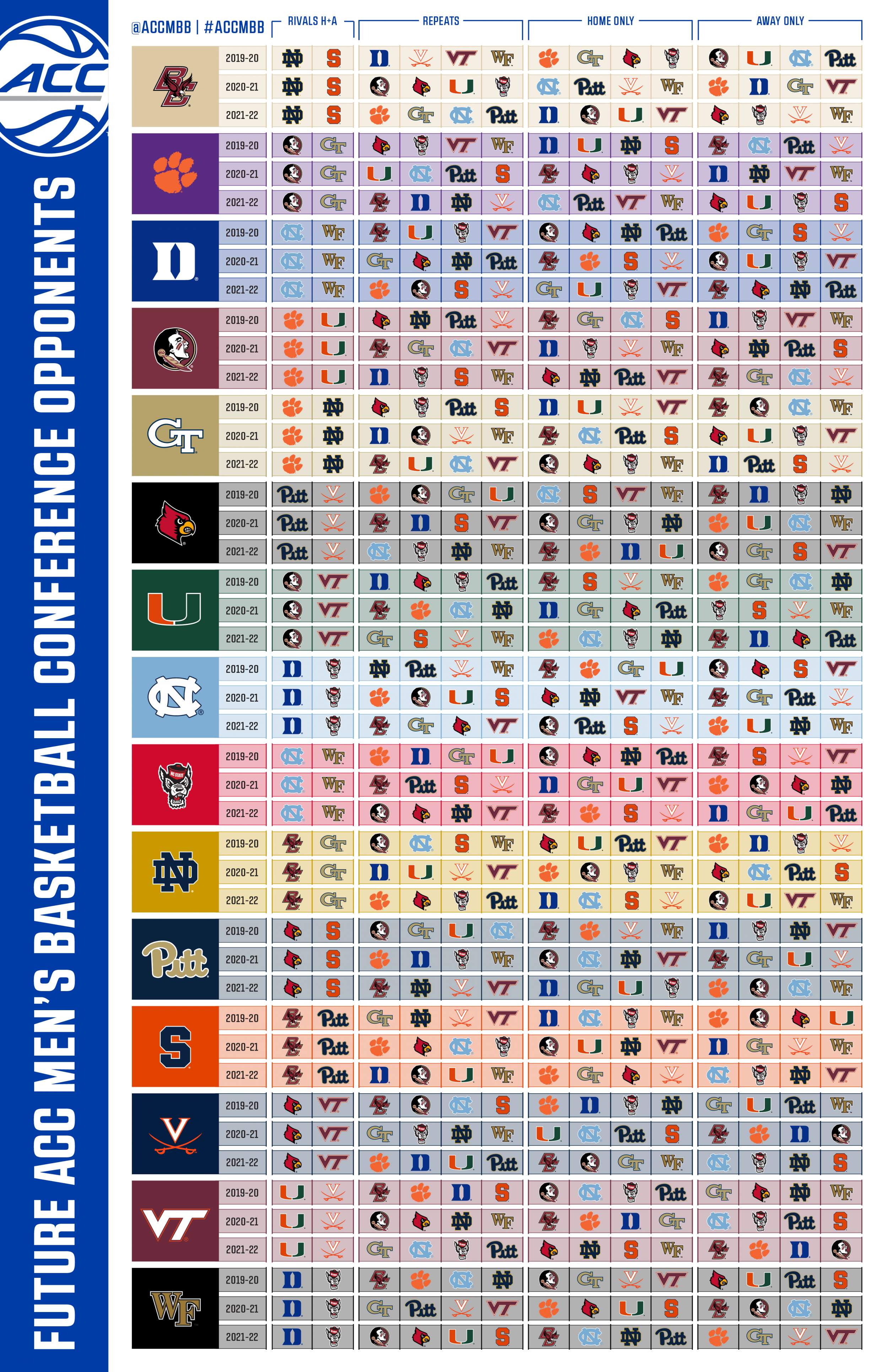