THE FLATS – Georgia Tech baseball junior Kyle McCann was named the ACC Player of the Week and one of Collegiate Baseball’s National Players of the Week after his impressive week at the plate, it was announced on Monday.

The Yellow Jackets’ catcher helped the team go 4-1 last week by hitting .421 for eight hits, one double, three home runs and 10 RBI. He also took four bases on balls and crossed the plate himself eight times. One of his home runs came as a back-breaking grand slam in game one against Northwestern on Friday night, when he plated seven of his 10 RBI alone. 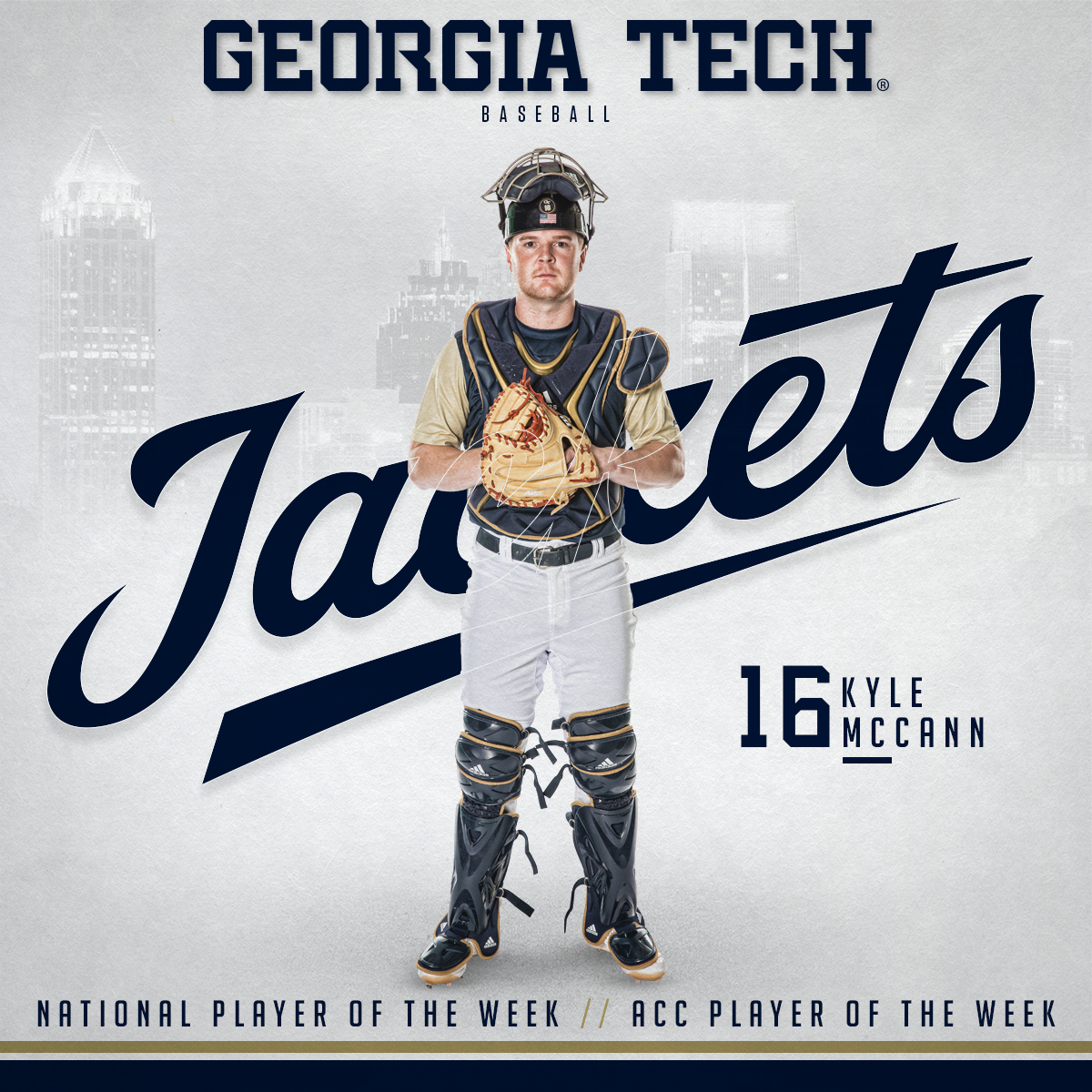 His seven RBI in game one against Northwestern tied a career high and were just two shy of the school-record nine. His two home runs in game one were just one shy of tying his personal best and the school record.

Overall, McCann is now second in the ACC and fifth in the country in home runs (six) while also ranking fifth in the conference in slugging at .833 after slugging a gaudy .947 last week. The Suwanee, Ga. native is also tied for 10th in the league for RBI (14).