Meet  Shaheed Medlock, a third-year guard who came to Georgia tech from Waycross, Ga., as a non-scholarship player. He enrolled for the summer of 2016 on a Bill Gates Millenium Scholarship.

Shaheed earned a reputation as an outstanding defensive player in high school, and plays that role for the Jackets’ scout team in practice, providing hard-nosed pesky defense. Born in Chicago, Ill., Medlock is one of eight children. His father played football (running back) at Purdue from 1984-87, and his brother played basketball at Chicago State University. Majoring in business administration, he has played in nine games during his time at Tech. 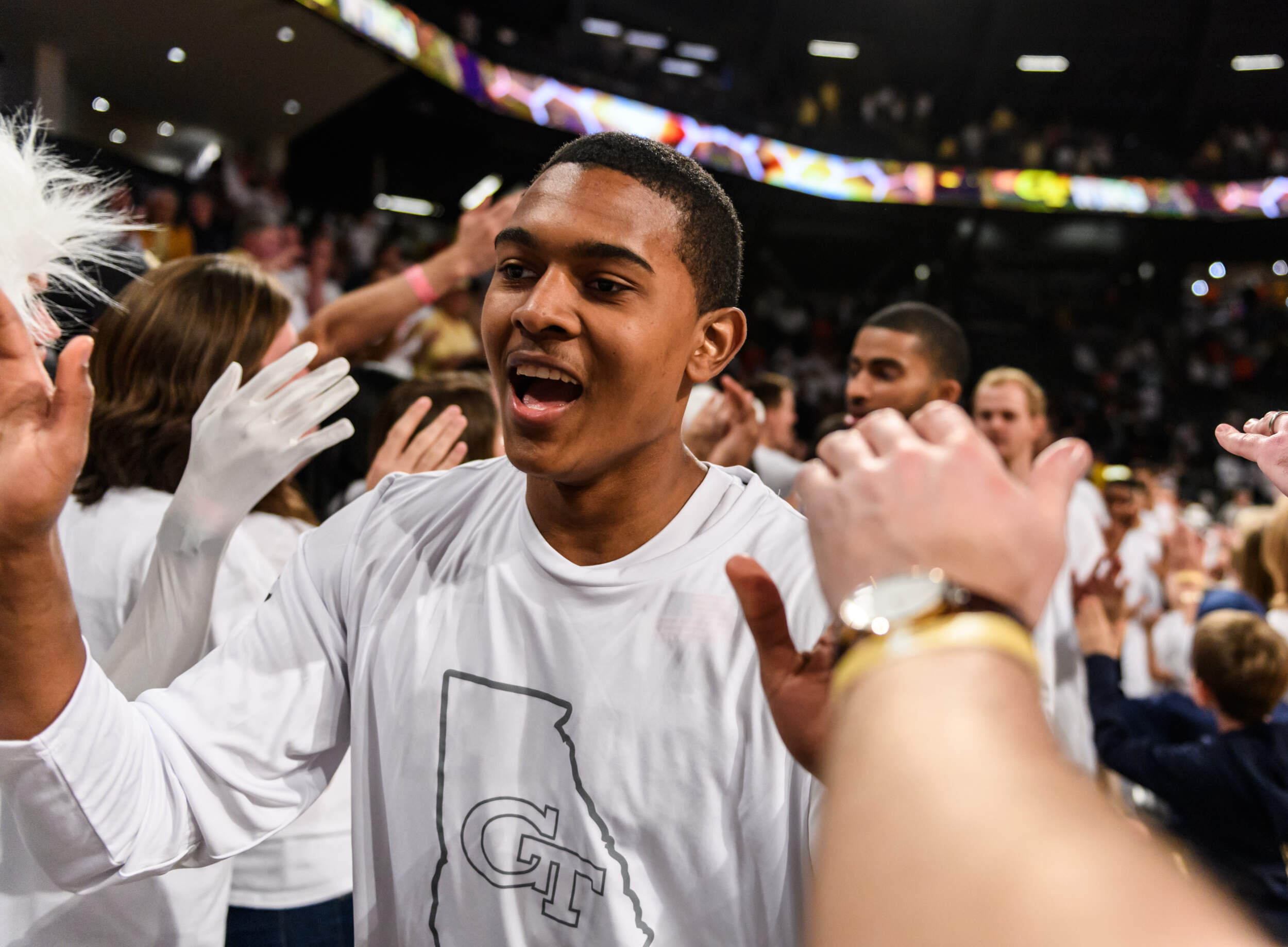 “I grew up in Chicago, which is a basketball mecca, so it has been around me my whole life. Ever since I can remember I’ve been in love with the sport.”

“Michael Jordan is a huge influence, watching all of his VHS tapes growing up. I used to watch those over and over again. LeBron James when he eventually came out with [the documentary] More Than a Game. Kobe Bryant’s killer mentality, Allen Iverson, and the ‘Bad Boys’ Detroit Pistons.”

What is the history of sports in your family?

“My brother played Division I basketball at Chicago State. My dad grew up playing sports and played football at Purdue and then for the New York Giants.”

“A lot of people wouldn’t assume that I do a lot of yoga. Bikram is my favorite type, but I explore all different areas. I’m big into the yoga life. I’m a pescatarian, I don’t eat junk food. I’m very into mental and physical health.”

If you could have dinner with any three famous people, alive or dead, who would they be?

“Muhammad Ali, Michael Jordan and Michael Jackson. Just being around champions, seeing what I can pick up from them, what lessons I could learn.”

“Boxing. I grew up around that, it’s a big thing in Chicago. I actually used to do a little bit of boxing training growing up. I never competed, but I did some of that in high school.”

“Knowledge. Knowledge is power. If you have wisdom you can view things from a whole different scope and still have an unlimited amount of ability.”

“Vegetable bean soup. I would add lentils and navy beans and a bunch of different types of vegetables to try and incorporate all of the nutrients that I would need.”

Some people call me ‘Sha’ and my family calls me ‘Heed’”