Meet  Moses Wright, Georgia Tech’s junior forward from Raleigh, N.C. A “late-bloomer” who has ridden a rapid rise from unheralded high school player to one of the top forwards in the Atlantic Coast Conference, Wright earned significant playing time early in his freshman season and again late in the year as injuries thinned Tech’s ranks, then blossomed into a major contributor at the end of his sophomore season. he has gained the ability to impact the game at both ends with his scoring, rebounding and shot-blocking skills. Wright has grown four inches and added 40 pounds since his sophomore year in high school, 25 of them since his enrollment at Tech. This season, Wright ranks among the ACC leaders in scoring, rebounding, field goal percentage and blocked shots, posting six double-doubles in points and rebounds.

Wright is the North Carolina native to sign with Tech since Anthony Morrow (Charlotte), who played at Tech from 2004-08 and is an eight-year NBA veteran. he wore No. 12 as a freshman, changed to No. 5 as a sophomore . Moses began playing basketball by trying out for his high school team at the age of 14. Prior to his involvement in basketball, Wright was a swimmer and played tennis competitively. He is studying business administration at Tech. 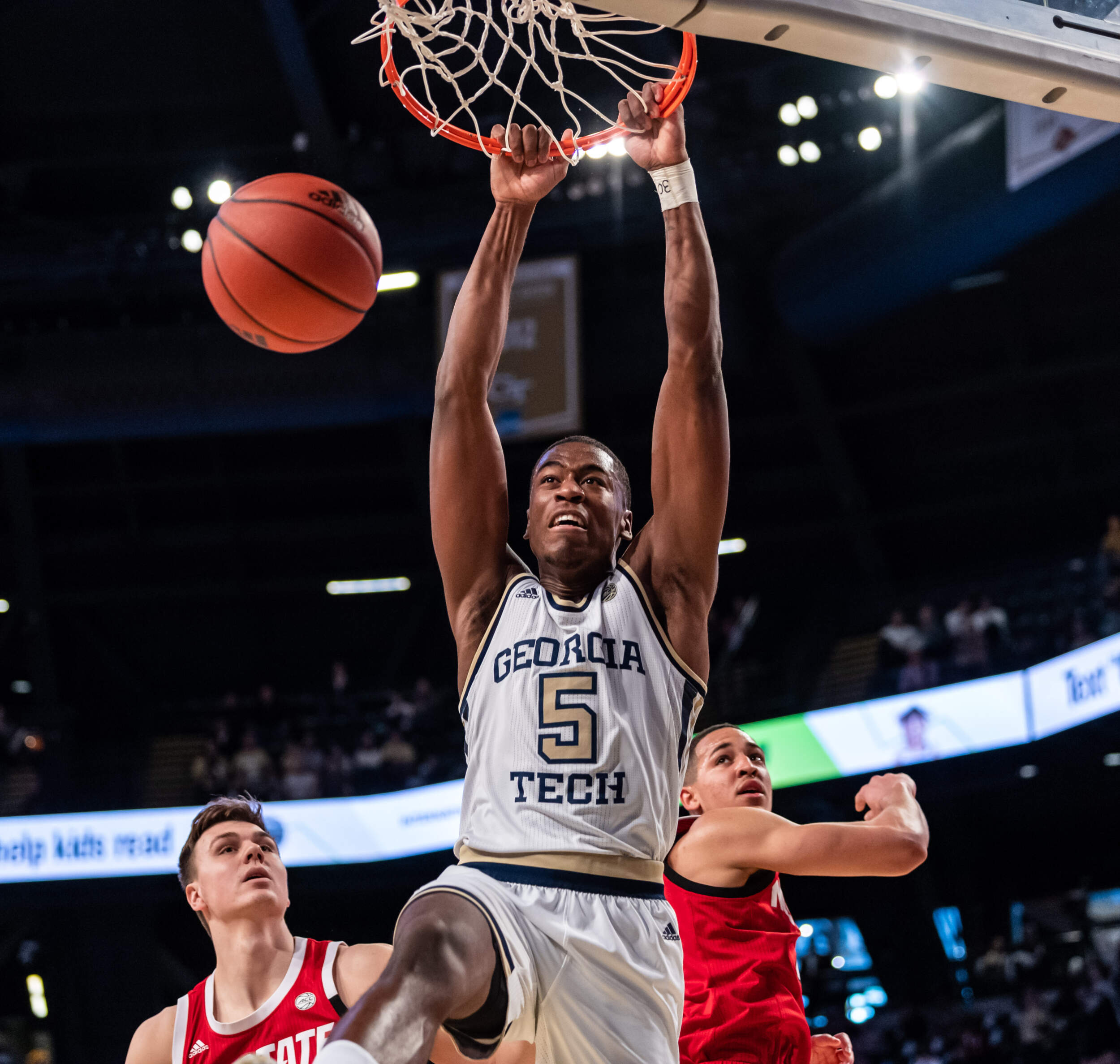 “It was in midtown Atlanta, and I wanted to start my own [seafood] restaurant. There’s a lot of great food out here, so I wanted to get used to the cuisine out here and see if I could get any relationships through basketball.”

“I never really watched professional basketball growing up or anything. I started playing my freshman year of high school, and I didn’t take it seriously. When I started getting good in my senior year I started buckling down.”

Are there any NBA players you look up to?

“I like the story behind Jimmy Butler. That really motivated me.”

Did anyone else in your family play sports?

“I’m the first person in my family to get a collegiate scholarship. But my brothers played football and basketball.”

“I love to cook. My dad used to always go to the farmer’s market, and we used to get shrimp and crab legs and everything, so we used to cook them together. I cooked for Shembari [Phillips] during the summer. I think I gave Jose [Alvarado] some too. I know I cooked for a lot of people during the summer. Anything seafood related that I can get my hands on, I try to cook it.”

“Teleport, because I like Night Crawler from the X-Men. He’s my dude.”

“Don’t care what people think about you.”

What is your favorite sports movie?

“’He Got Game.’ I watched it before I got any kind of scholarship to any sports, so I thought, ‘wow, is this how an official visit is going to be?’ It turned out nothing like that.”

“I watch a lot of anime. I count ‘The Last Airbender’ as a cartoon, so, Aang. And then my favorite anime character is Faritha.”

“The fans. After every win we take the walk around and everybody is giving you high-fives saying how good you did. It’s a great feeling.”