Meet Michael Devoe, a sophomore guard from Orlando, Fla.  A left-handed guard with a high IQ, Michael is an excellent playmaker with good positional size, pass first but not pass only. His outside shot and importance as a scorer improved markedly over the latter half of his freshman season, and has continued to develop this season. He played well in Tech’s August trip to Spain, averaging 12 points per game while hitting 8-of-19 shots from three-point range, 10 assists and one turnover. Michael starred on a national powerhouse at Montverde Academy following an all-star career at Oak Ridge High School. His uncle played college basketball as South Alabama and professionally in Europe.

The business administration major started fast in his sophomore year, scoring 20 or more points five times in Tech’s first six games, and led the ACC in scoring through November. He continues to play well, leading the Jackets in scoring and three-point shooting. 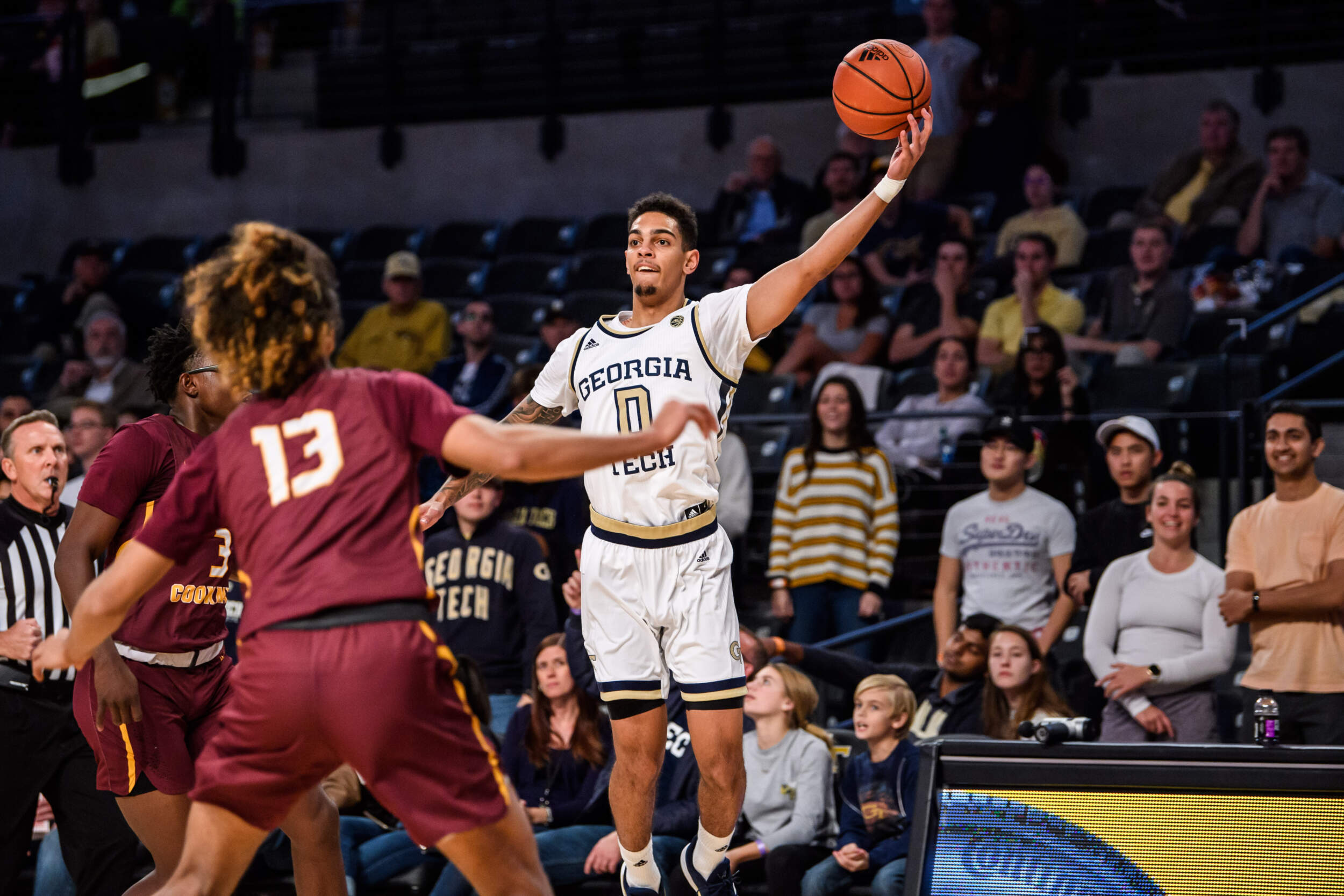 “Since I was born, a ball has always been in my hands. My mom always put the ball in my hands and stuff like that. I started originally playing when I was three years old in the YMCA league and then just kept playing.”

What players did you grow up modeling your game after?

“D’Angelo Russell was a person I liked to watch, he played for my AAU team and also went to the high school I went to, Montverde [Academy]. And also watching LeBron James and how he gets his guys involved. He’s just a great leader and great player.”

What is the history of sports in your family?

“My grandfather and my dad played in high school, and they were pretty good. My uncle (Jason McGriff) played at South Alabama and was on the team that played Joakim Noah and Florida (in the first round of the 2006 NCAA Tournament).”

What did you work on most coming into this season?

“Just being a complete player, having confidence in myself and showing all of the things I can do. Hopefully helping the team win every game. We want to make the [NCAA] tournament this year, that’s the ultimate goal.”

“I’m a big ‘Harry Potter’ fan. My family has a tradition … every New Year’s we watch all of the Harry Potter [movies]. [My favorite] is probably ‘The Goblet of Fire’ when everybody comes in, and they do the tournament.”

If you could have dinner with any three people, who would be at the table?

“Probably LeBron James, Drake and Martin Luther King, Jr. Just to pick their brains and the way they think. And then how they carry themselves. I would just try to take in all of the information I could.”

“’Hard work beats talent. When talent fails, work hard’. [It is] one of the things I got growing up from coaches, from parents, from everybody.”

What have you done this year to be a leader on this team?

“Just working hard every day. Staying after practice, coming in early before practice, putting up shots. Just working on my game so I could be a vocal leader out there and just make sure guys are in the right places, things like that.”

“It’s a great environment. When it’s packed, it’s a great place to play in. I just love it. I love Georgia Tech.”