Meet Jordan Usher, a junior swingman from Canton, Ga., who is in his first season with the Yellow Jackets. After graduating from Wheeler High School in Marietta, Ga., Usher attended and played basketball at the University of Southern California for a season and a half before returning home and enrolling at Georgia Tech.

An excellent athlete with a high motor, Jordan became eligible to play for the jackets on Dec. 18 and has started every game since, averaging 8.3 points and 3.7 rebounds. His play has been key to the Yellow Jackets’ success as he has averaged more than 10 points a game in games Tech has won with him on the court.

Jordan was a four-star prospect in high school and led Wheeler High School to the 7-A state finals as a senior. 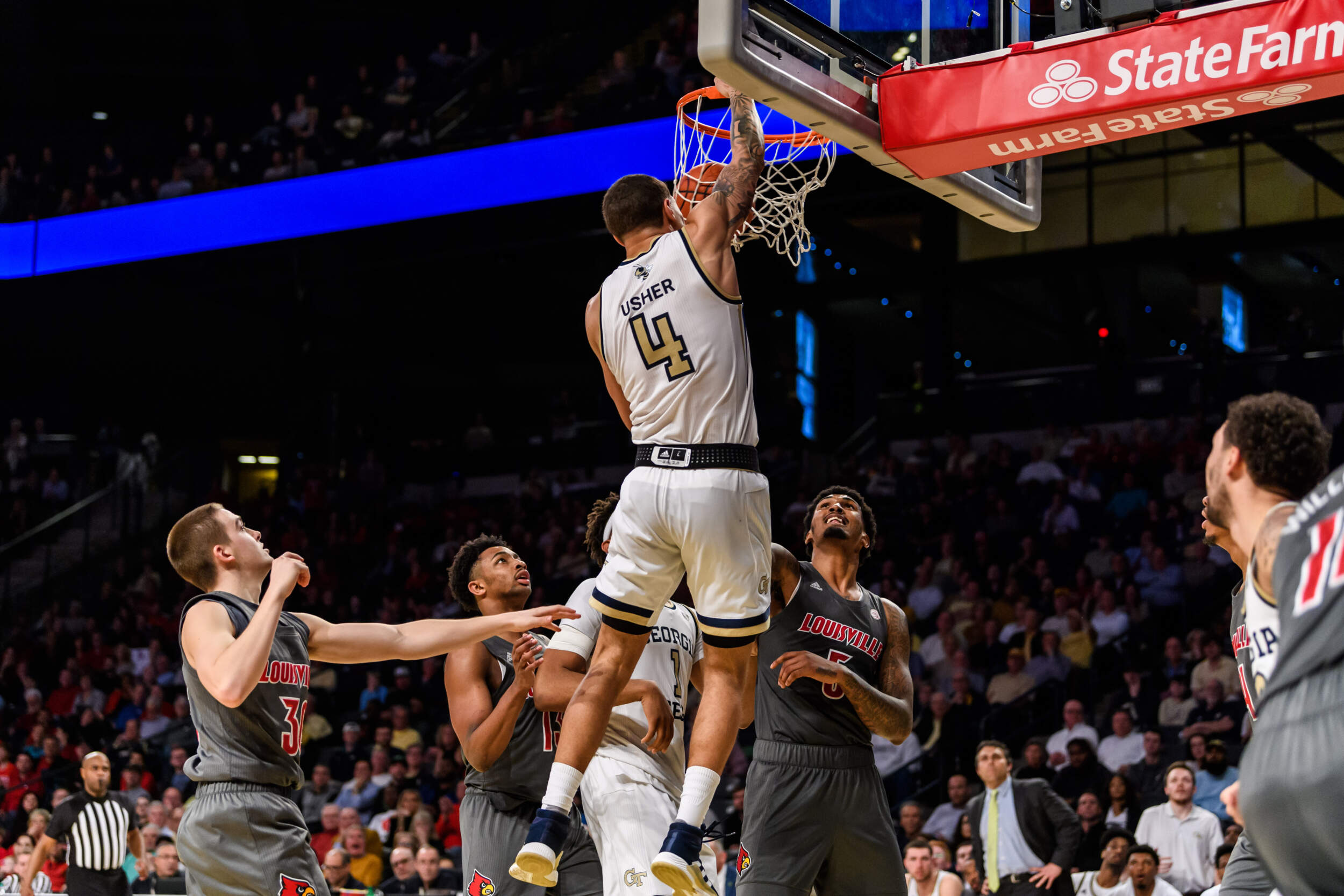 “Just being back home, being able to play in front of family and friends. And then playing with guys like Jose [Alvarado] and Mike [Devoe].”

What are your hobbies off the court?

“I like music, I like going out to the movies. I go to like every movie that comes out. I probably see five a month, at least.”

“I liked guys who could dunk a lot, so LeBron [James], Blake Griffin when it was ‘Lob City’ with the Clippers, when Dwight Howard was in his prime. I just like guys who are real strong and can put it on the rim.”

What are your personal goals for the year?

“I want people to be able to say that Jordan Usher helped us win games. That’s my only goal.”

Who is your favorite athlete outside of basketball?

“Probably Mike Tyson just because he’s an animal. I used to really like when he came into his fights with that drone noise instead of music. He would play a loud drone noise to get his opponents all shook up, I liked that.”

“Football. I want to play defensive end … I think it would be really fun. I know a football player would get mad at me, but from my eyes looking in you could just give 100 percent of your athletic ability for however long the play is, you don’t have to worry about slowing down too much, I like that. It’s kind of like a fast break.”

“Eggs. I love eggs. I eat eggs all the time right now. I’ve eaten eggs three times today already. I eat three or four each serving. Scramble them, maybe put it on toast, sunny side up, maybe hard boiled, I just like eggs.”

“Rick from ‘Rick and Morty’ because he’s a genius.”

“I would say Neil Patrick Harris just because I feel like he has a good range of acting and I’ve watched him in TV shows and in movies. Or maybe Ashton Kutcher. One of those. I feel like they would do a good job.”