Meet Bubba Parham, a junior guard from Snellville, Ga., who is in his first season with the Yellow Jackets. After graduating from Brookwood High School in Snellville, Ga., Parham attended and played basketball at VMI for two seasons, where he was the Southern Conference freshman of the year his first year and led the SoCon in scoring with more than 21 points a game as a sophomore, earning all-conference honors.

Granted immediate eligibility to play at Tech in the fall, the 5-11 guard has played in every game for the Yellow Jackets this season, starting six early in the season when Jose Alvarado was injured. He has scored in double digits six times. 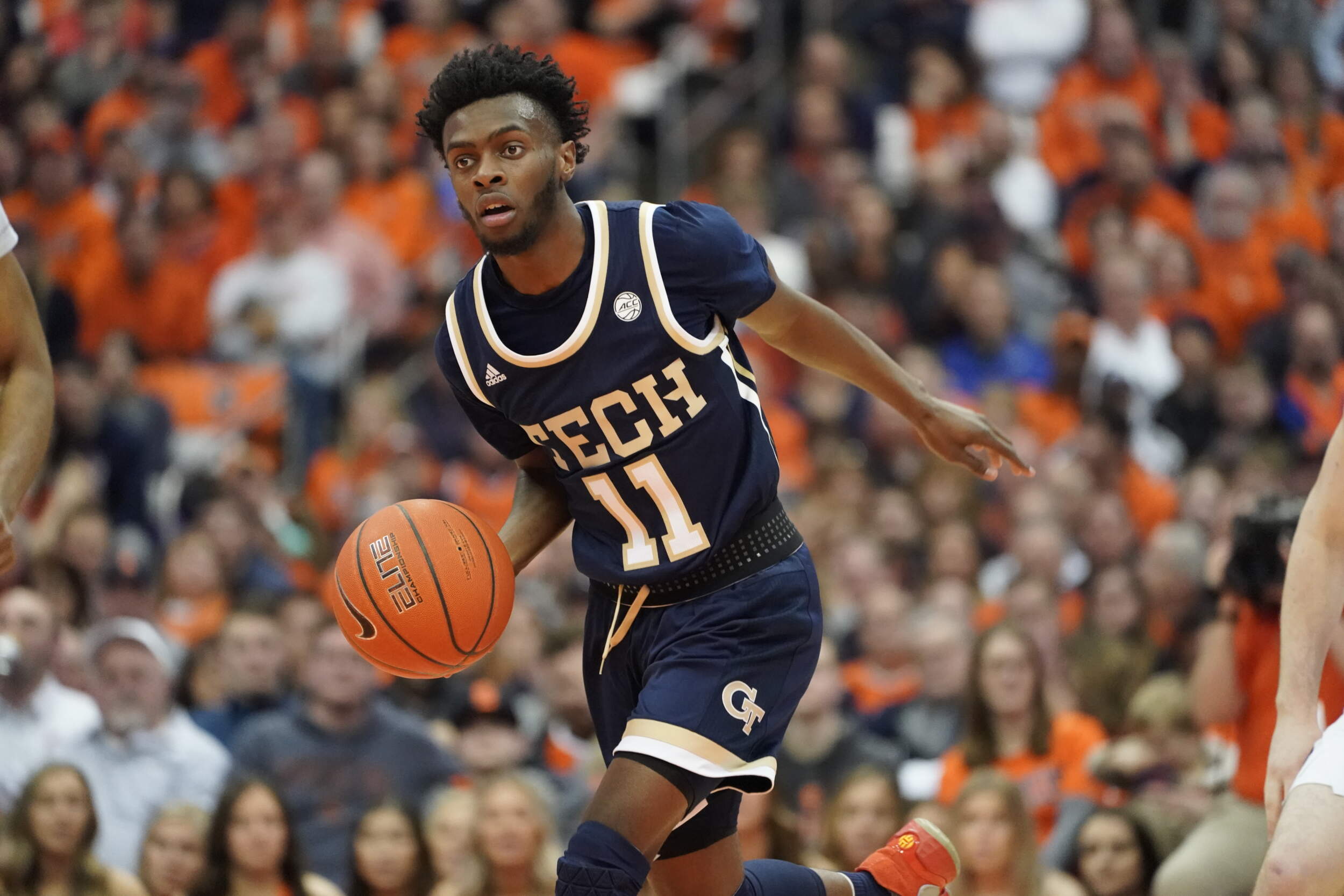 “I had family problems so I knew moving closer, not even an hour from home, would be the perfect chance for me to be able to get home when I need to. And also coming here for the basketball, for the great school, playing in the ACC. Everybody always said I was too small to play at this level, to play at any college level, so I wanted to play at the highest stage.”

What are your hobbies off the court?

“I love to bowl. I’m a really good bowler. I started young, too. Played in a lot of bowling leagues, I’ve got my own ball, my own bowling shoes. So, yeah, I’m really good at bowling.”

“I like all kinds of music. So I’ll listen to anything from R&B to country music.”

“Football. I started playing football as a kid and grew out of it in 8th grade and wanted to just focus on one sport.”

“The ability to go back in time. You can do all kinds of things if you could go back in time, you could make money, change your choices, change bad decisions you’ve made, so that’s perfect.”

What is your favorite sports movie?

“’Space Jam’. It’s just a classic movie, it’s got Michael Jordan. I grew up watching that.”

“’No matter what anybody tells you, if you put your mind to it then you can achieve it’. I lot of people have said that, my parents, high school coaches, a lot of people told me that.”

“I think it’s wonderful, loyal fans. It’s a nice arena, nice rims. I like the lighting too.”

What are your personal goals for the year?

“I want to make the NCAA Tournament. I want to play my game, play at the highest level, just affect the game any way I could.”