THE FLATS – The game format, rosters, honorary coaches and broadcast info for Georgia Tech’s 2019 spring game, presented by Nissan, have been finalized. The 2019 spring game is set for Friday at 7:29 p.m. at Bobby Dodd Stadium.

Admission and parking are FREE. The weather forecast calls for sunny skies and a temperature of 68 degrees at kickoff, perfect conditions for fans to accept the #404Takeover Challenge and be a part of a record-setting Georgia Tech spring game crowd.

There will be no special teams in the game (kickoffs, punts, field goals or PATs). Teams must go for it on fourth down. A turnover on downs will result in the opposing team taking possession at the spot where the previous drive concluded. Teams must also try for a two-point conversion following all touchdowns. 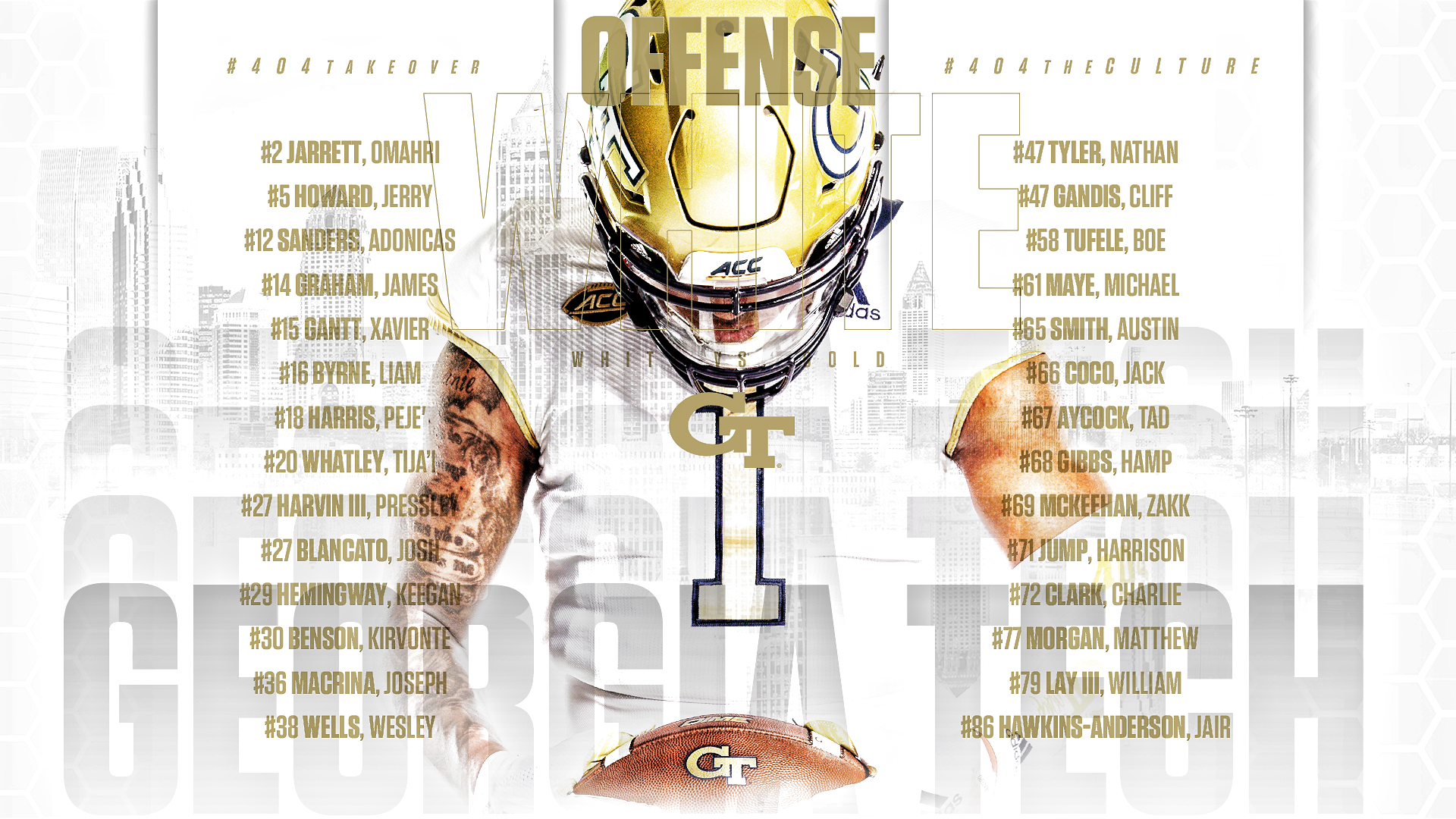 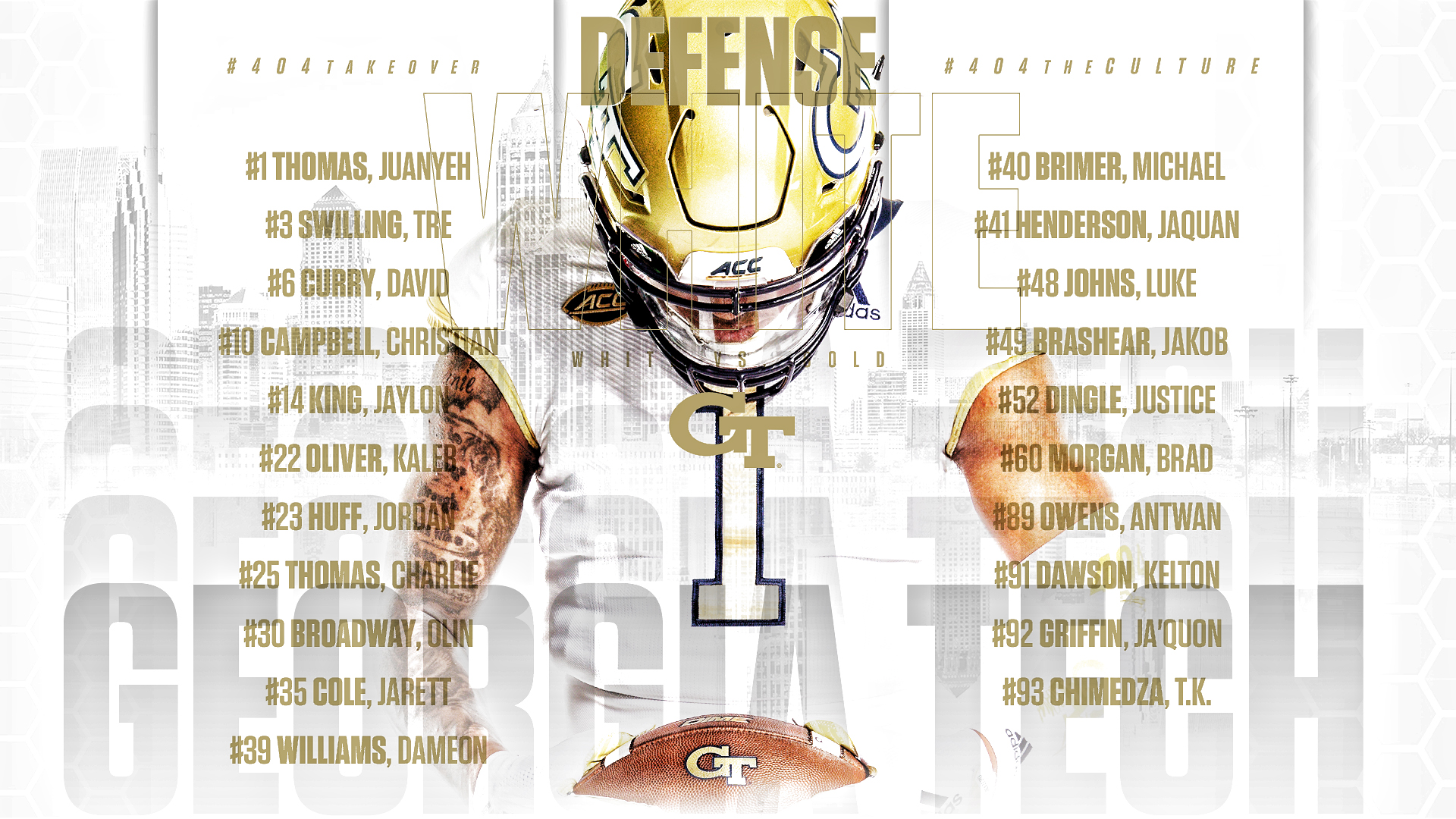 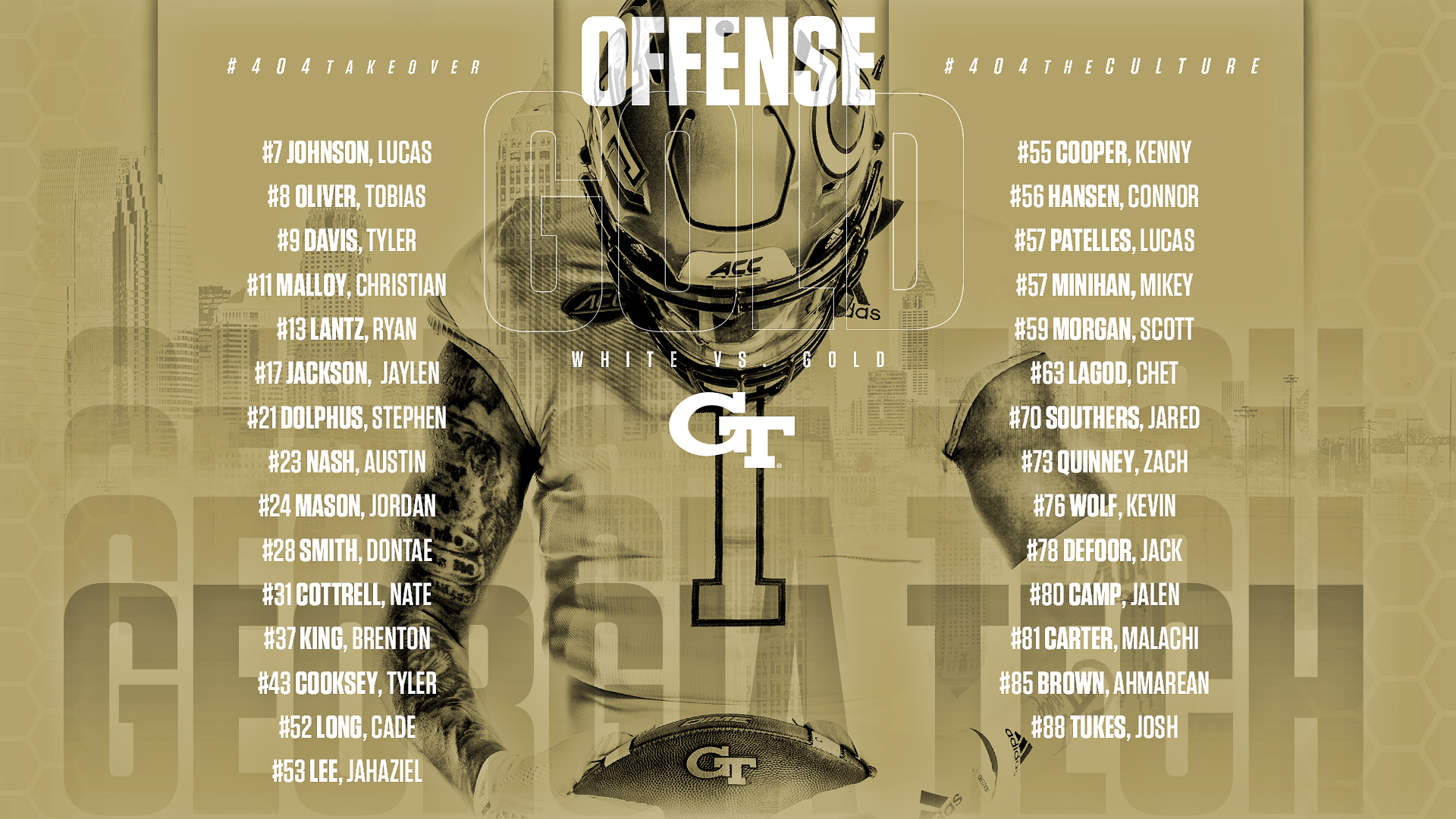 Ehmer (GT Class of 1989) is the CEO of Atlanta-based Waffle House and will be the honorary coach for the Gold team.

Sanders (GT Class of 1988) is vice president, Freestyle of Atlanta-based Coca-Cola and will be the honorary coach for the White team.