ATLANTA, Ga. – On Tuesday night at the College Football Hall of Fame, Georgia Tech’s James Clark (golf), Joonas Koski (men’s swimming and diving) and Brad Stewart (football) were recognized at the 35th annual Atlanta Sports Council Peach of an Athlete Banquet. The trio of Yellow Jackets were amongst 10 amateur collegiate student-athletes to receive the honor.

Each year, the Atlanta Sports Council and the Boy Scouts of America honor student-athletes from the state of Georgia, or who attend a college or university in Georgia, who exemplify good character and athletic achievement – characteristics taught in the Scouting program.

A native of Columbus, Ga., Clark is a two-time winner of the ACC Top Six for Service Award (2017-18), has organized a Project Life bone marrow drive and has continued to give back to the community during his four years as a member of the golf team. Clark has volunteered with the Michael Isenhour Toy Drive, Girls on the Run and FCA Leadership Team. A four-time member of the ACC Academic Honor Roll, he was also named to the ACC All-Academic Team in 2015 and was named a Golf Coaches of America Academic All-American in 2017. A business administration major, Clark attended Brookstone High School in Columbus, Ga.

A junior on the swimming & diving team, Koski has made an impact both in and out of the pool. In addition to breaking records in the pool, he serves the Atlanta community through various community service activities with the Kyle Pease Foundation, Egleston Children’s Hospital and Big Kid on Campus. He was also a member of the GT athletics’ inaugural Jackets Without Borders trip in 2017 that went to Costa Rica to build a sports court for a community in need. His community service has extended beyond US borders having participated with Volunteers Around the World with a dental outreach trip to the Dominican Republic. A biology major with a minor in Spanish, Joonas attended Northview High School in Johns Creek, Ga.

Stewart was one of Georgia Tech football’s leaders on the field, in the classroom and in the community during his four-year career with the Yellow Jackets (2015-18). For his efforts in the classroom, he was named a semifinalist for the 2018 Campbell Trophy, which is presented annually to college football’s top scholar-athlete. Among his service activities, he participated in GT athletics’ Jackets Without Borders service trip to Puerto Rico to help rebuild homes destroyed by Hurricane Maria in May 2018 and organized teammates to assist with a Habitat for Humanity house build in Atlanta in July 2018. He was a candidate for the 2018 Wuerffel Trophy, known as “College Football’s Premier Award for Community Service,” and presented annually to the NCAA Division I FBS student-athlete that best combines exemplary community service with athletic and academic achievement.

All three are active members in Georgia Tech’s Student-Athlete Advisory Board (SAAB) with Clark serving as president and Kooski as the Community Service Committee Chair.

About the Peach of an Athlete Award
For over 30 years, the Peach of an Athlete Awards Banquet honors athletes and community leaders that hold the same values as Scouting and benefits the programs of Atlanta Area Council and Boy Scouts of America. The Scouting organization takes great pride in recognizing those who serve as good “Role Models for Youth.” 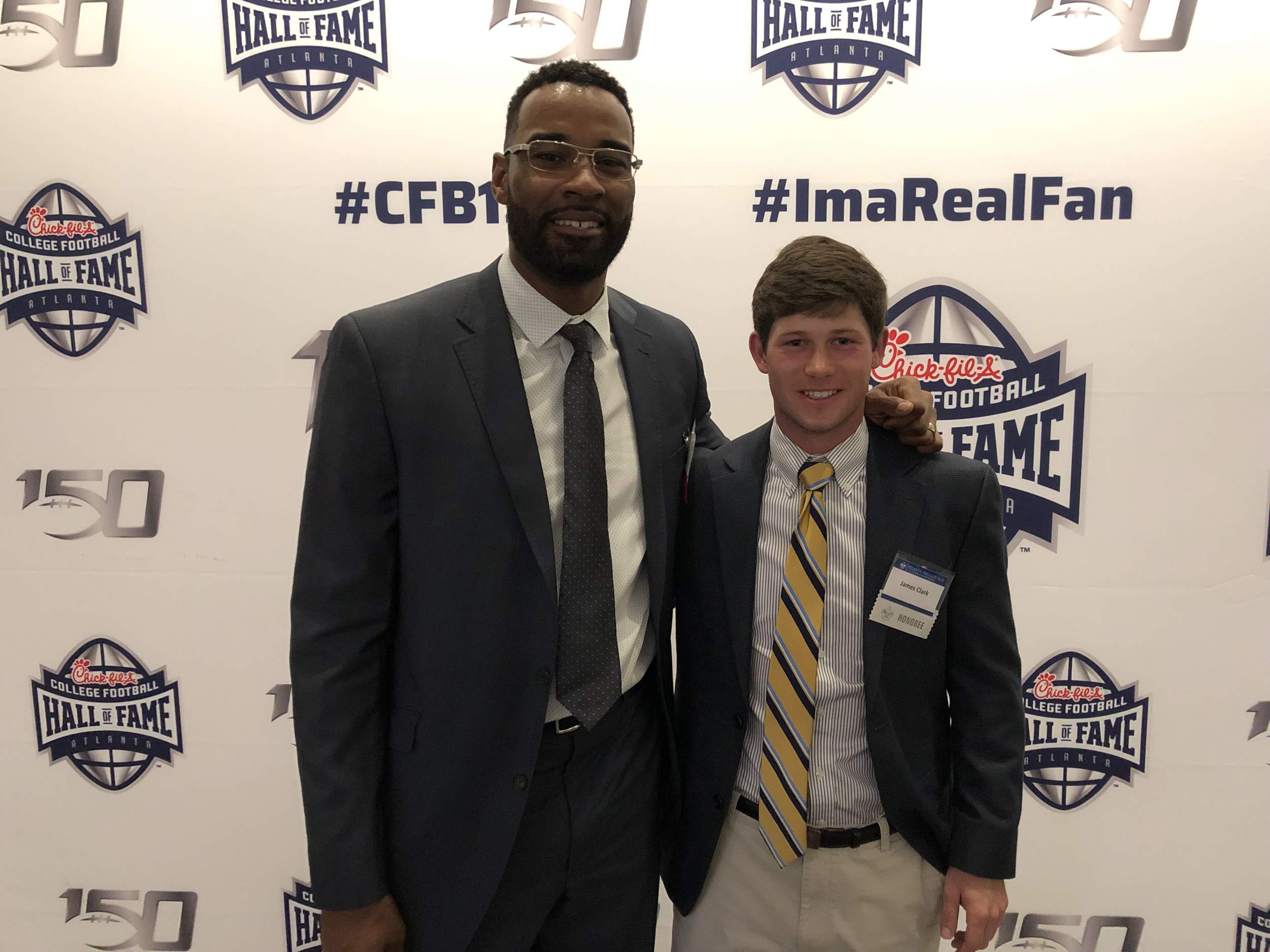 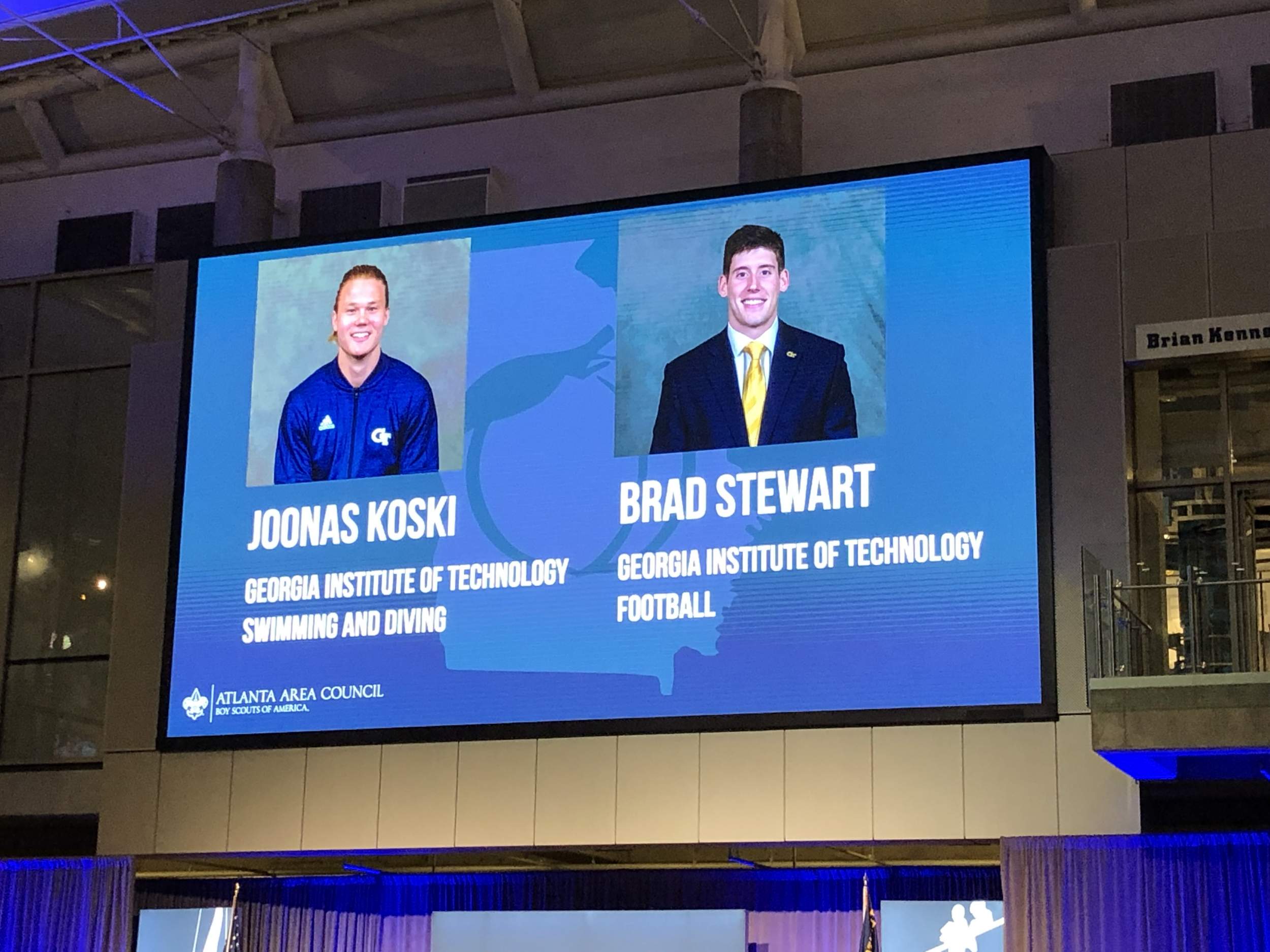