THE FLATS – Game times have been set for Georgia Tech’s first two football contests of 2019, the Atlantic Coast Conference announced on Wednesday. The Yellow Jackets will kick off the season at Clemson on Thursday, Aug. 29 at 8 p.m. and open the home portion of their schedule on Saturday, Sept. 7 vs. USF at 2 p.m. Both games will be televised live on the ACC Network.

The primetime season opener at Clemson will be the first-ever live football game shown on the ACC Network, which officially launches on Thursday, Aug. 22, a week prior to the GT-Clemson duel.

The home opener versus USF will mark the first time that the ACC Network airs a game from one of college football’s most recognizable venues, Tech’s Bobby Dodd Stadium. 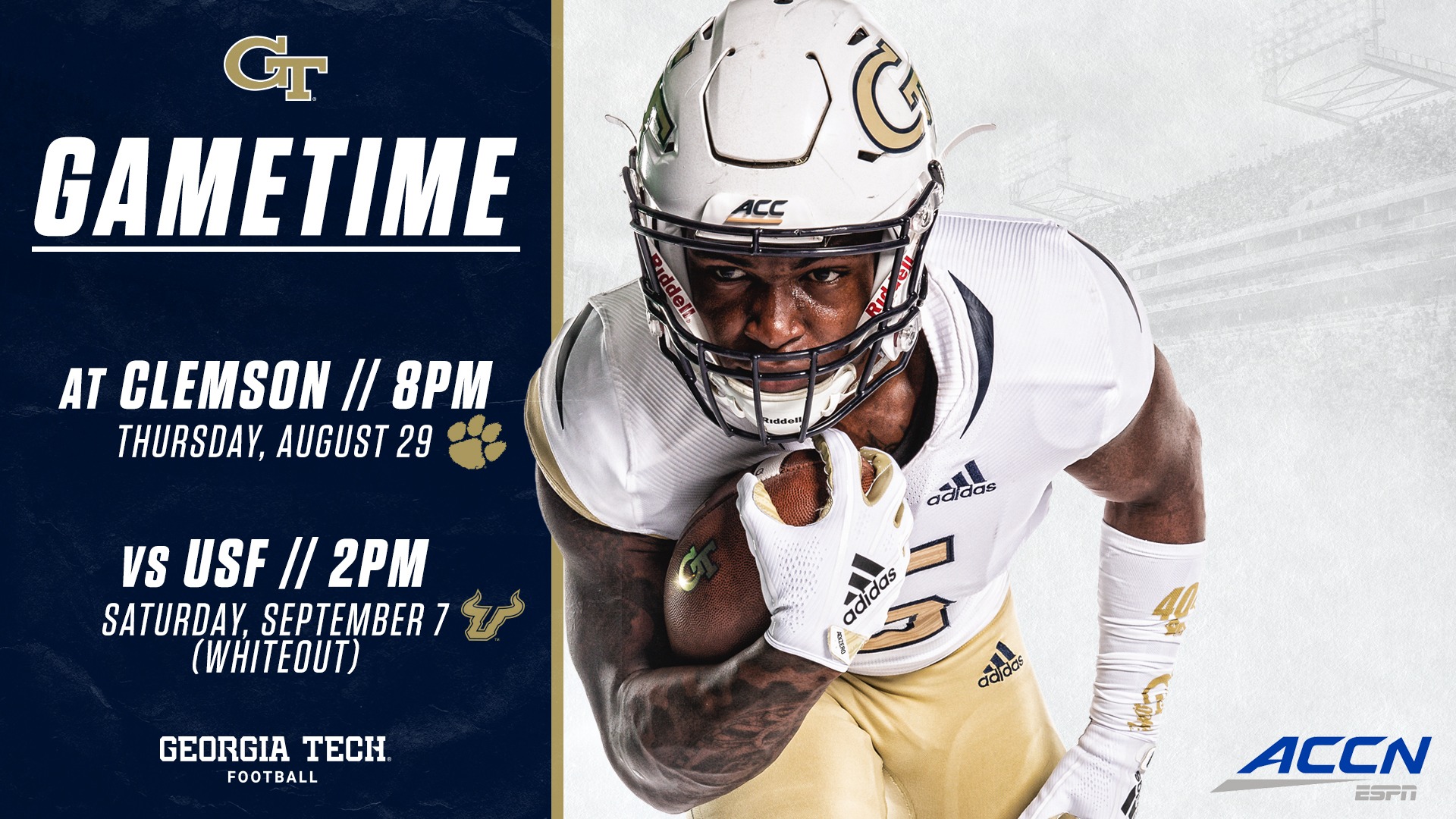 The ACC Network is a linear and digital platform dedicated to 24/7 coverage of ACC sports. It will televise approximately 450 live events each year, including approximately 40 football games and 150 men’s and women’s basketball contests. 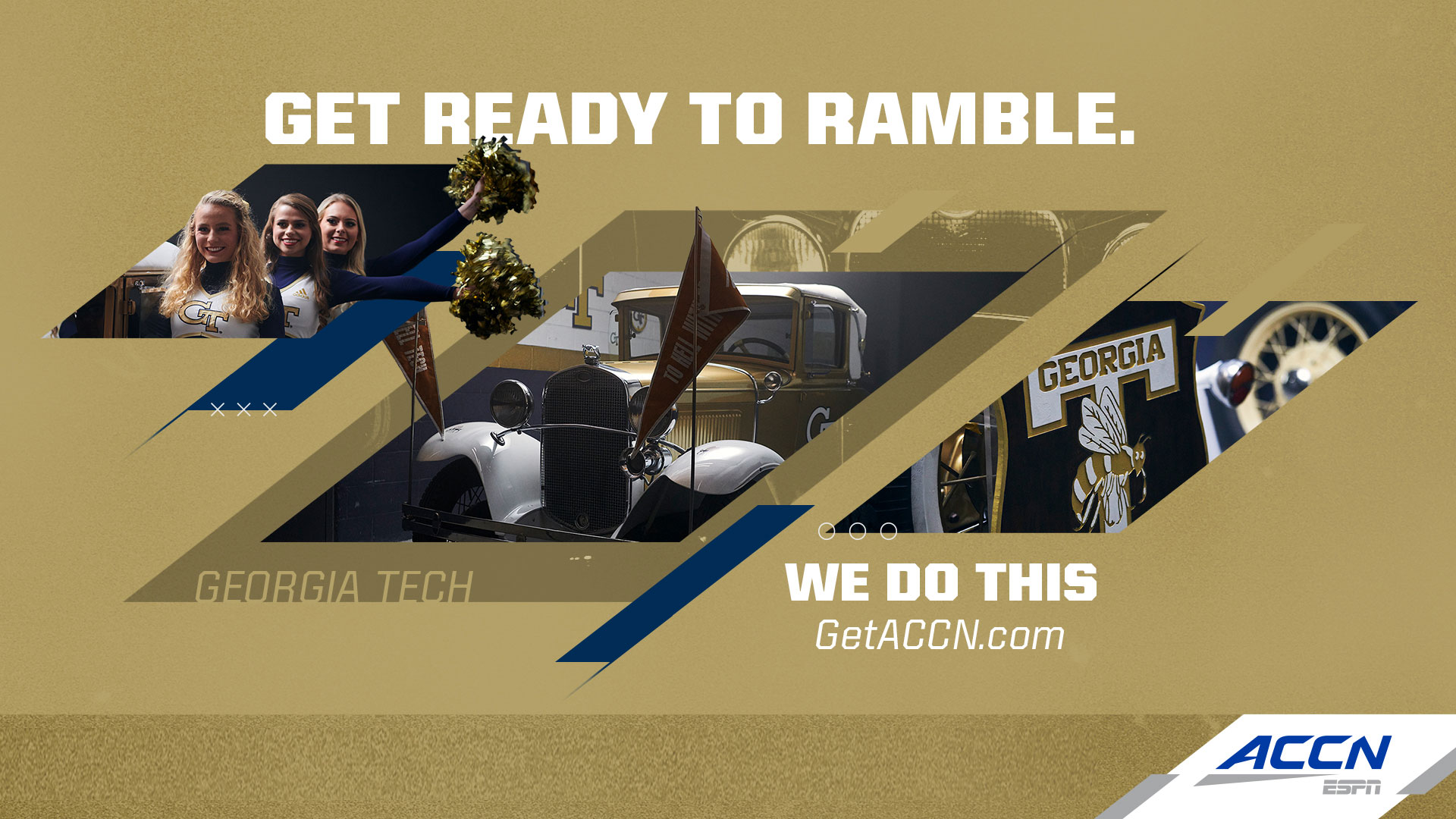