THE FLATS – After setting or matching five school records with a 100-yard kickoff return versus No. 5 Georgia, Georgia Tech freshman Juanyeh Thomas (Niceville, Fla./Niceville) has been named the Atlantic Coast Conference Specialist of the Week, the ACC announced on Monday. 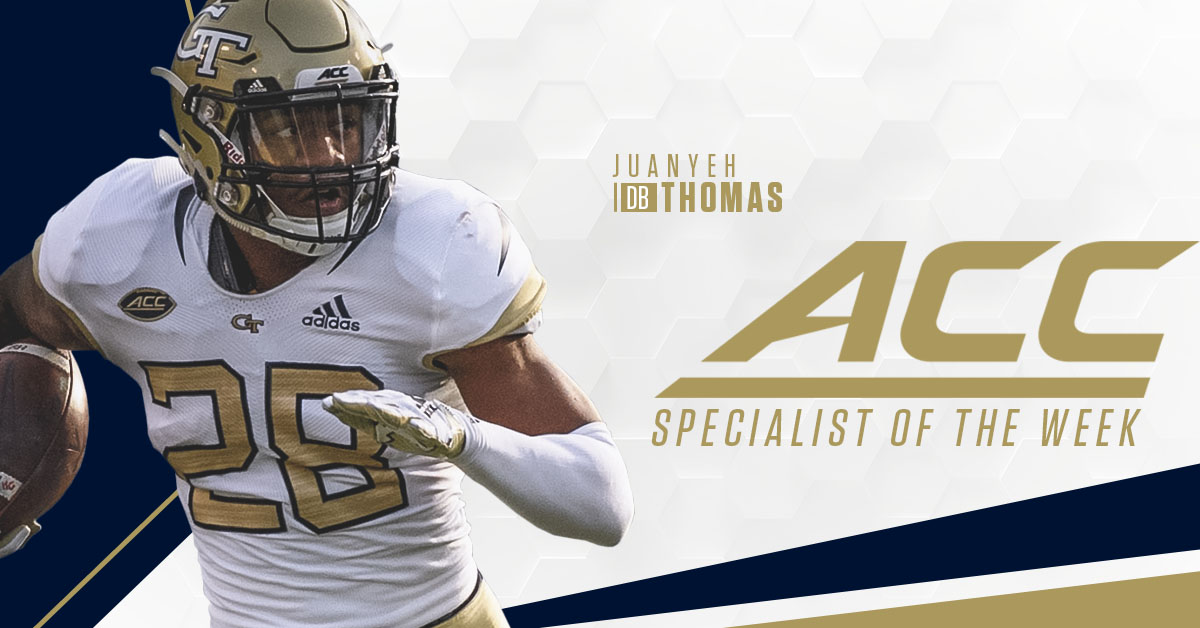 Thomas’ 100-yard return in the first quarter of the Yellow Jackets’ 45-21 loss to fifth-ranked UGA broke or tied the following Georgia Tech records: 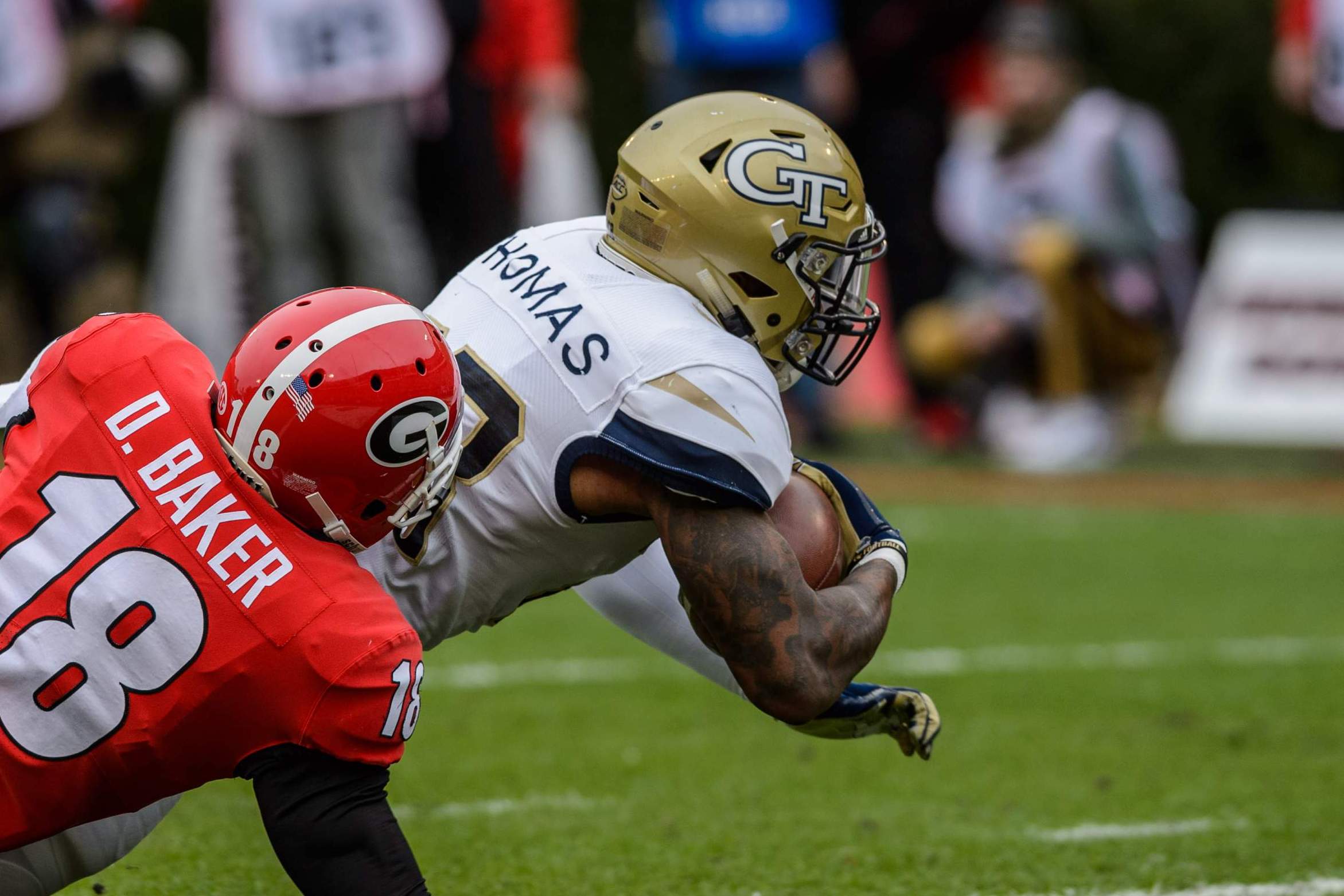 Juanyeh Thomas lunges into the end zone at the end of his 100-yard kickoff return for a touchdown versus No. 5 Georgia.

With Thomas’ recognition, at least one Yellow Jacket was named an ACC Player of the Week in each of the last five games of the regular season and six of the last seven games of the campaign.

Georgia Tech ended the regular season at 7-5 overall and 5-3 in ACC play, good for a solo second-place finish in the ACC Coastal Division, and earned a bowl berth for the 20th time in the last 22 seasons. The Jackets will learn their bowl destination on Sunday (Dec. 2).