Lou Young has done this before, and in fact regularly while playing football at Georgia Tech he drew attention upon impersonating teammates and coaches, but what he’s doing now is different level.

For a while now he’s been mimicking Steve Harvey, the comedian and game show host. Harvey noticed, signed him to his agency, and is now helping to promote him.

Young calls himself “Shleve Harvey” in his videos, and he’s appeared side-by side with Steve a few times with appearances on the “Family Feud” and “Miss Universe” shows where Harvey is the on-air host. Get a load of this:

While a cornerback for the Yellow Jackets from 2010-13 and a three-year starter, Young showed early inklings of his comfort in front of the camera and comedic timing. The communications staff tapped Young to star in a PSA of sorts demonstrating the dos and don’ts of interacting with the media. His performance was a hit with teammates and coaches, and Young says it provided an inspirational spark.

He’s definitely a funny guy now, as you can see in videos that are reachable on his social media platforms on YouTube, Instagram and Twitter among others. Don’t be surprised if you see him soon on Georgia Tech’s social media, imitating head football coach Geoff Collins, who is, by the way, a great subject matter for imitation.

Young, in fact, was on campus recently to meet with department officials, and he noticed the way Collins waves his right hand around when addressing media.

This started simply a few years ago, while Young bounced around with multiple NFL teams, with self-made videos of himself impersonating various famed people like actors Denzel Washington and Will Smith. 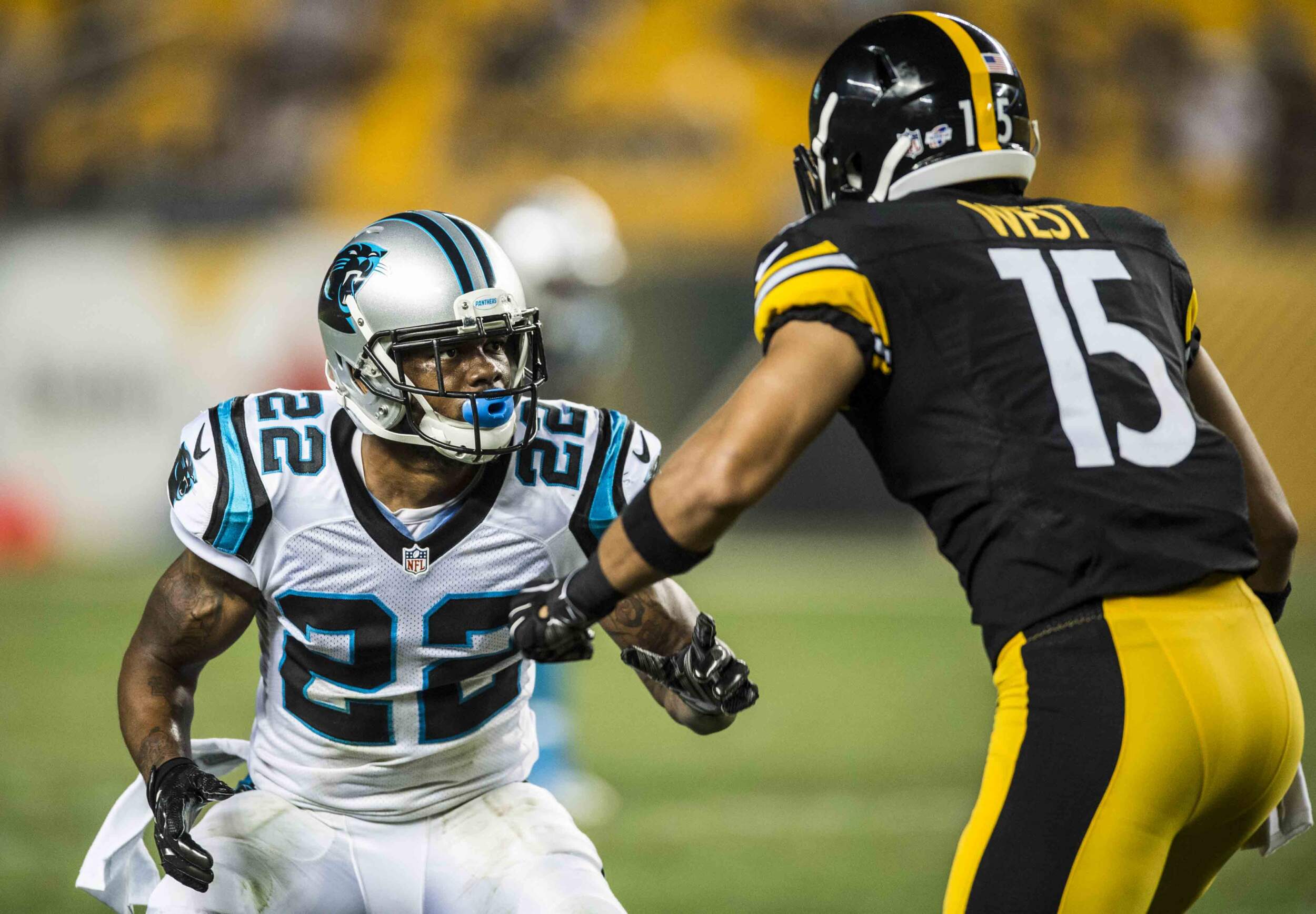 Lou Young, who played cornerback at Georgia Tech from 2010-13, went on to enjoy a five-year NFL career.

He says not as spot-on with voice imitations as is Frank Caliendo, who is so good imitating NFL figures in particular, but Young consistently hits the mark on the body language of his subjects.

When he does Harvey, he slaps a silly over-sized mustache on his face and puts a stocking cap on his head to make himself look something more like Harvey, a bald man.

“I always would impersonate my coaches and teammates. From there, I knew that’s what I was going to do. Even when I was in the [NFL], I was impersonating coaches,” Young said. “I’ve impersonated Will Smith, Denzel Washington, some players. I just put my stamp on it. I film everything at my house in the living room, or a different setting.”

Young made at mark at Tech from 2010-13. The Washington, D.C. native registered 134 tackles over the course of his college career with five sacks and four interceptions.

After turns in the NFL with the Broncos, Ravens, Jaguars, Panthers, Redskins and Cardinals, he played in 2019 with the Atlanta Legends in the American Association of Football. He lives in Atlanta now, less than 10 minutes from campus.

“While I was playing in AAF . . . I started making videos, and put them on my platforms,” he explained. “I’d like to get into film and acting. While I was in the AAF, I thought one of these was going to pop, and somebody’s going to catch it.”

Steve Harvey caught it, and embraced it, as you can see here:

Young signed last fall with Steve Harvey Global, an agency and production company that, according to its website, “develops and produces content across digital, documentary and feature films, animation, and scripted and unscripted TV.”

Football was great, and Young would in some ways love to still be playing it, but he doesn’t miss all the injuries.

“I think at this stage of my life I’m good. I miss being in the locker room and kicking it with my boys,” he said. “I’m a fan. I’m a sports fanatic.”

Now, though, Young is working on building a career in entertainment.

Through Steve Harvey Global, “I have a few meetings coming up with comedy writers,” he said. “My ultimate goal is to have my own show . . . and then help other people who want to do this.”

Young earned a degree in business administration from Georgia Tech, and he has a good idea about the elements of building a brand. That’s why he’s so prolific on social media. Collins is also big on social media. The two met recently to explore opportunities for collaboration.

“We were talking about doing content [and] about getting more people to Tech,” Young said, specifically mentioning his and Collins’ mutual desire to intertwine the Georgia Tech football brand with the city of Atlanta.