#TGW: Logging Off, Locking In

Here’s a summary: The sun came up, the players went to class, watched film from Saturday, put on their workout gear and went to practice.

All that may have come as news on the Twittersphere and other social media outlets, which had spent Saturday night and Sunday throwing dirt upon the grave of the 2018 season, after Saturday’s loss to No. 3/2 Clemson.

There was no reaction to this news flash on social media — or any actual ones — inside the Jackets’ locker room.

“I’ve gotten rid of Instagram, I got rid of Twitter,” said quarterback TaQuon Marshall, who took both off his phone — he kept Snapchat and is still available by text if you’re privy to his phone number. “I put them to the side. It’s just too much of a distraction. It makes me too frustrated so I had to get rid of it.

“Some people can just brush it to the side, which is what I normally do. I didn’t really have this problem last year so I was able to keep it throughout the year,” he added, with a laugh. “Everyone’s different so if they want to keep it and they want to stay on it, I’m fine with it. But if it’s a distraction and they make it known that it’s a distraction I’d probably be like, ‘Hey you might as well just get rid of it until the season’s over.’”

While Marshall has rid his phone of social media, he’s holding tight to his resolve to finish the 2018 season and his college career strong.

“On Monday, when we got done watching the film, we stayed in the meeting room with the quarterbacks and B-backs, and I just let them know, ‘It’s not over,’” he said. “I think it’s hard for people that are outside to really understand that we’re only four games in. We have eight left. The season’s not a sprint, it’s a marathon.

Head Coach Paul Johnson issued the same message at his Tuesday morning press conference. He pointed toward this Saturday, choosing his own cliche, which is undoubtedly great for re-Tweets, but was just as sincere in his belief.

“Right now I’m worried about beating Bowling Green. We’ve got to play better and win the game on Saturday,” Johnson said. “I’m not ready, by any stretch, to give up on this team. There’s eight games left. What we need to do is go out there and win this game and then start to build and gain some momentum and play through it. It’s still September. That’s why it’s a little premature to give up.” 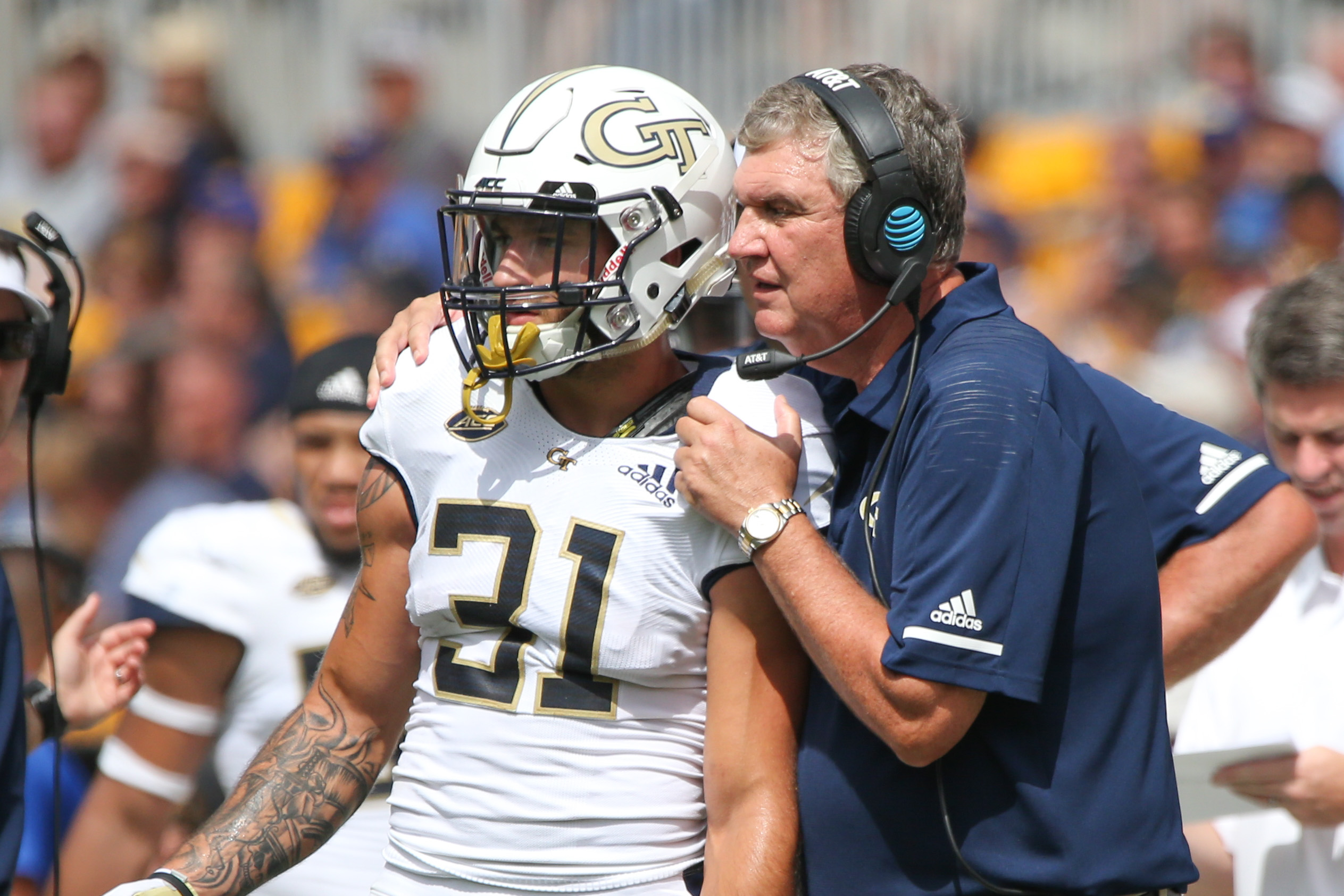 "I’m not ready, by any stretch, to give up on this team. There’s eight games left. What we need to do is go out there and win this game and then start to build and gain some momentum and play through it."

Johnson has backed up his sincerity — being as hands-on as he promised following Saturday’s loss to Clemson.

“We’re definitely working on the quarterback-A-back and -B-back pitch relationship because that’s something that we’ve been having trouble with,” said Marshall. “I get feedback from [Johnson] after every play just to make sure that I’m doing the right thing, make sure that I’m getting downhill, make sure everything is correct. So I’m definitely getting a lot more feedback. I’m out there to get coached so I take everything in so I can put it into my game.”

“He was for real about what he said [in Saturday’s postgame press conference],” said Mason, who continues to split time with the ones in practice, with sophomore Jerry Howard. “He was there. Every play. If you did something wrong, he was on you. He just wanted everyone to know what they were doing.”

While Johnson being more of a presence in drills is new this week, Tech’s focus on fundamentals is not.

“It’s not like we haven’t worked on fundamentals and now we’re going to go back and do it,” he said. “We’ve just got to re-emphasize that stuff and we’ve got to do a better job coaching it.”

Similarly, the defensive side is working on smoother exchanges — exchanges of information, specifically plays getting called and information being distributed to everyone. The unit believes it’s making progress and promises to be even better this week against the fast-paced Falcons.

“We met all together as a defense to work on that because it’s the third [time in four games] that we’re facing it. We want to make sure we’ve got everything down pat,” said senior cornerback Lamont Simmons. “It’s definitely a struggle when you have a fast-paced offense. They already have a couple of plays in mind that they want to run. They’re lining up pretty early. As a defensive player, you have to get the play from the sideline, line up, make sure you’re in the right alignment, know what coverage you have to be in — just being ready. That’s why we’re working on it.”

“It’s just communication,” said senior defensive end Desmond Branch. “From getting the call. If you’re running a stunt, making sure you’re on the same page so it doesn’t leave a wide-open lane. If you’re in coverage, how you’re going to shift. Little things to avoid big plays.

“There’s really no excuses,” he added. “If you can’t do something as simple as talking to help carry something over or talking to help someone with a stunt, something with communication that’s so easy, that’s unacceptable. You can’t attribute that to anything but not focusing on what you’ve got to do.”

Senior linebacker  Victor Alexander finds social media and finger-pointing something the team should not focus on.

“I know one thing we can’t do is beat up on each other,” he said. “We’re leaving that to social media right now. The team can see stuff like that and be down on each other. Jokingly or not, at some point somebody goes home and is like, ‘Dang, I can’t do this anymore.’ But you’ve been doing this all your life. You can’t let two games, three games define who you are as a player. We can’t listen to outside the locker room and let that affect us inside the locker room. That will break down the team.

“You break down the team, the fans will really be [upset],” he added, with a laugh. “You think our fans are [upset] now? Wait until you have a team that doesn’t want to play with each other, guys going out there not caring. We just have to overcome these situations and stay together.”

Alexander is confident this team cares and that the defense’s best days are still ahead this season.

“We’re going to be top of the line,” he said. “We’re getting everything together now. The first half of the Clemson game, that wasn’t coincidence. We came out and were playing hard ball. Learning our assignments and getting things together, it’s still going to take some work to keep it going like that but by the end of the season, you’re going to see a totally different defense and offense. I guarantee it.”

The first order of business is simply getting a win.

“A win would definitely help turn the mindset around because it’s not fun losing,” said Branch. “It gets you in a bad place as a team. A win gets the ball rolling, you start feeling good about yourself.”

“The goal is to get the win,” said Marshall. “As long as at the end of the game we’re singing the fight song and we have more points than they do, that’s all I really care about.

“At the end of the year, if we’re in Charlotte and things are on the high, all the people that have been hating on us these past four weeks will be right back on the train,” he added.

Johnson believes that the team can turn things around and take the train all the way to Charlotte.

“If you’re asking me if we still have a chance to win the Coastal, absolutely” he said. “We’ve won the thing with a 5-3 record before (2008 and 2012). There’s a ton of football left. I don’t have much doubt in my mind it could happen. If we finish 6-2 in the ACC Coastal, I’d take it right now. I like my chances of winning at 6-2. Now I could be wrong. [A team] may run the table. But right now I’m not worried about that.”