THE FLATS – Georgia Tech junior Jordan Mason (Gallatin, Tenn./Gallatin) is a preseason candidate for the 2020 Doak Walker Award, which is presented annually to college football’s top running back. The official Doak Walker Award Watch List was announced by the PwC SMU Athletic Forum on Wednesday. 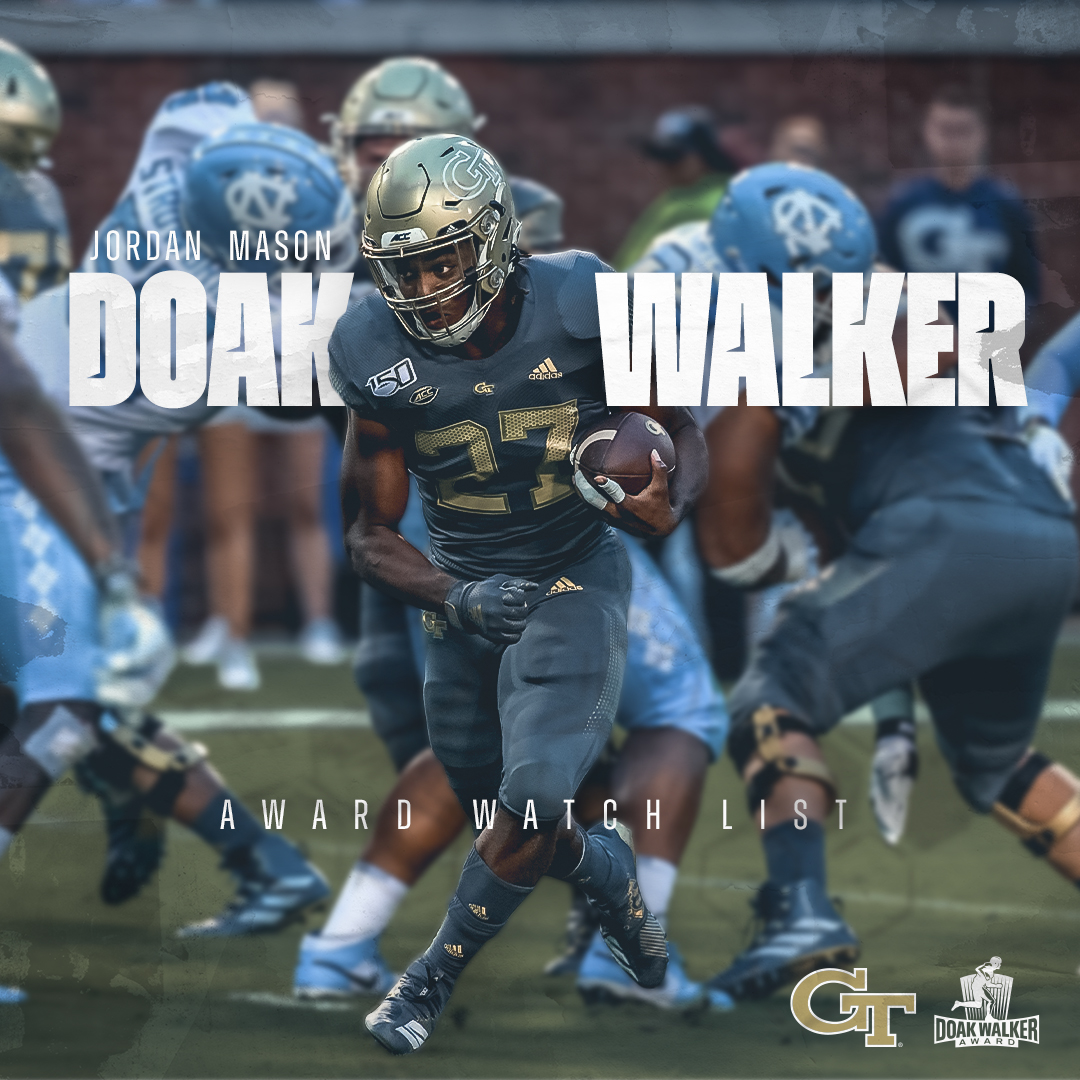 Mason earned third-team all-Atlantic Coast Conference honors after rushing for 899 yards and seven touchdowns as a sophomore last season. He ranked among the nation’s top 70 in rushing yards, rushing yards per game (74.9) and rushing yards per carry (5.23). He ran for 100 yards three times in 12 games, including 141 yards apiece in wins over Miami (Fla.) and NC State. He also had 99 rushing yards in a victory over South Florida.

The PwC SMU Athletic Forum will pare the initial watch list to 10 semifinalists in early November and three finalists later that month, with the winner of the 2020 Doak Walker Award announced during the 2020 Home Depot College Football Awards Show in December.

The award is named for legendary SMU running back Doak Walker. It is the only major college football award that requires all candidates be in good academic standing and on schedule to graduate within one year of other students in the same academic classification.

Mason and the Yellow Jackets are scheduled to open the 2020 season on Thursday, Sept. 3 with a primetime matchup versus defending national finalist Clemson at Bobby Dodd Stadium. 2020 Georgia Tech football season tickets are on sale now. The Yellow Jackets’ seven-game home schedule is one of the best in program history, featuring matchups at Bobby Dodd Stadium versus Clemson, Miami, Virginia and UCF, as well as the inaugural “Mayhem at MBS” showdown against Notre Dame at Mercedes-Benz Stadium on Nov. 14. Season tickets start at just $229 and include the Mayhem at MBS contest versus Notre Dame. For more information and to purchase tickets online, visit ramblinwreck.com/footballtickets.