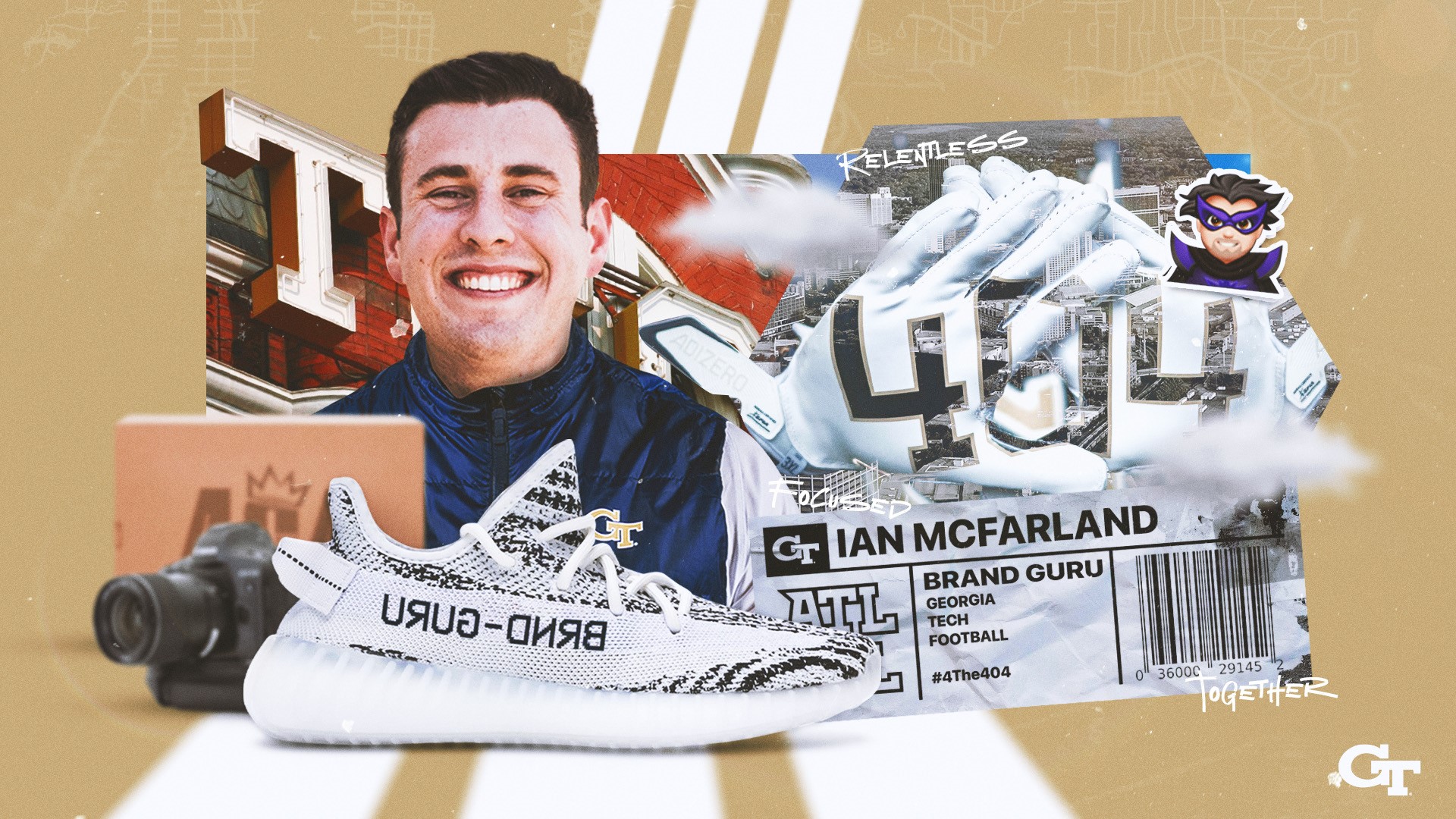 McFarland comes to Tech from Louisville, where he spent the past year as a graphic designer in the Cardinals’ football recruiting office. Prior to that, he spent a year at Notre Dame as a football social media and design assistant for the Fighting Irish. In both roles, he worked directly with the programs’ recruiting directors to elevate the visual brand and awareness of their programs for current and future student-athletes and fans.

McFarland got his start in Division I football at his alma mater, North Texas, where he served as a student graphic designer for two years (2017-19). At UNT, he worked alongside Georgia Tech’s current running backs coach and offensive recruiting coordinator Tashard Choice.

“I’m really excited to bring Ian on in the role of our brand manager,” Collins said. “Elevating the brand of our program and our amazing student-athletes, while also embracing our location in the city of Atlanta, is so important to everything that we do, and I think Ian will do an outstanding job in this very important role.”

Georgia Tech is in the midst of offseason workouts, as it prepares for its spring practice season, which will begin next month. Dates for the Yellow Jackets’ spring season, including the annual spring game, will be announced in the near future.