Eley has two seasons of eligibility remaining and McGowan has one season of eligibility remaining. Both graduated from their previous institutions in December and have begun master’s programs at Georgia Tech. They will participate in football activities with the Yellow Jackets this spring, including spring practice, and, as graduate transfers, are immediately eligible to compete in games this fall.

“We’re really excited to add Ayinde and Kyric to our program,” Collins said. “They’re both outstanding players that will have a chance to contribute on the field, but more importantly, they’re great young men that work really hard athletically and academically, as evidenced by the fact that they both earned their bachelor’s degrees in just three-and-a-half years. They will be a great fit for our culture and the Institute.”

AYINDE ELEY
LB, r-Jr., 6-3, 240
Olney, Md./Good Counsel (Maryland)
Graduate transfer from the University of Maryland … Has two seasons of eligibility remaining … Appeared in 26 games and made 11 starts over three seasons at Maryland (2018-20) … Earned honorable-mention all-Big Ten after tallying 79 tackles, four tackles for loss, a half-sack, two fumble recoveries, an interception and five passes defended in 11 games (nine starts) as a sophomore in 2019 … Had a career-high 12 tackles at Rutgers on Oct. 5, 2019 … Recorded 13 tackles in 12 games (one start) as a redshirt freshman in 2018 and 19 tackles in three games (one start) during the pandemic-altered 2020 campaign … Totaled 109 tackles, five tackles for loss, three fumble recoveries, two interceptions and eight passes defended in his 26 games at Maryland … Was a rated as a four-star prospect by Scout coming out of Good Counsel H.S. in 2017 … Also tabbed as the No. 2 outside linebacker in Maryland, the No. 4 OLB in the East region and the No. 22 OLB in the nation by Scout … Coached at Good Counsel by Bob Milloy … father, Donald Hill-Eley, played football at Virginia Union University … mother, Dr. Songhai Barclift, is an obstetrician … Ayinde graduated from Maryland in December 2020 with a bachelor’s degree in family science … He earned his bachelor’s degree in just three-and-a-half years. 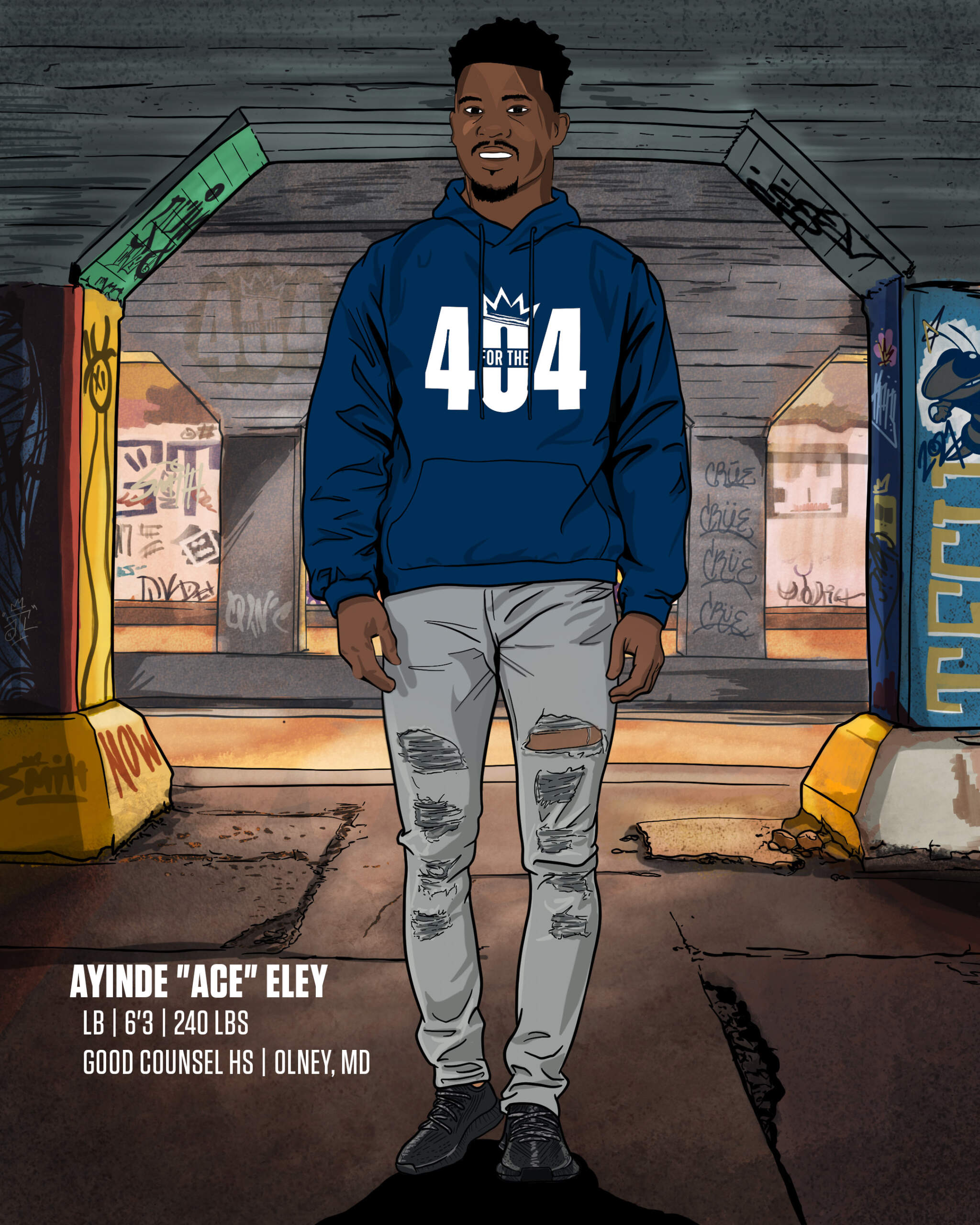 KYRIC McGOWAN
WR, Sr., 5-11, 205
Dalton, Ga./Dalton (Northwestern)
Graduate transfer from Northwestern University … Has one season of eligibility remaining … Amassed 1,677 all-purpose yards (802 receiving, 531 kickoff return, 352 rushing) and scored four touchdowns (two receiving, two rushing) in 42 games over four seasons at Northwestern (2017-20) … Helped lead Northwestern to two Big Ten West Division titles (2018 and 2020) … Ranked second on the team in receptions (34) and receiving yards (366), led the squad in kickoff returns (7) and yards (178) and also added 141 rushing yards (good for sixth on the team) in just eight games in 2020 … Had at least two receptions and one rush in every game he played in 2020, helping the Wildcats to a 7-2 record, their second Big Ten Championship Game appearance in three seasons and a Citrus Bowl win over Auburn … Academic all-Big Ten honoree … Was ranked as a three-star prospect by Rivals, 247Sports and ESPN coming out of nearby Dalton H.S. in 2017 … Honorable-mention all-state selection … Earned first-team all-region, all-area and “Best of Preps” honors … Served as a team captain as a senior in 2016, helping lead Dalton to No. 1 in the Georgia 6-A state rankings … Four-time scholar-athlete honoree … Member of the National Honor Society … Coached at Dalton by Matt Land … Also lettered in track and field (100m, 4x100m, long jump) and baseball (center field) at Dalton … Attended the same high school as Georgia Tech freshmen Jahmyr Gibbs and John Ross. 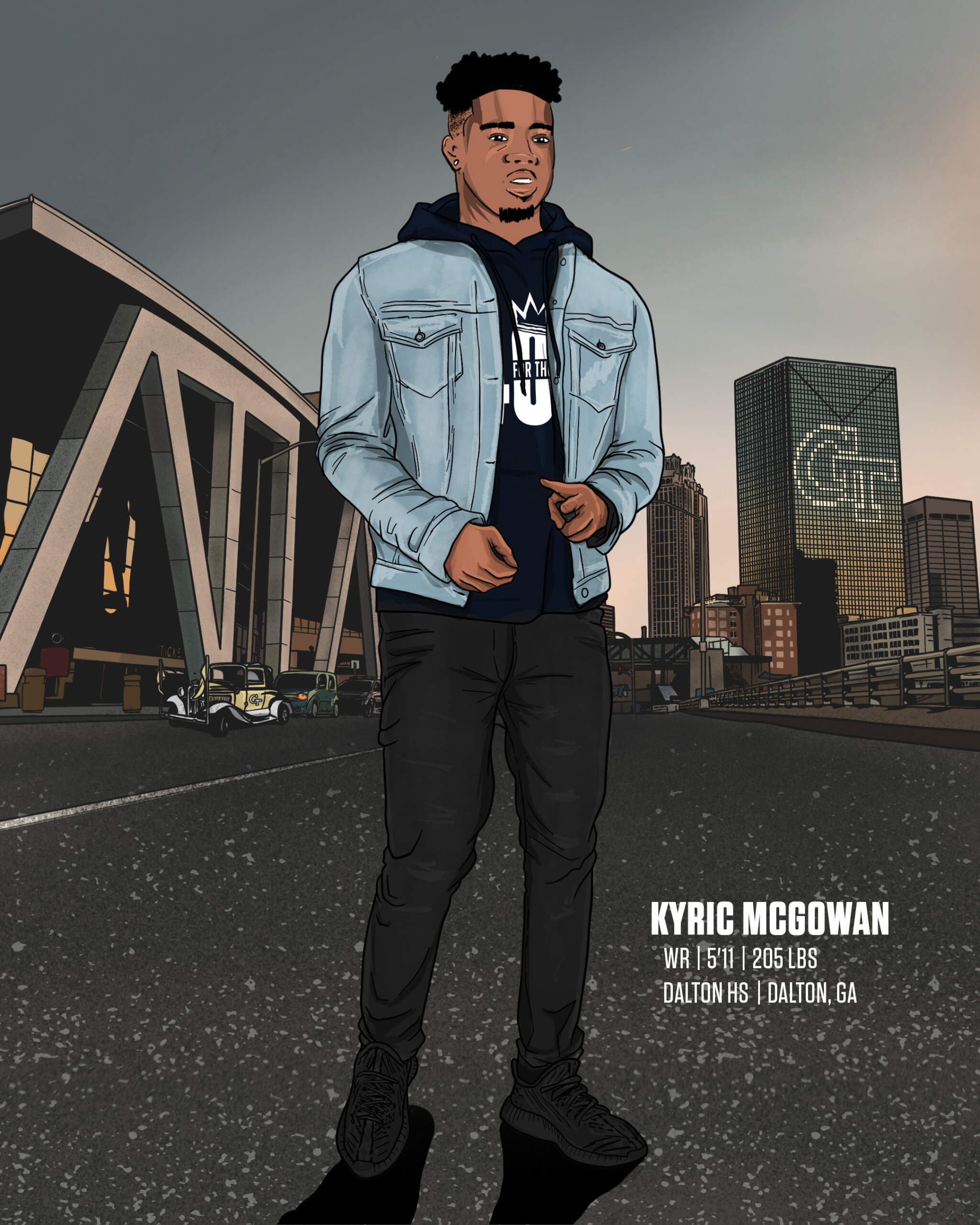