THE FLATS – Georgia Tech football junior defensive back Tre Swilling is one of 42 candidates on the official watch list for the 2020 Lott IMPACT Trophy. The Lott IMPACT Trophy annually recognizes the college football student-athlete that best combines personal character and athletic excellence on the defensive side of the ball. 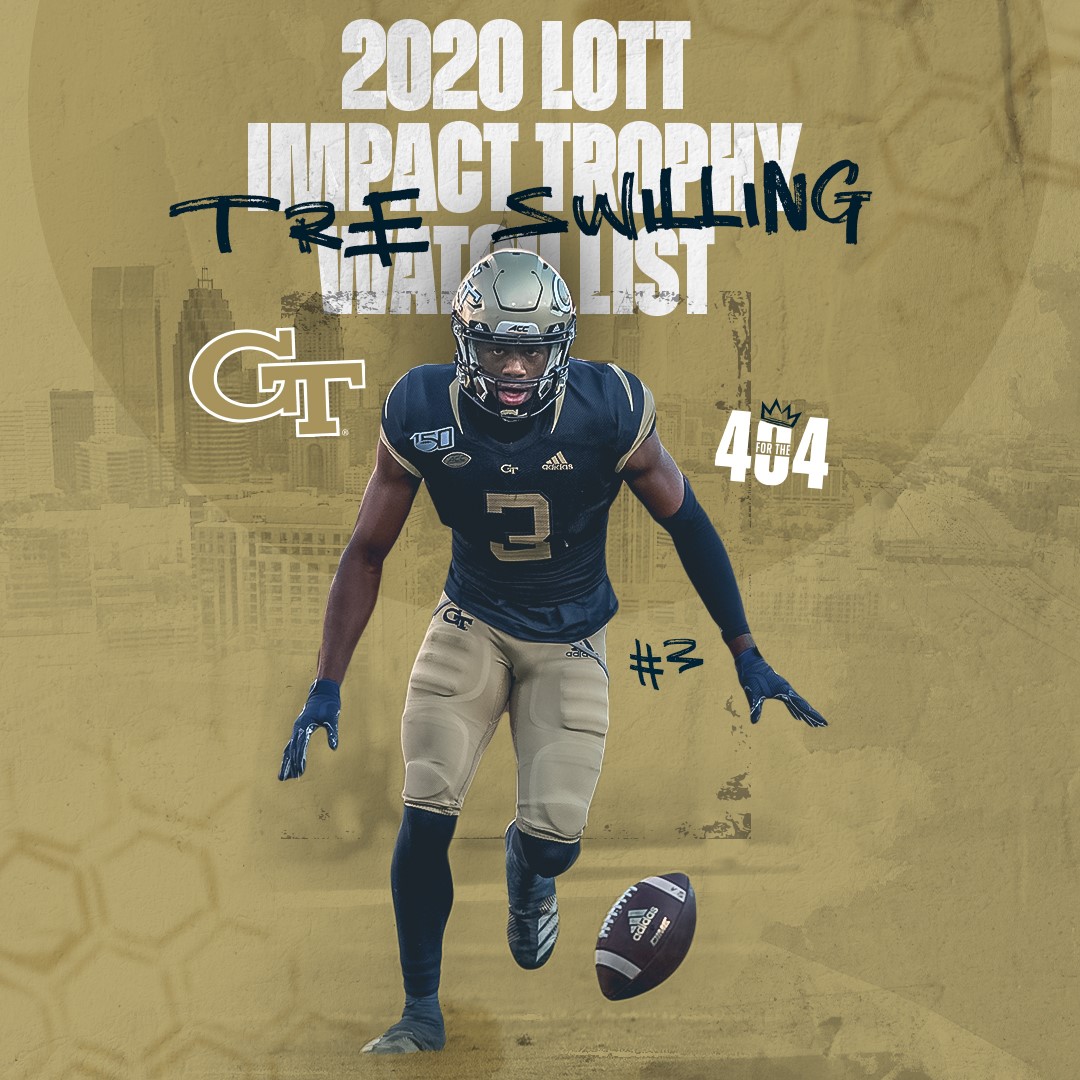 Swilling is one of only nine Atlantic Coast Conference representatives on the Lott IMPACT Trophy’s 2020 watch list. He earned honorable-mention all-ACC recognition as a sophomore last season after tying for ninth in the conference with 11 passes defended. He also recorded an interception, 23 tackles and two tackles for loss from his cornerback position in 2019. Off the field, he is a two-time member of the ACC’s all-academic team.

The Lott IMPACT Trophy has been awarded annually since 2004, with IMPACT standing for integrity, maturity, performance, academics, community and tenacity. It is named in honor of Ronnie Lott, a former defensive back at USC, four-time Super Bowl champion with the National Football League’s San Francisco 49ers and member of both the College Football Hall of Fame and the Pro Football Hall of Fame. Previous winners include DeMeco Ryans (Alabama – 2005), Glenn Dorsey (LSU – 2007), J.J. Watt (Wisconsin – 2010) and Luke Kuechly (Boston College – 2011).