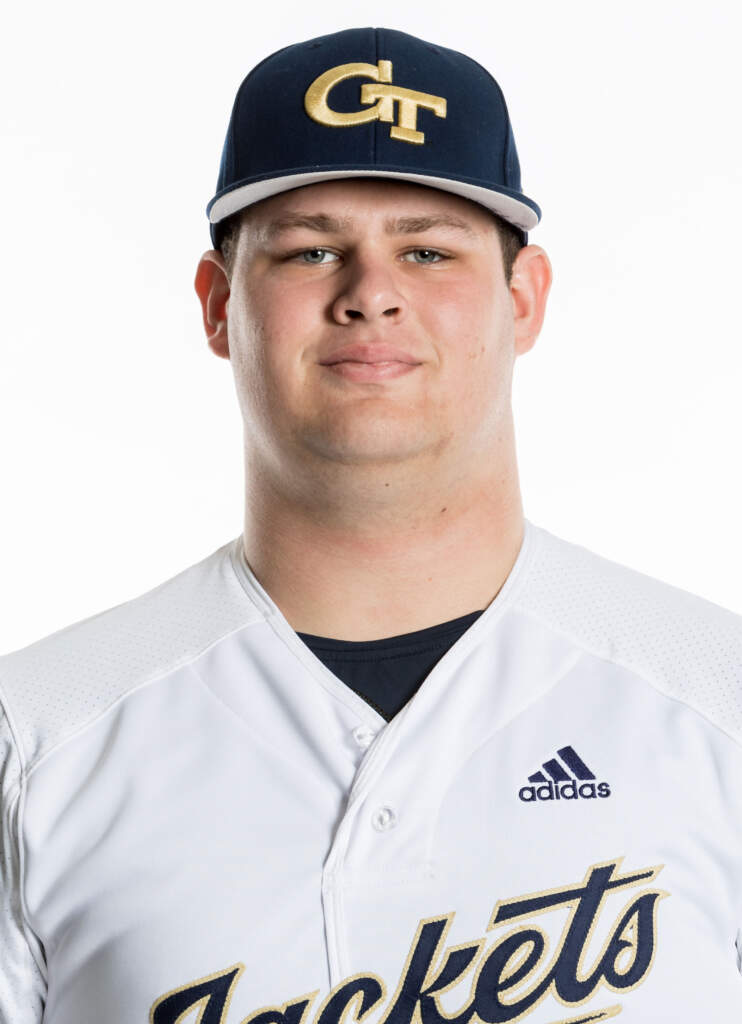 Before Tech: Rated as the fifth-ranked pitcher in the state of Georgia and the No. 28 RHP in the country … Selected in the 30th round of the 2019 MLB Draft by the New York Yankees … Has been clocked at a 98 mph fastball in showcase ball … Named a First-Team 2019 Perfect Game Preseason All-American for the southeast region after earning third-team and honorable mention honors in 2018 and 2017, respectively … Rated as the 84th best overall player in country … An 11-time All-Tournament selection and a 2018 Showcase Top Prospect Team selection … A two-time WWBA Champion (2017, 2018) … A three-year letterwinner at North Paulding … Was named captain his senior season … Named the Paulding County Baseball Player of the Year in in 2019 … Tossed a 13-strikeout no-hitter in 2019 … Voted by teammates as the team’s Pitching MVP in 2019 … Has a younger brother … Father, Tom, played basketball at Idaho State (1992-96) … Intends on majoring in business administration.