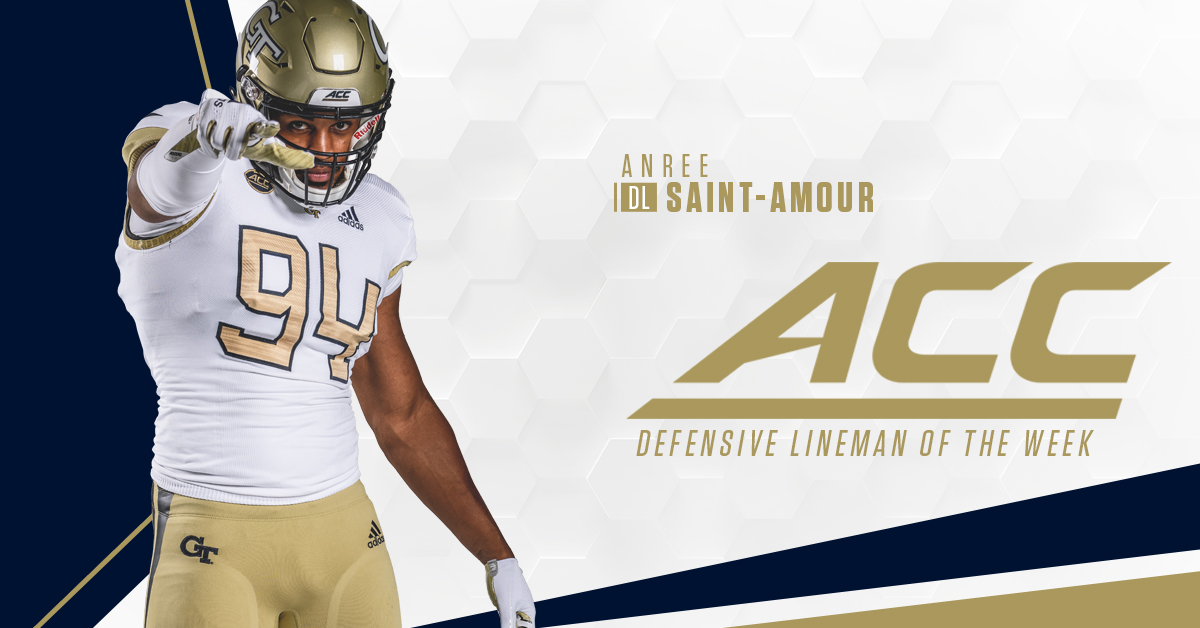 Saint-Amour continued to build his resume for all-conference and all-America accolades with a career day in Georgia Tech’s 38-28 win at North Carolina. He set new career highs with nine tackles and three quarterback hurries in the victory, with his nine stops including one behind the line of scrimmage.

Despite the nine tackles and three QB hurries, his biggest play of the day came on an outstanding interception late in the fourth quarter. With the Yellow Jackets protecting a 35-28 lead and less than three minutes to go in the ballgame, Saint-Amour saw a North Carolina receiver dragging across the field, dropped off the line of scrimmage and into coverage and made a leaping interception to give the Jackets possession inside the UNC 20-yard line. The INT set up a 22-yard field goal that sealed the victory with 46 seconds remaining.

He also had a pass breakup in the win.

For the season, Saint-Amour ranks among the ACC’s leaders in forced fumbles (3 – tied for third in the ACC and 11th nationally), interceptions (2 – first in the ACC and tied for first nationally among defensive linemen) and sacks (4.0 – tied for 14th in the ACC). He has contributed to five Georgia Tech takeaways in the last five games.

The ACC honor is the first of his career. 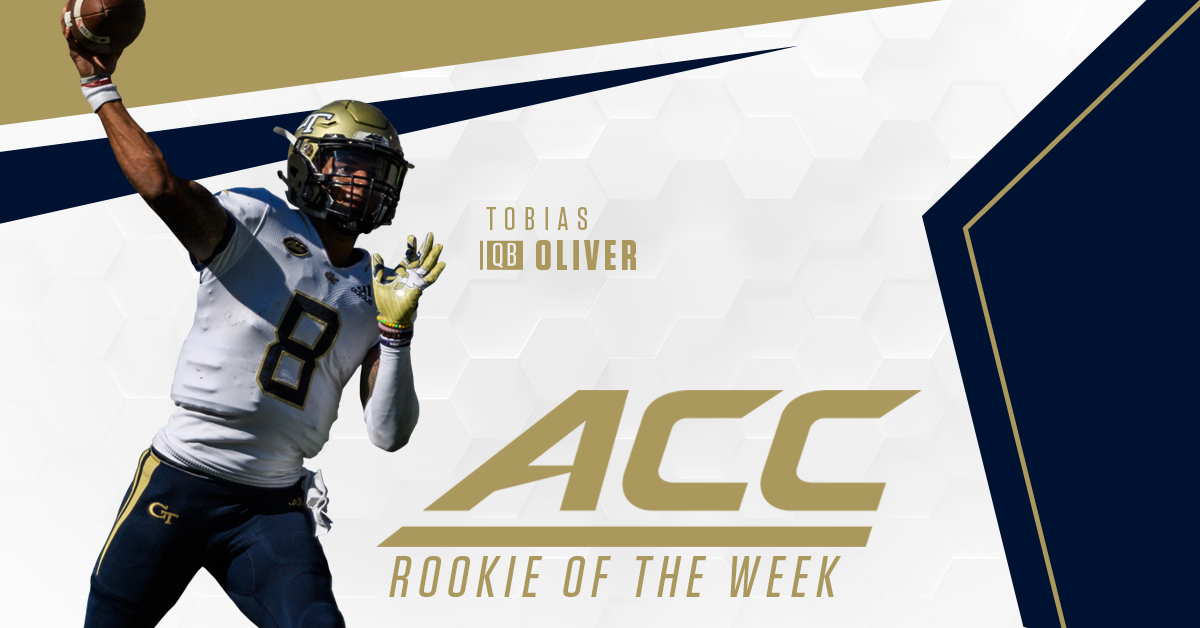 Oliver earned the ACC’s Rookie of the Week award for the second-straight week after coming off the bench to account for 224 total yards and three touchdowns in the win at UNC. After entering the game late in the first quarter, Oliver ran for 120 yards and two touchdowns and completed 2-of-2 passes for 104 yards and a score. His 86-yard touchdown pass to A-back Qua Searcy (Barnesville, Ga./Lamar County) was the sixth-longest pass play in school history and the Jackets’ longest since 2009.

Oliver is the first Yellow Jacket to be named ACC Rookie of the Week in back-to-back games since Calvin Johnson in 2004.

Saint-Amour, Oliver and the Yellow Jackets return home this week to host Miami (Fla.) for the annual Whiteout game at Bobby Dodd Stadium, which will be held in primetime with a 7 p.m. kickoff at Bobby Dodd Stadium. Georgia Tech’s Whiteout tradition began in 2008 with a primetime win over Miami and also includes recent nighttime victories over Miami in 2014 and the “Miracle on Techwood Drive” triumph over Florida State in 2015.

In addition to the much-anticipated Whiteout, Georgia Tech will also honor Johnson for his upcoming induction to the College Football Hall of Fame with a National Football Foundation On-Campus Salute. The first 10,000 fans in attendance will receive a limited-edition Calvin Johnson bobblehead doll as part of the festivities.