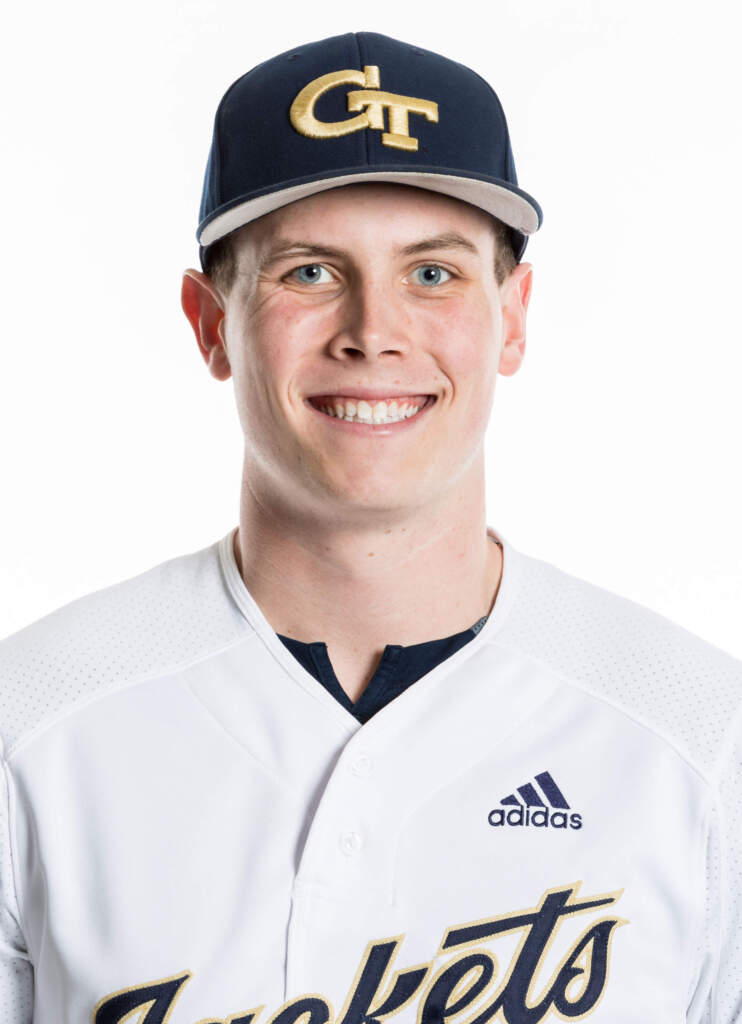 Before Tech: Lettered for five years in baseball at St. David’s School for head coach David Simmons in Raleigh, N.C. … Also lettered one year in cross country … Was the team captain his senior season … A two-time EPIC all-conference selection in 2017 and 2015 … Was awarded the team MVP and Warrior Award his senior season … Named the Rookie of the Year in 2013 … Helped his team win the EPIC conference championship in 2015 as a sophomore … Also lettered one year in cross country … Played summer baseball for the Carolina Pirates in 2017, the Rawlings Prospects in 2015-16 and the Evoshield Canes South in 2013-14 … A National Honor Society member … Also played trombone in the school band for seven years … Was a first-chair all-district honor band selection for the N.C. Central district.

Personal: Great-grandfather, Pat Crawford, played professional baseball for the St. Louis Cardinals from 1929-34 … Enjoys playing golf, racquetball and the trombone … Chose Tech because it has one of the nation’s best Aerospace Engineering programs, loves its location in Atlanta and the chance for an amazing career after graduation … Intends to major in aerospace engineering.