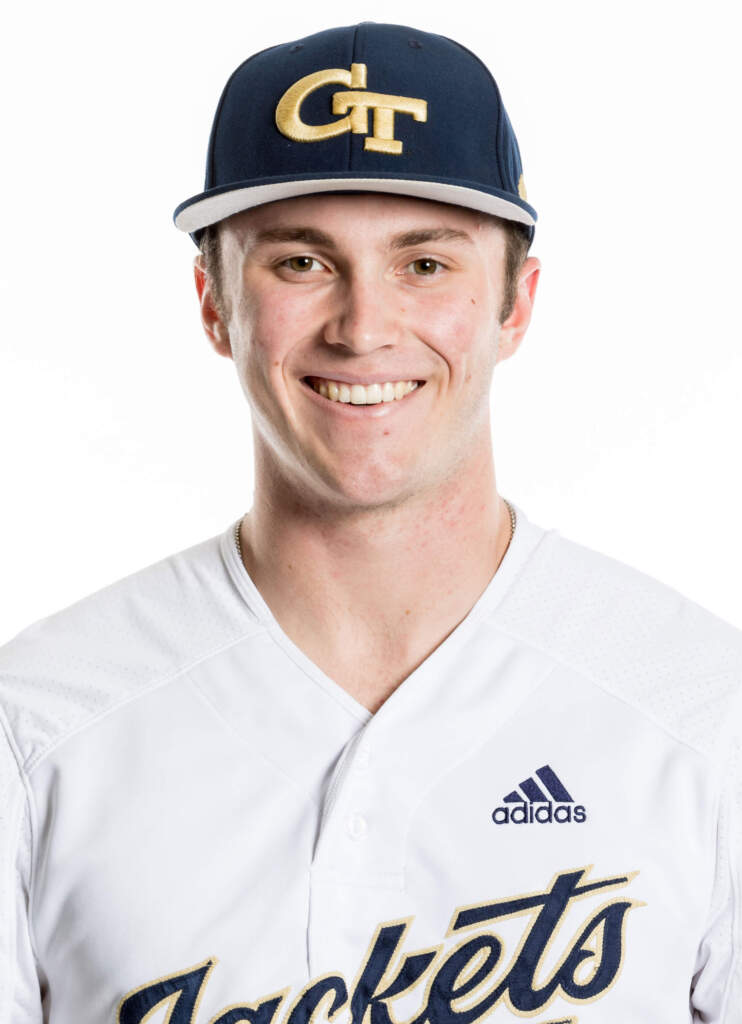 2019 (Sophomore): Led Tech and finished second in the ACC in hitting (.355) as the team’s primary designated hitter …Primarily hit second in the lineup (53 games) where Tech was 39-14 … Also led team with 78 hits, 61 runs scored, eight sac bunts and finished second in on-base percentage (.441) … Started 59 of 60 games … Also made seven appearances in the field, mainly at first base … The ACC’s hottest hitter for most of the season, was still hitting well north of .400 through March … Reached base in 21-straight games during the season (April 16-May 25)) and overall reached base in 51 one his 60 games played …  Caught fire in several stretches of the season … In a season-long seven-game hit streak (Feb. 26-March 8), finished with 13 hits … In six-game hit streak (March 10-19), finished with 18 hits … Recorded a hit in eight of the final 10 games of the season (May 18-June 2), tallying 12 hits total … Walked off then-No. 9-ranked and NCAA Super Regional participant North Carolina (April 6) with sac fly in the bottom of the ninth, bringing home Austin Wilhite from third to win 11-10 … Launched his first home run of the season (three RBI) in the fifth inning of the ACC Tournament semifinals against then-No. 13-ranked and eventual Greenville NCAA Regional participant NC State (May 25), breaking the 1-1 standstill and igniting eight runs unanswered to give Tech the 9-2 win and a berth in the ACC Championship Game … The homer was just the third of his career … Recorded a career-high four hits in back-to-back games (March 12 – Georgia Southern; March 15 – Virginia) … Led Tech with 26 multi-hit games, including a whopping 20 two-hit outings … Named to All-ACC Tournament Team after finishing the week with five hits, three RBI and two extra-base hits … Became only the 11th Georgia Tech baseball player to earn Academic All-America honors and only the fourth to earn first-team honors, joining Nomar Garciaparra (1994), L.J. Yankosky (1997-98) and Mark Teixeira (2000) – he finished the year with a 3.91 GPA in industrial engineering.

Personal: Has an older sister, who is also a student at Tech … Father, Bob, is a Professor of Biomedical Engineering at Georgia Tech … Mother, Tina, is an engineer at Georgia Tech … Enjoys fishing, hunting and indoor rock climbing … Chose Tech because of the great academics, its baseball history and the great coaches and people … Plans to major in industrial engineering.