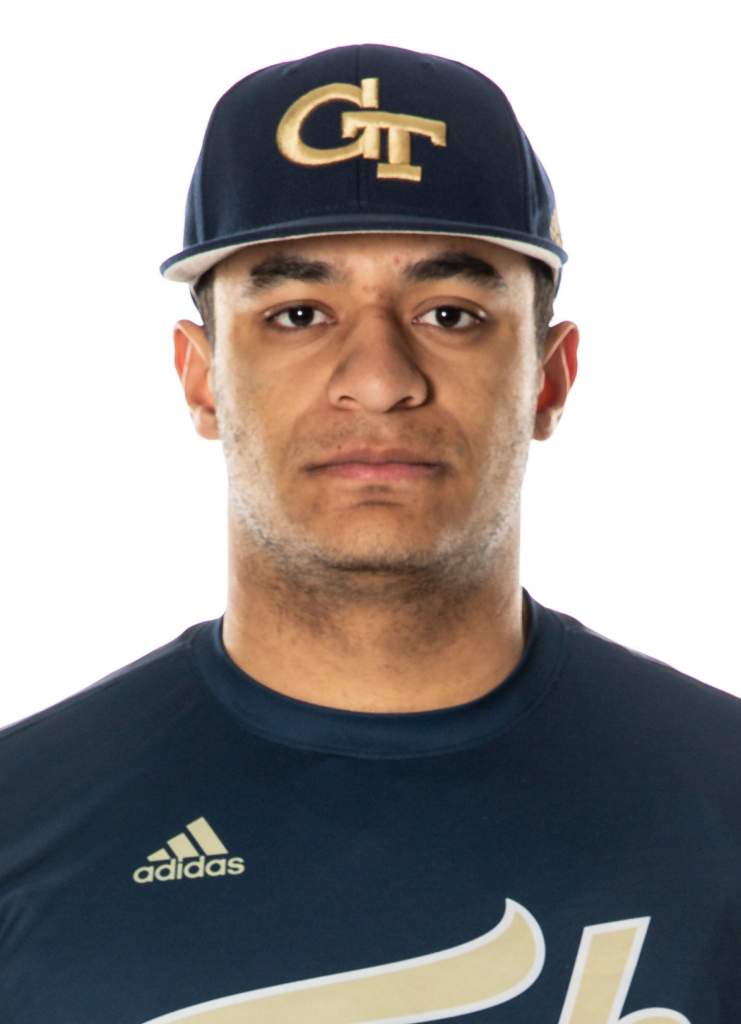 MLB Draft: Drafted in the 29th round by Arizona Diamondbacks (879th overall) in 2018 but chose to attend Tech.

2019 (Freshman): Made 29 appearances as a large component out of the bullpen – good for 10th in the ACC … Finished with 32.1 innings of work, 23 earned runs for a 6.40 ERA … Pitched to a 2-2 record and one save … Made first two appearances in dramatic fashion, recording his first-career win in an extra-innings walkoff over West Virginia (Feb. 16) before getting a key out late in the extra-innings walkoff over then-No. 3 and eventual Los Angeles Regional host UCLA … Made 16 scoreless appearances on the season, including four of his final six appearances of the season … Had his best performance against Pitt (May 16) when he went 2.2 innings, allowing just one hit and punching out three … Matched his season high of three strikeouts four times – Georgia State (Feb. 27), Kennesaw State (March 5), Pitt (May 16) and in the NCAA Regional quarterfinal vs. Coastal Carolina (June 2) … Earned his first career save against Georgia Southern (March 12) when he entered a 7-6 ballgame in the top of the ninth with two outs and runners on first and second and struck out the final hitter.

Before Tech: A left-handed pitcher, Bartnicki is ranked the No. 1 overall left-handed pitcher in the state of Georgia and the No. 6 overall prospect for the class of 2018 by Perfect Game … He is also ranked the No. 3 overall left-handed hurler and No. 19 overall nationally by Perfect Game in the class of 2018 … A 2017 Perfect Game Underclassmen All-American First Team selection and a 2016 PG Underclassmen All-American High Honorable Mention honoree, Bartnicki played this summer at the 2017 Perfect Game All-American Classic in San Diego, Calif. and in the Under Armour All-American Game at Wrigley Field in Chicago, Ill. … Named a Showcase Top Prospect at the 2017 National Showcase, the lefty helped guide his summer team to team titles in 2016 at the 16U PGEvoshield Classic, the WWBA 2018 Grads or 16U National Championship Qualifier, the 16U WWBA memorial Day at LakePoint and at the 2015 PG Elite Underclass Championship … A member of countless all-tournament teams, including the 2017 PG Summer Showdown Protected by G-Form, the 2017 WWBA 17U National Championship, the 2017 WWBA 17U National Championship Qualifier and both the 18U and 17U 2017 Perfect Game-East Cobb Invitational events … A four-year letterwinner in both baseball and swimming at Walton High School … He led Walton High School to a Region 4-AAAAAA championship in 2017 after winning the state championship in 2016 … A 2017 MaxPreps Underclass All-American, Bartnicki went 10-1 his junior season to earn Marietta Daily Journal/Cobb County Pitcher of the Year and Georgia Dugout Club Preview Magazine Class AAAAAAA All-State Team honors … Threw two no-hitters in high shool … Set the Walton school record for most strikeouts in a s eason (101) … Was also an accomplished sprinter in swimming, finishing as a captain his senior year … helped the team to a state championship in 2016.

Personal: Has two brothers … Chose Georgia Tech because of the athletic programs, its academics and being in midtown Atlanta.