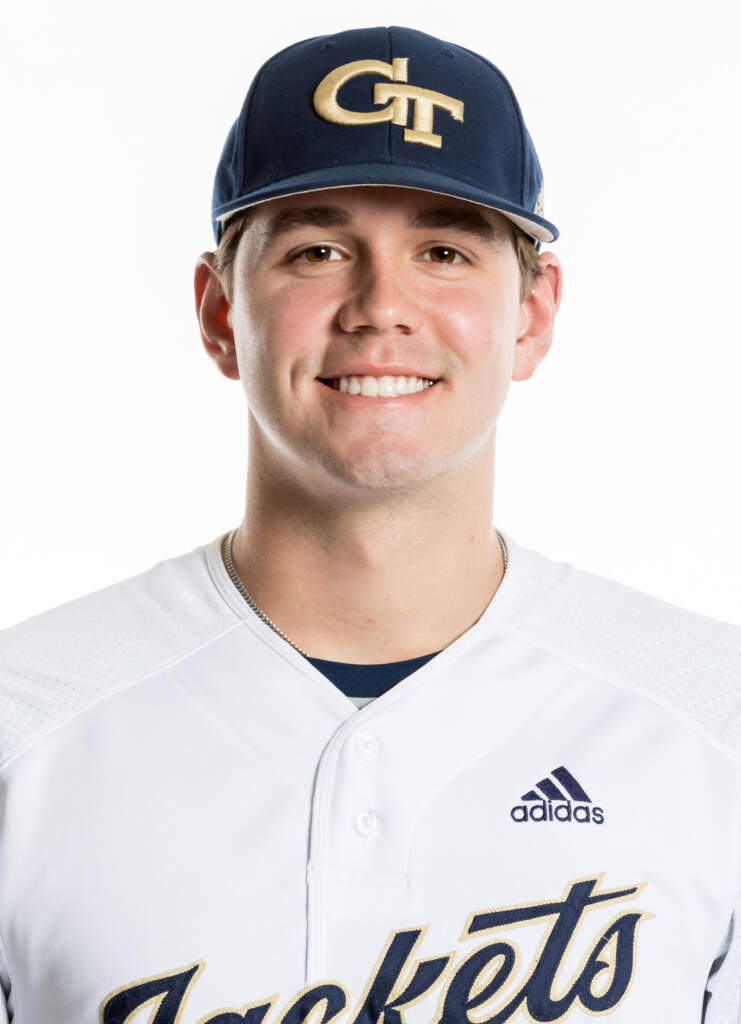 2019 (Sophomore): Battled injuries all season … Made just three appearances on the season, successful in all outings … Finished with 2.2 innings of relief, allowing just two hits while striking out two … Made longest appearance against Kennesaw State (March 6) where he went 1.1 no-hit innings in 14 pitches … Also went 1.0 innings at Georgia State (Feb. 27), where he surrendered his two hits for the season, but struck out two in the scoreless outing … Used one pitch for one out to get Tech out of a jam against Northwestern (March 2) … Tech outscored opponents 20-6 in games he appeared in.

Before Tech: Lettered in both baseball and football at the Marist School … Was a two-year letterwinner in baseball for head coach Mike Strickland and a three-year letterwinner on the football team for Allen Chadwick … Was ranked as high as the No. 6 prospect at first base and the No. 72 overall prospect in the class of 2017 for the state of Georgia by Perfect Game … Was also ranked as high as the No. 25 prospect at first base nationally by PG … Tabbed a 2017 Rawlings-Perfect Game honorable mention all-American and a southeast all-region second team member in 2017 … Recognized as a 2016 PG underclassmen high honorable mention all-American as a junior and a 2015 underclassmen all-American honorable mention his sophomore season … Helped lead his Marist squad to a 2017 state championship title, the program’s 13th overall, recording the game-winning hit in the championship game … Was a part of the 2016 regional championship team … Played for both the 6-4-3 DP Cougars and East Cobb Yankees summer teams … Was on the PG Super25 Championship team and the 2015 16U WWBA Memorial Day at LakePoint Championship team … Was named to the 2015 16U Memorial Day at LakePoint all-tournament team, the 2015 15U WWBA National Championship all-tournament team, the 2015 16U Perfect Game-East Cobb Invitational all-tournament team and both the 2014 and 2013 BCS Finals all-tournament teams … Was a senior team captain for the football team in 2017 … Was an all-region honorable mention in football his senior year … A 2017 honor roll member … A member of Fellowship of Christian Athletes (FCA) and was a part of the student-athlete leadership training at Marist.

Personal: Has two younger brothers … Father, Bernard, played football at Notre Dame (1988-92) … Uncle, Patrick Mannelly, played football at Duke and played in the NFL for the Bears for 16 years … Grandfather, Donnie Allen, was a fullback at UGA … Enjoys playing video games, working out and playing tennis … Chose Tech because of the great academics, its rich baseball history and the great business opportunities for post Tech graduates … Intends to major in business administration.