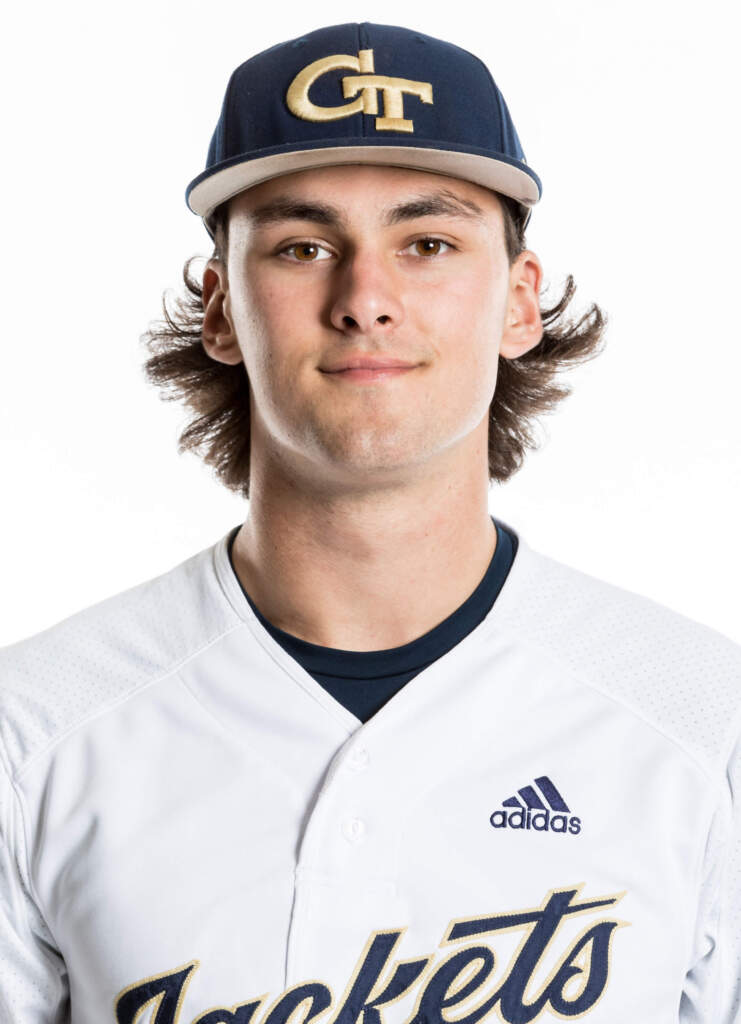 2019 (Freshman): Made 15 appearances and 10 starts during his frosh campaign … Finished with a 2-2 record and fourth-best 4.88 ERA on the team in 48.0 innings … Made his collegiate debut against Richmond (Feb. 16), allowing one run in 1.1 inning of work … Settled into being a stellar weekday pitcher, allowing just one earned run in two weekday starts and 9.1 innings of work … Dealt against Kennesaw State (March 6), going 5.1 scoreless, allowing just three hits, while striking out seven … Made his first ACC start against then-No. 9 and eventual Chapel Hill Super Regional host North Carolina (April 7) for injured teammate Brant Hurter, allowing two hits and four runs in the 4.1 innings … Allowed just three earned runs in his predetermined start against then-No. 4 and eventual Athens Regional host Georgia (April 23) at SunTrust Park in front of the largest regular-season crowd in college baseball (18,861) … Struck out six and refused to allow an earned run against Western Carolina (May 5), issuing just one walk in his second decision victory of the year … Allowed just three hits with a 1.08 ERA and .115 OBA in two postseason starts … Carried a no-no into the fifth inning against North Carolina in the ACC Championship Game (May 26) … Also pitched a two-hit shutout in 4.0 innings against Auburn (June 2) in the Atlanta Regional before a rain delay burned his start.

Before Tech: A power right-handed pitcher, Roedig is ranked as the No. 17 ranked right-handed pitcher in the state of Florida and No. 90 at that same position nationally by Perfect Game for the class of 2018 … Roedig is also ranked as the No. 45 overall prospect out of the state of Florida for the 2018 class by PG … A 2017 PGUnderclassmen All-American Third Team selection, Roedig helped lead his Dr. Phillips Panthers team to a district championship runner-up finish and a spot in the 2017 Florida High School Athletics Association Regional 9A Baseball Championship Tournament last year as a junior … A participant in the 2017 PG National Showcase event in which he was named to the Showcase Top Prospect Team, the righty also took part in the 2016 Sunshine East Showcase event … As a member of the Power Baseball program, Roedig was named to the 2017 17U BCS National Championship, the 2017 WWBA 17U National Championship, the 2016 WWBA World Championship, the 2016 WWBA Underclass World Championship and the 2016 WWBA 16U National Championship all-tournament teams … Lettered three years at Dr. Phillips as a pitcher … Named an FACA All-State selection for District 11 … Also earned all-Metro West Conference honors … Battled back from an arm injury to lead Dr. Phillips to the state final four for the first time in 22 years … Named the Bill Spoone Male Scholar-Athlete of the Year after graduating with a 4.96 weighted grade-point average.

Personal: Has one younger sister … Originally born in Atlanta, Ga., but grew up in Orlando, Fla. … Grandfather, Elmer Blanchard, played football at Georgia in 1961 … Chose Tech because it’s a great engineering school, a well-known baseball program and Atlanta is a “second home” … Intends on majoring in aerospace engineering.