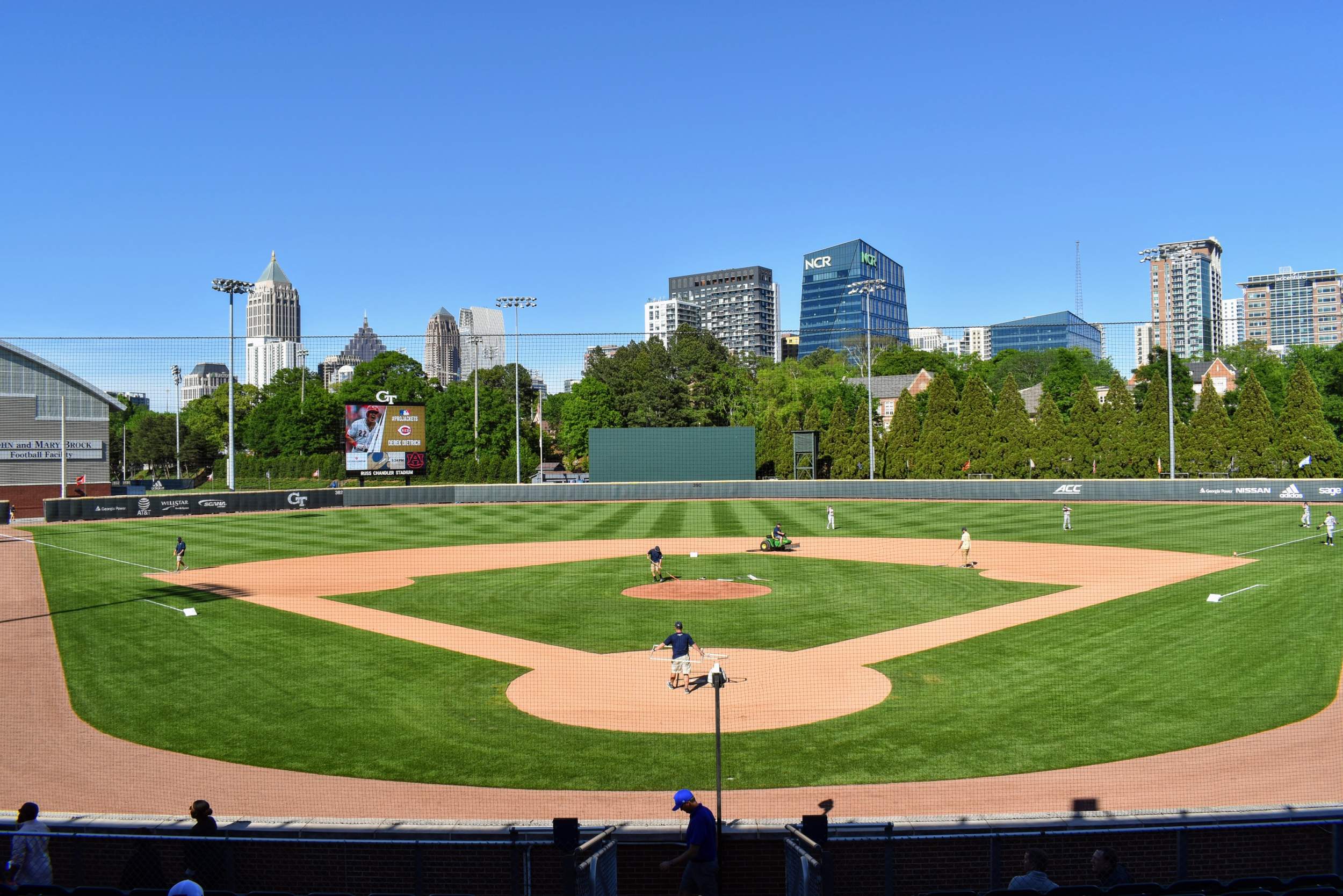 Scouting Report
A very talented and hard-working student-athlete… 5-tool player who was the Jackets’ best positional pro prospect in 2012 and should be again in 2013… Has excellent speed and can hit from both sides of the plate… Played in the 2010 Florida Collegiate Summer League under former New York Mets World Series winning manager Davey Johnson.

2012
First Team All-ACC… Second Team Academic All-America… First Team Academic All-District… Named to NCAA Gainesville Region All-Tournament Team… Named to ACC All-Tournament Team… Played and started in 56 games… Posted career numbers in nearly every offensive category, and led the team in batting average (.360), walks (37) and on-base percentage (.481), while posting 15 doubles, five triples, five home runs, 44 RBI and 12 stolen bases… Ranked fourth in the ACC in batting average and was second in on-base percentage… His .351 average in ACC was third-best in the league… Reached base at least once in all but one game in 2012 and had a 48-game reached-base streak snapped late in the year… Had a flare for the dramatic, with two of his four game-winning RBI coming late in games: His RBI double versus Duke in the eighth with two outs was the game-winner as Buck Farmer pitched a complete-game, three-hitter in the 1-0 win; and he ripped an eighth-inning RBI single at No. 6 North Carolina that broke a 2-2 tie en route to Tech’s 4-2 win… He also had another RBI double in the ninth inning versus No. 1 Florida State on April 6, that tied the game at 1-1 and forced extra innings (Tech lost 2-1 in 10 innings)… He returned from a seven-game absence (hamstring) against No. 21 Miami on May 17 (final weekend of the regular season) and homered in the series-opener to extend his reached-base streak to 48 consecutive games dating back to the final two games of 2011, but saw that incredible streak snapped with an 0-for-5 the next night (that would stand as the only game in 2012 he did not reach base)… Was a career-best 5-for-5 with two doubles, two RBI and three runs in the series-opener versus Rutgers (March 2)… His five-hit game versus Rutgers tied for the ACC lead… During Tech’s run to the ACC tournament title, he scored career-high four runs vs. Virginia, drew team-high seven walks in the tournament and led Tech with eight runs scored… Two of his three hits in the ACC tournament were doubles and totaled three RBI… Went 4-for-4 with a homer, three RBI and two runs in Tech’s NCAA Regional opener versus College of Charleston, an 8-4 win… Finished the Regional 7-for-15 (.467)… Totaled 24 multi-hit games on the season (second on the team) and recorded 12 multi-RBI games.

2010
Played in 32 games and made 24 starts – 23 in left field and one at DH – Batted .262 with 18 runs, four doubles, three triples and 13 RBI … Was 5-for-6 in stolen base attempts … Went 2-for-2 in his first two career at-bats, after entering the game late in a 20-3 win over Missouri State (2/20) … Had a pinch-hit single against Xavier (2/27) … Made his first career start in the second game against Maryland, picking up two hits including his first career double (3/20) … Started his first game in left field going 1-for-2 with three runs scored against Mercer (3/23) … Was 2-for-3 with a double, triple and his first career RBI the next day against the Bears (3/24) … Collected two hits and a career-high four RBI in a comeback win over No. 17 North Carolina in the series finale … His two-RBI triple sparked a five-run ninth inning rally for the Jackets … Had three hits, a triple and four RBI in the series against No. 16 Clemson (4/16-18).