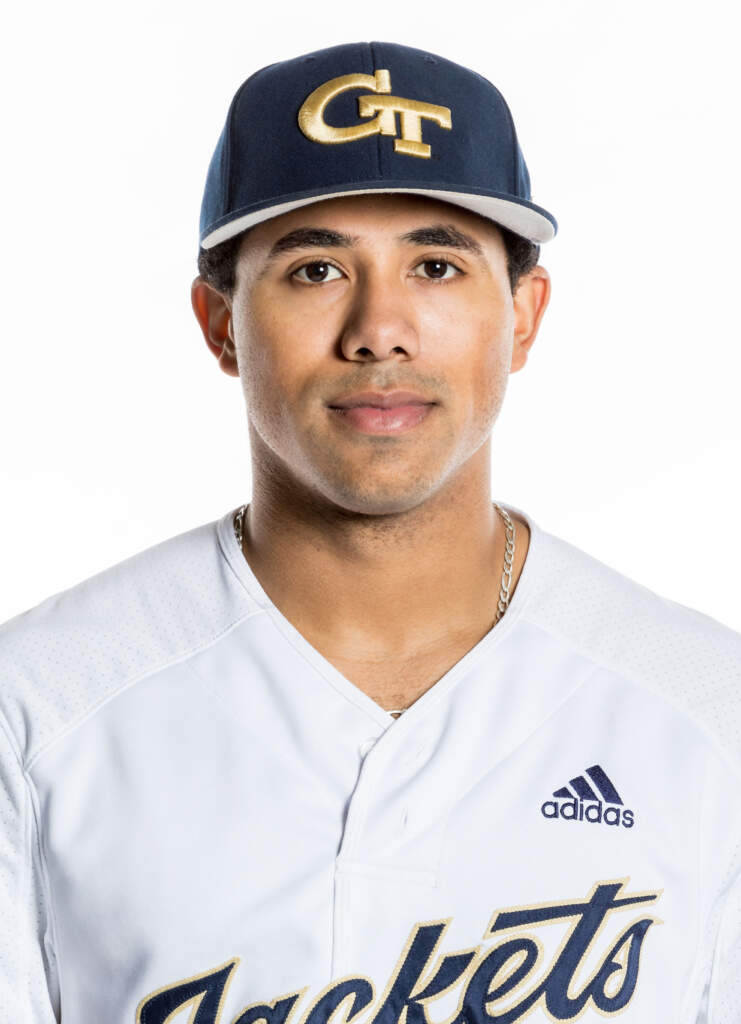 2019 (Junior): Appeared and started in 60 games … Started year at shortstop before moving to second base full-time against Virginia (March 16), forming one of the most dynamic middle infield duo in the ACC with teammate Luke Waddell for the season … Finished the year hitting .266 with 58 hits and a home run for 32 RBI … One of only five Jackets to record double-digit doubles (11) and tied the team for first with two triples … Ranked second on the team in stolen bases (12-13) … Hit .293 in the month of April for 17 hits, three doubles, eight RBI and 15 runs scored … Missed the March 9 game due to illness, snapping the team’s longest active consecutive games played streak at 121 … First home run of the year came at eventual Athens Regional participant Mercer (March 14), where he also went 3-for-4 for a double, four RBI and one run … Recorded team’s second-longest hitting streak (11) from March 30-April 16 … Recorded three-straight two-hit games against then-No. 9 and eventual Chapel Hill Super Regional host North Carolina (April 5-7) … Both hits were doubles in the April 5 meeting with UNC … Also recorded back-to-back two-hit games at Boston College (April 12-13), including two RBI on April 13 … Recorded two hits, a double, walk and two runs in the ACC Tournament game against Notre Dame (May 22) … Went 2-for-5 in the Atlanta Regional opener against Florida A&M (May 31) … Finished fourth on the team in putouts (110), assists (172) and double plays (41).

Before Tech: Four-year letterwinner in baseball at Buford High School under head coach Tony Wolfe … A team captain his senior season … A 2016 Rawlings-Perfect Game honorable mention all-American … A 2016 Perfect Game southeast all-region first team selection … A 2015 Perfect Game underclass second-team all-American … A 2014 Perfect Game underclass honorable mention all-American … Ranked as high as No. 48 nationally by Perfect Game at second base … Also ranked as high as No. 5 overall at second base by Perfect Game and No. 33 overall for the state of Georgia in the Class of 2016 … Named to the all-Gwinnett County team in both 2015 and 2016 … Led his Buford team to four-straight regional championships from 2013 to 2016 … Also guided his team to the 2015 state championship title as a junior … Led his team in RBIs his senior season …Played in the Georgia High School MLB game … Attended the 2015 Perfect Game National Showcase … Also swam for two years … Played summer league baseball for Team Elite from 2012-14 and the East Cobb Yankees in 2015-16 … A member of the 18U team that won the 2016 Connie Mack World Series and the 2016 WWBA National Championship … A two-year member of the honor roll.

Personal: Has two brothers, including twin brother Nick who was on the Tech baseball team 2017-19 … Enjoys playing disc golf … Began playing baseball at the age of four … Chose Tech because of the chance for a great education, the baseball team and a number of friends who have attended Tech … Plans to major in business administration.