THE FLATS – Eight Georgia Tech football student-athletes are members of the 2018 all-Atlantic Coast Conference academic football team, which was unveiled by the ACC on Tuesday.

Seniors Jalen Johnson, Andrew Marshall, Brant Mitchell, Malik Rivera and Brad Stewart, junior Parker Braun, redshirt freshman Tre Swilling and true freshman Wesley Wells represent Georgia Tech on the 70-member team. To be eligible for inclusion on the all-ACC academic team, a student-athlete must have a 3.0 grade-point average for the previous semester and a cumulative 3.0 grade-point average for his academic career. Athletic achievements are also considered in selecting the team. 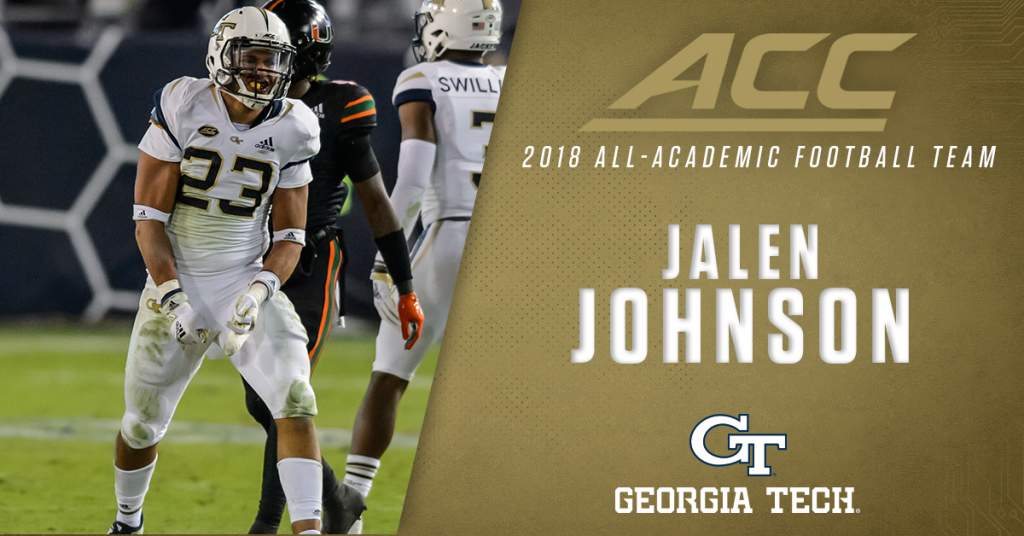 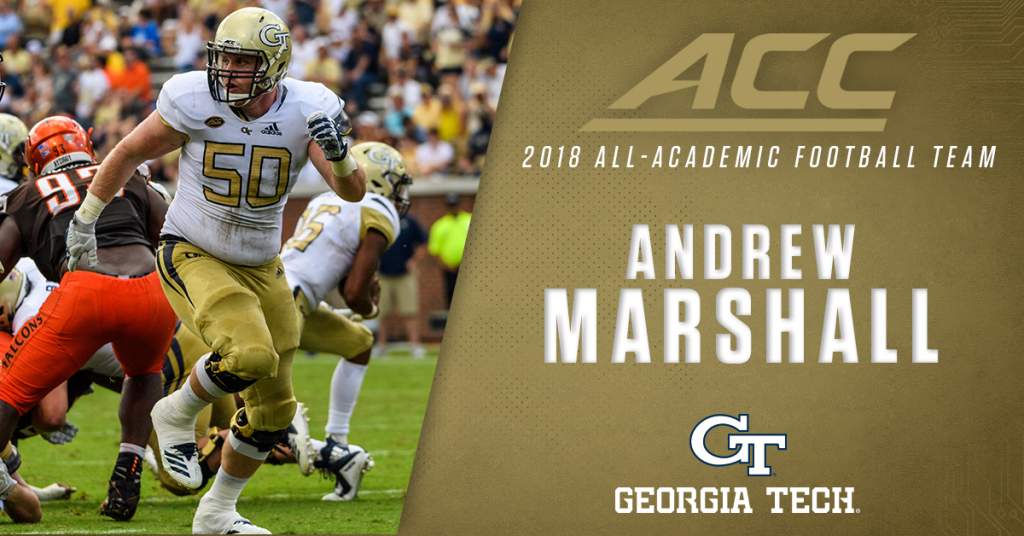 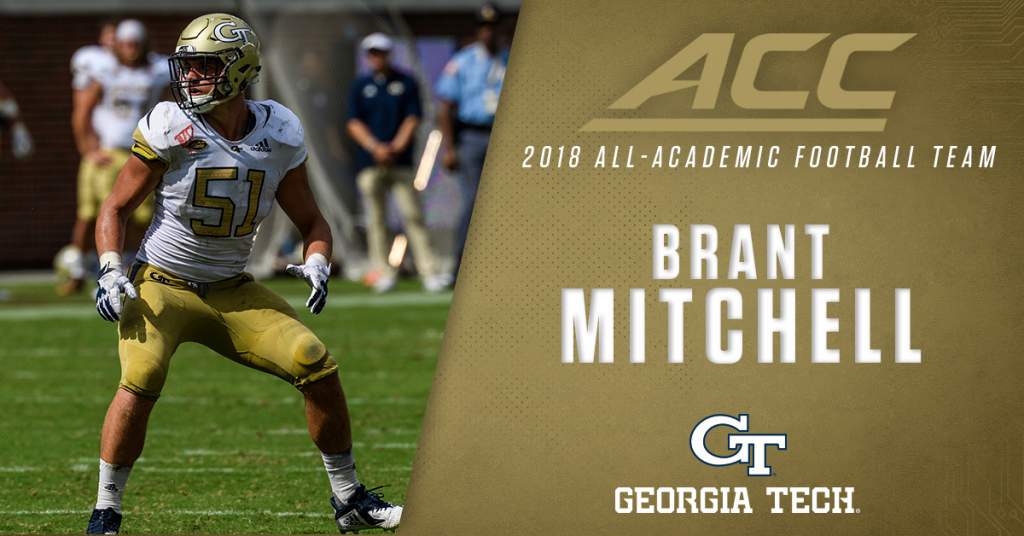 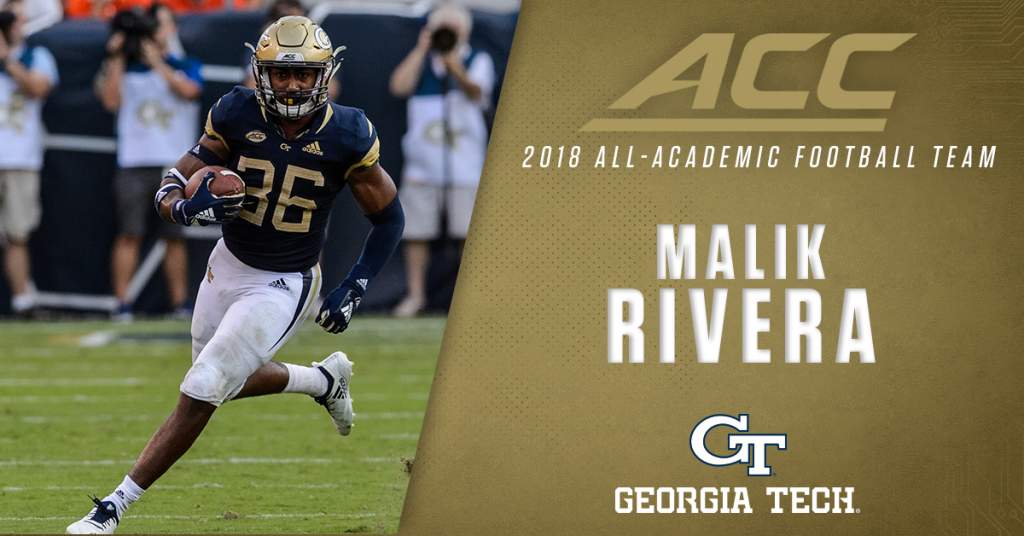 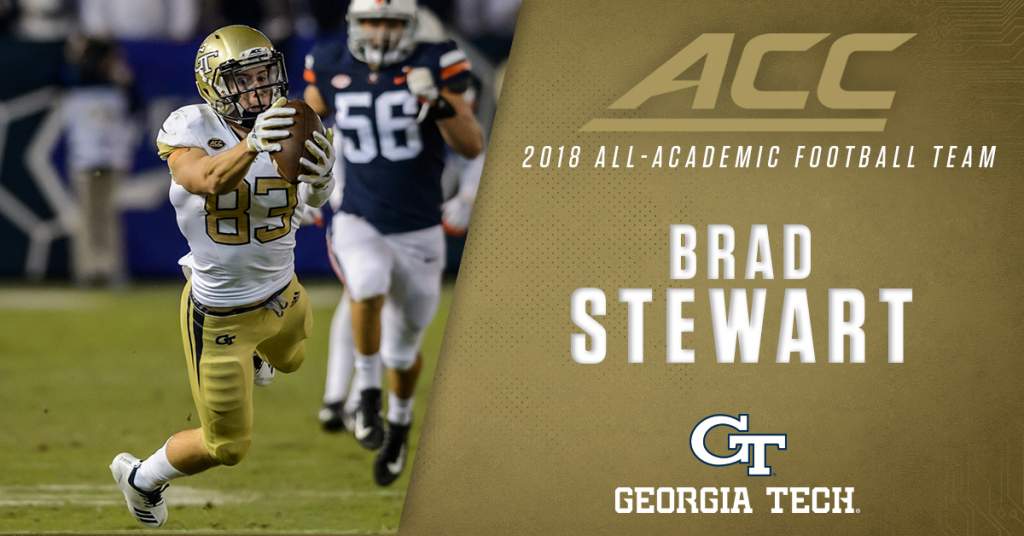 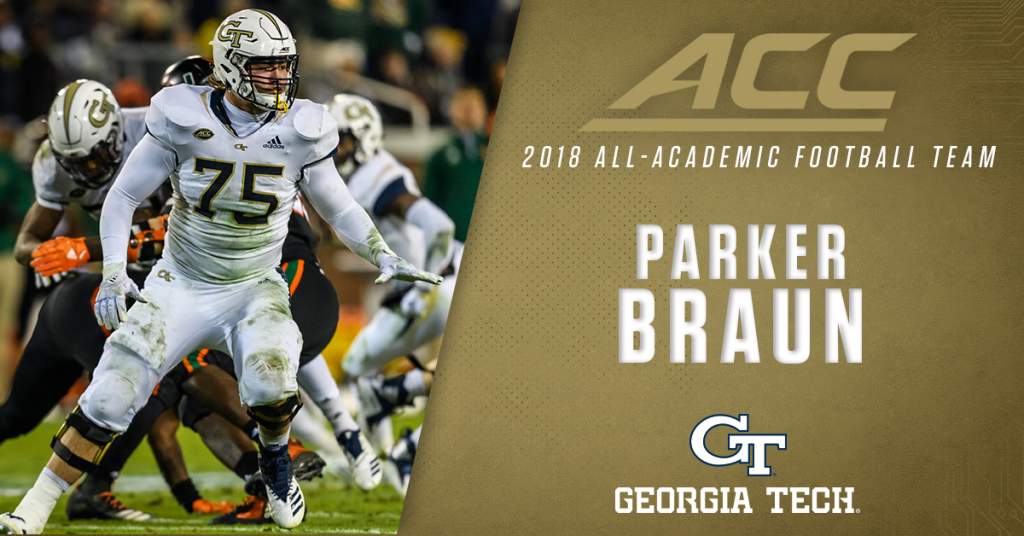 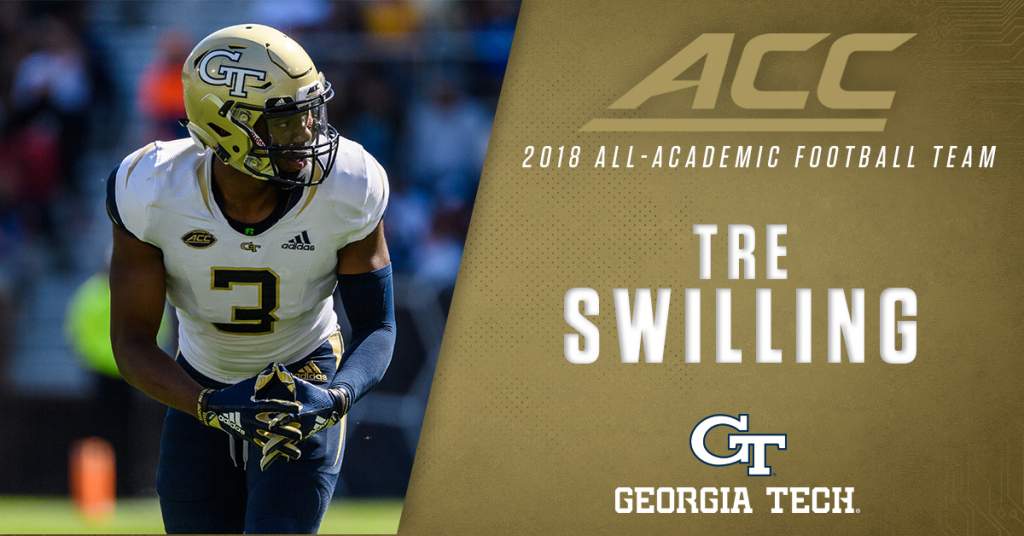 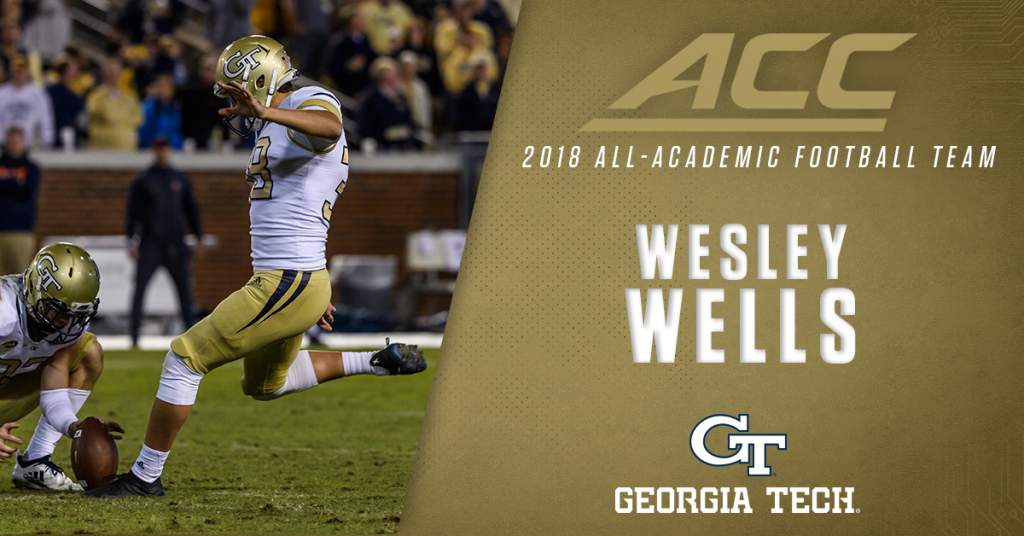 Georgia Tech’s eight honorees are tied for the most in its 39 seasons in the ACC, matching the eight Yellow Jackets that were represented on the 2003 team.

Tech also had the second-most selections from any school on the 2018 all-ACC academic football team, behind only Duke (12).