THE FLATS — Super Bowl fever has taken over the city of Atlanta and Georgia Tech has been right alongside fans in welcoming the game.

This week, the Yellow Jackets have played host to the NFC Champion New England Patriots at their facilities, including former Tech standout Shaq Mason, who is making his third Super Bowl appearance.

Starting every game for New England this season, Mason helped the Pats to average 127.3 rushing yards per game, ranking fifth in the NFL. the former Yellow Jacket has also pass-blocked exceedingly well for Tom Brady during the playoffs so far, surrendering just one hit:

Tom Brady has been hit just once in the playoffs. One. Time. And it's not because he's had to be super nifty in the pocket countless times. I have him pressured just 11 times in 90 dropbacks. That's 12%. That's staggering #Patriots

Coach will be on nationwide with @jimrome at 1 pm, followed by @AtlantaSportsX at 1:30 and @929TheGame at 1:40. #TogetherWeSwarm pic.twitter.com/to5RgaeT6S

"I'd say I went to the BEST college in Georgia. … I give Sony and Dave a hard time about that."

— @Patriots' @ShaqDiesel_70 gets a shot in at UGA when the @GeorgiaTechFB product tells @KelsWingert about playing in #SuperBowl with other players from Georgia. pic.twitter.com/8PuPwd7xgP 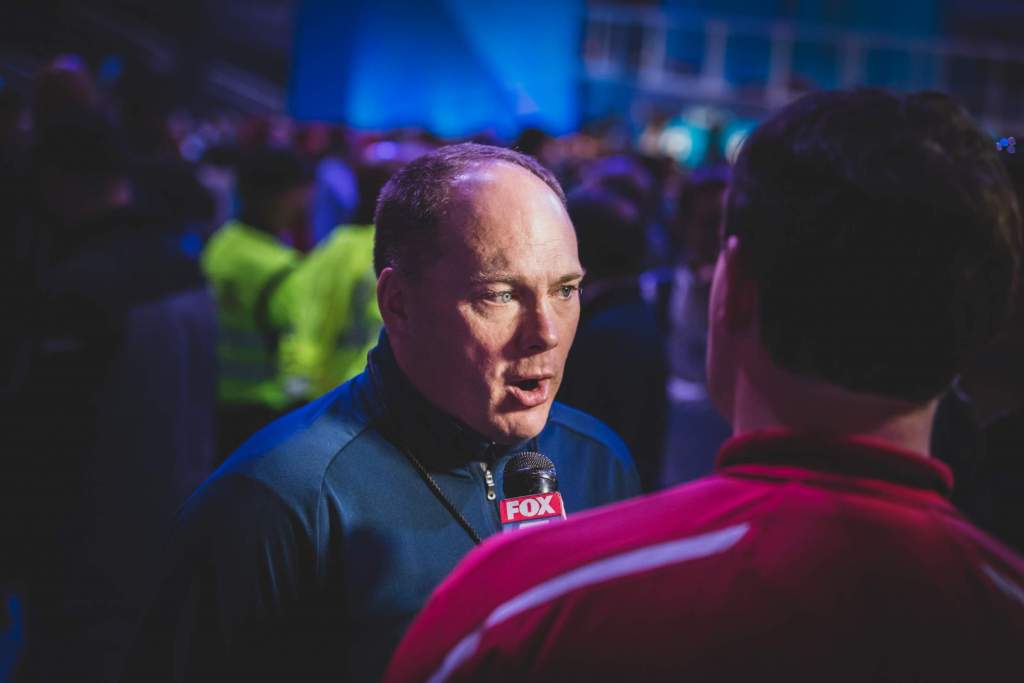 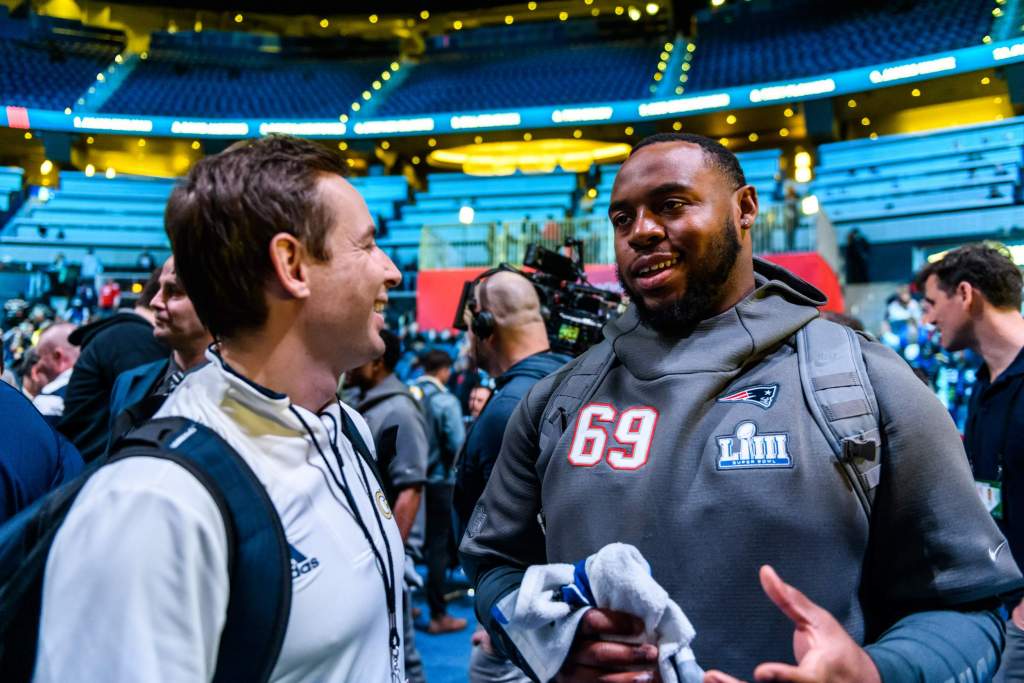 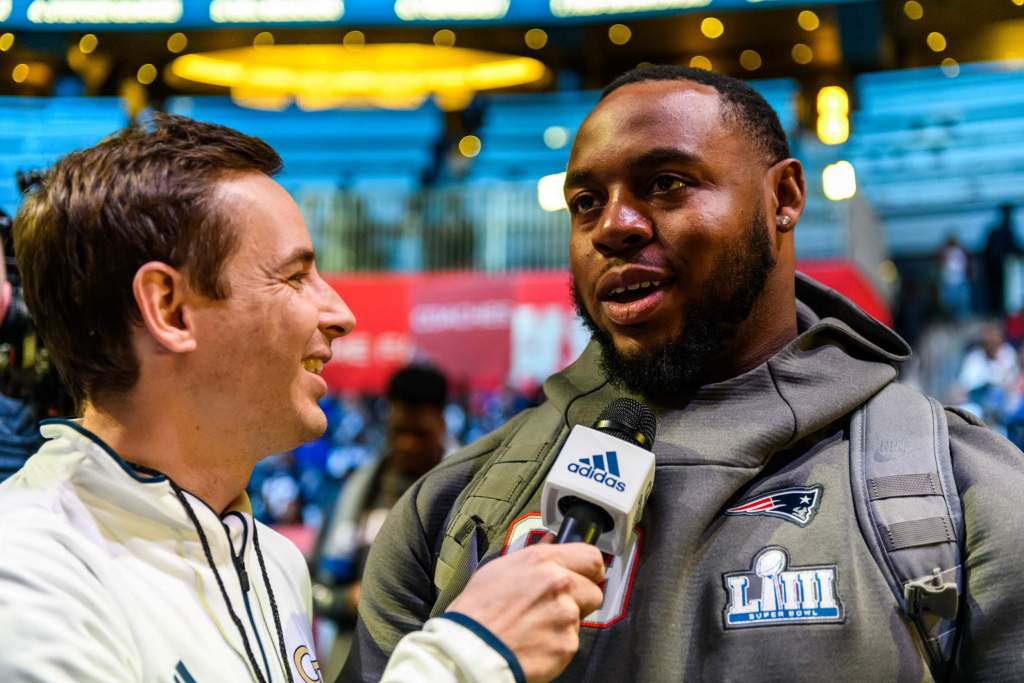 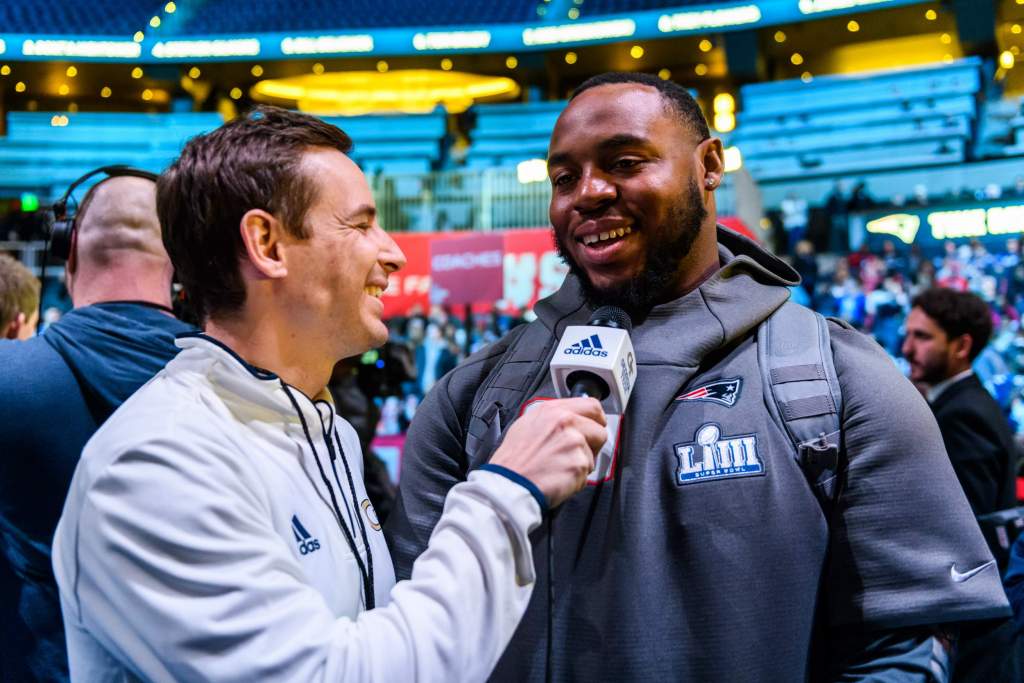 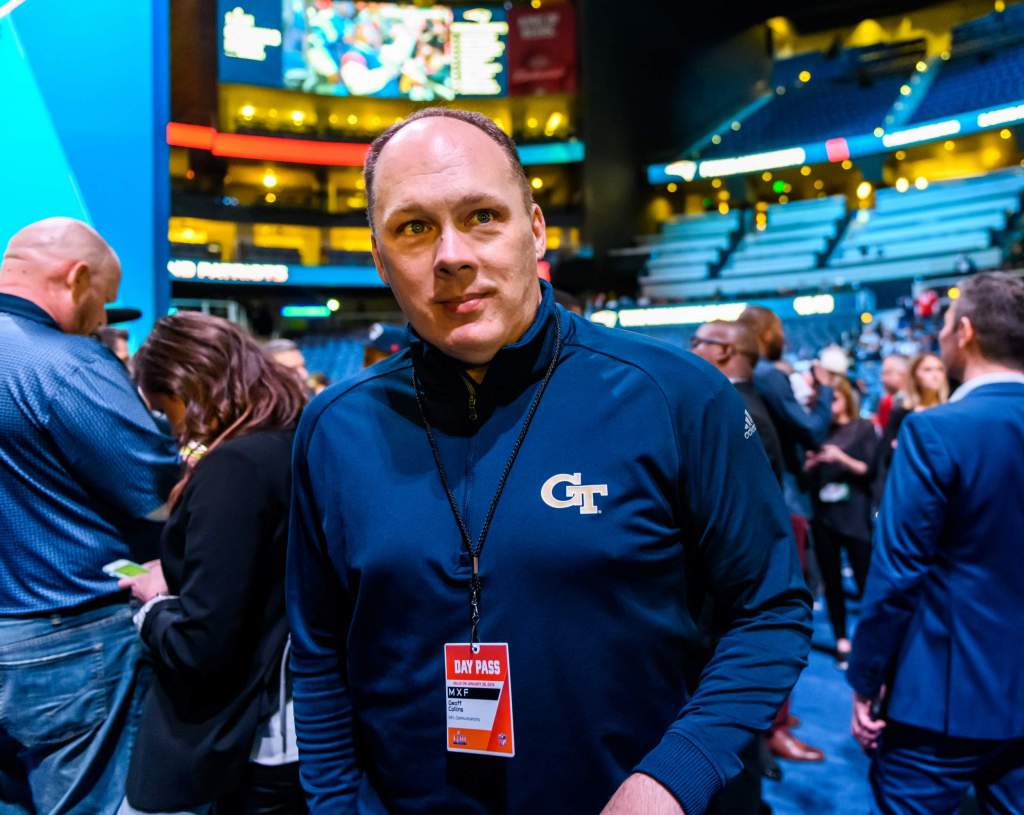 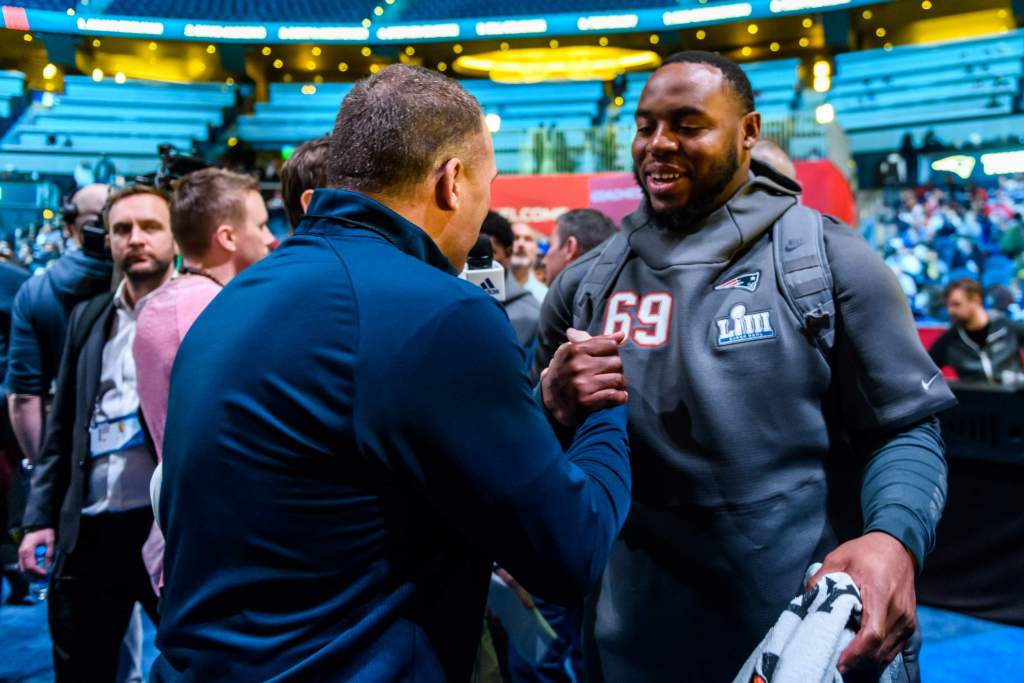 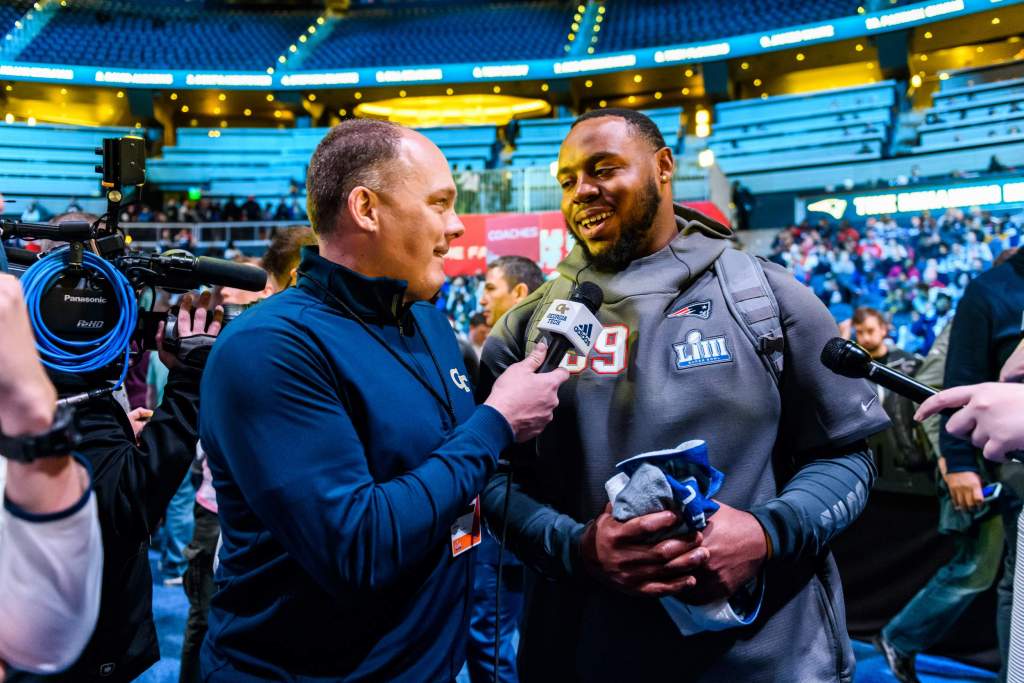 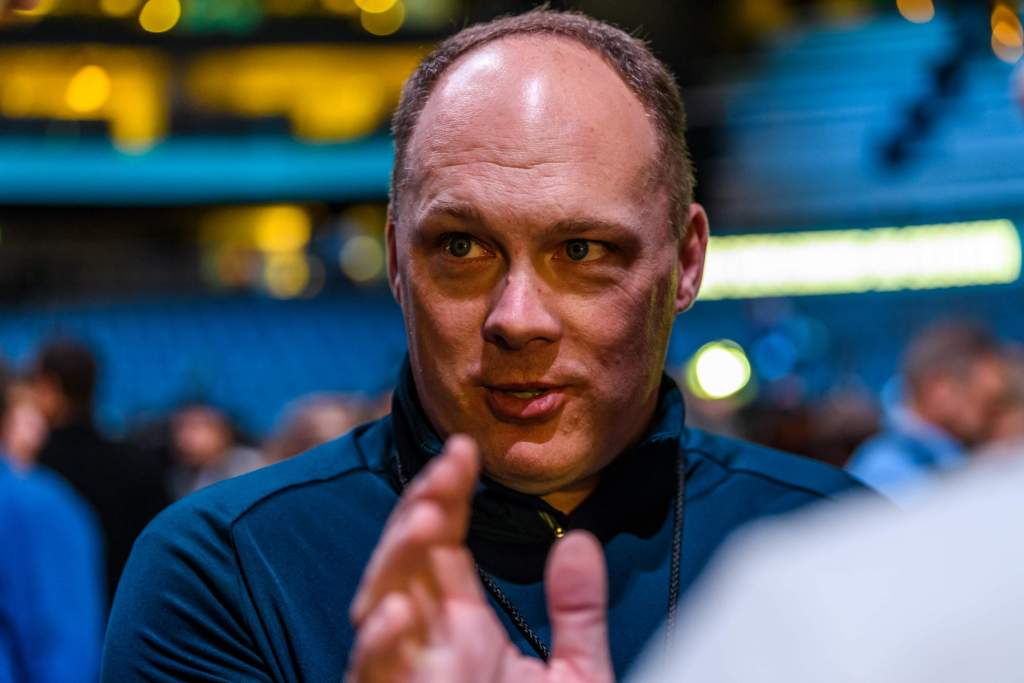 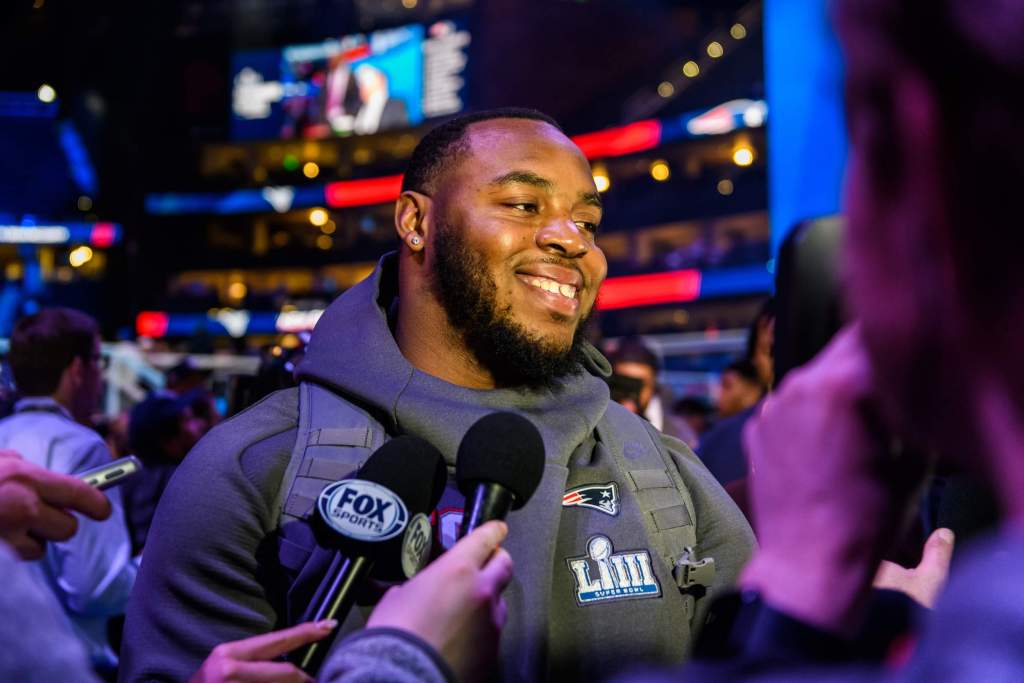 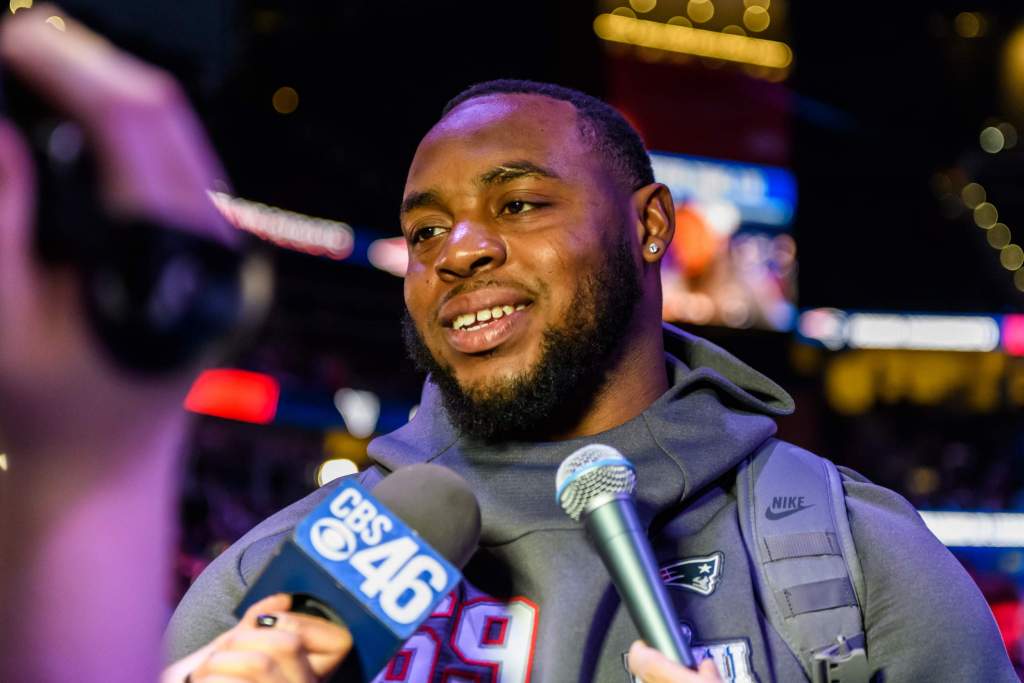 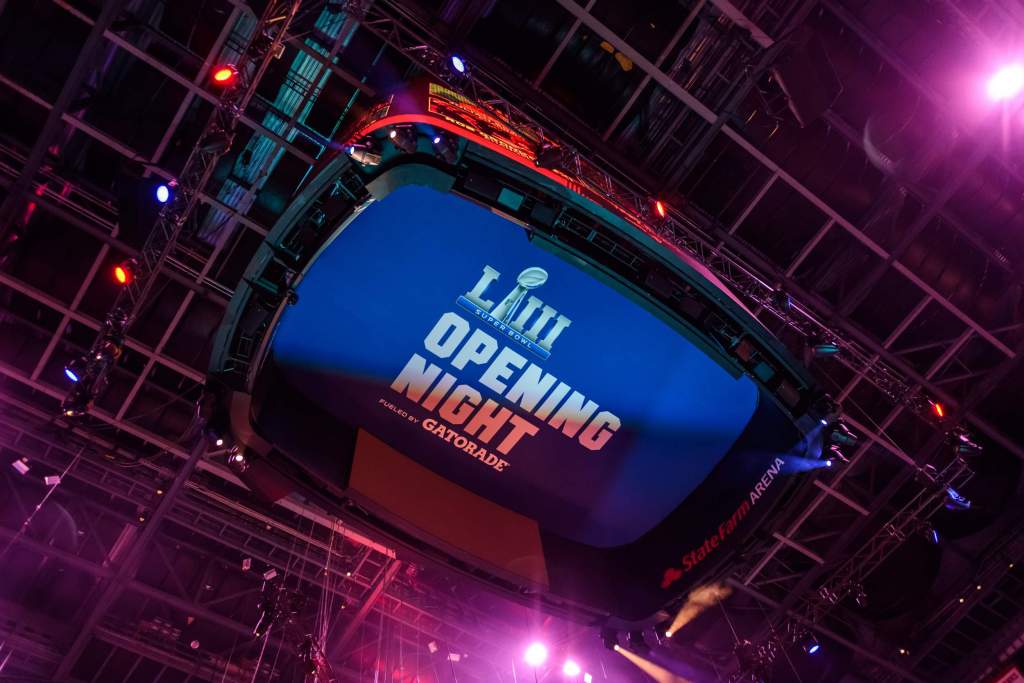 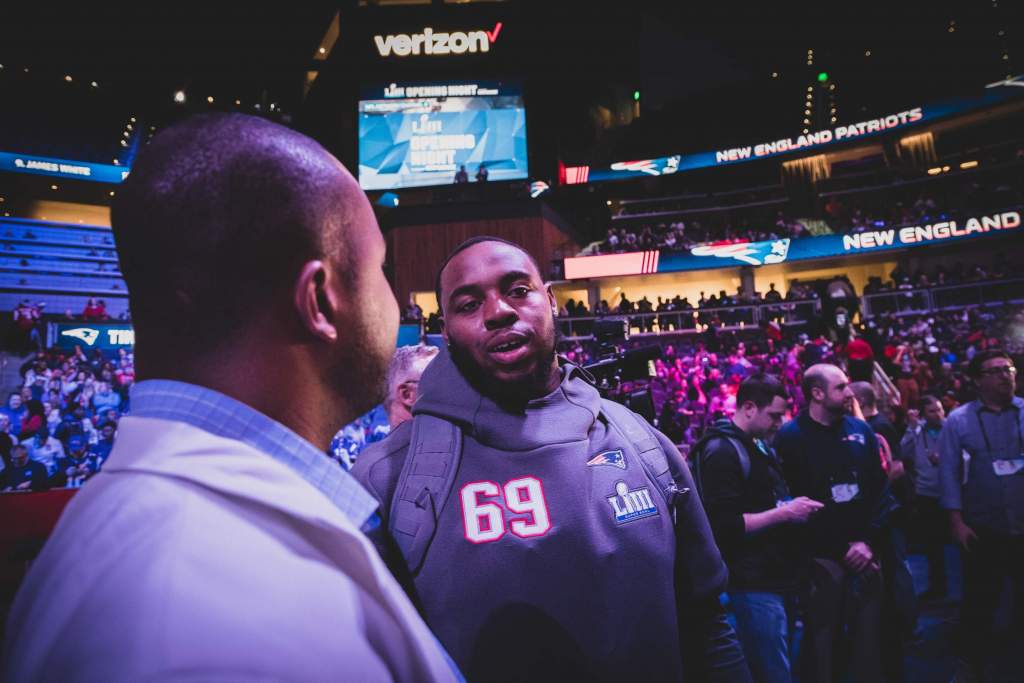 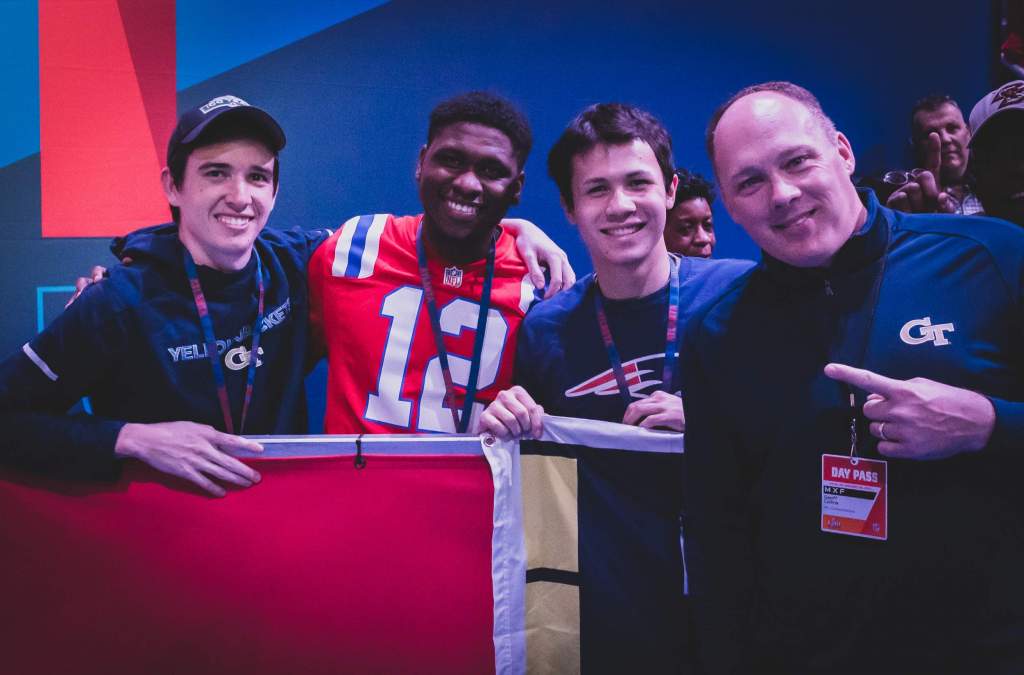 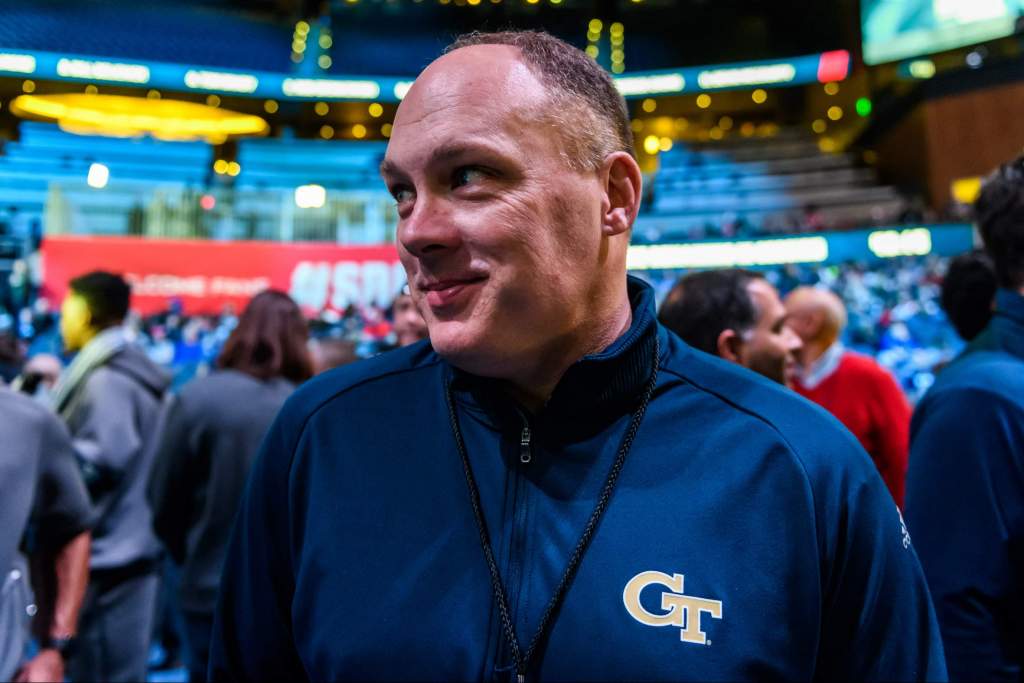 Honored to play a role in hosting the #SuperBowl in our hometown! #ATL #TogetherWeSwarm 🐝👊 https://t.co/XMjHGevK8e

“I think the highlight of the whole thing was seeing @ShaqDiesel_70 picture on the front of the building as you drive in… He’s an All-American here, man, a great player. It’s a special thing for Shaq and we’re all happy for him.”#SBLIIIhttps://t.co/48MKGMsUzZ

#GaTech professors, student-athletes among those who are proud to have @ShaqDiesel_70 back on The Flats this week as he prepares for #SBLIII!

“It’s been great. Getting to the #SuperBowl in general is a blessing. The fact that being at Tech I got to see a lot of the old teammates and friends. It means a lot.” – @ShaqDiesel_70

#ATL is taking it to ANOTHER LEVEL with the #SuperBowl in our city! It was an honor to host the @Patriots this week and show off our hometown! 👊 pic.twitter.com/5PJIHj50xu

Great to host the Patriots this week and get the chance to talk with Coach Belichick! pic.twitter.com/6Qxl6owozD

There’s no better place to host @NFL #1stAndFuture than our campus! @CoachCollins served as one of the judges this morning for innovative startups. 👨‍⚖️🏈💻#SuperBowl 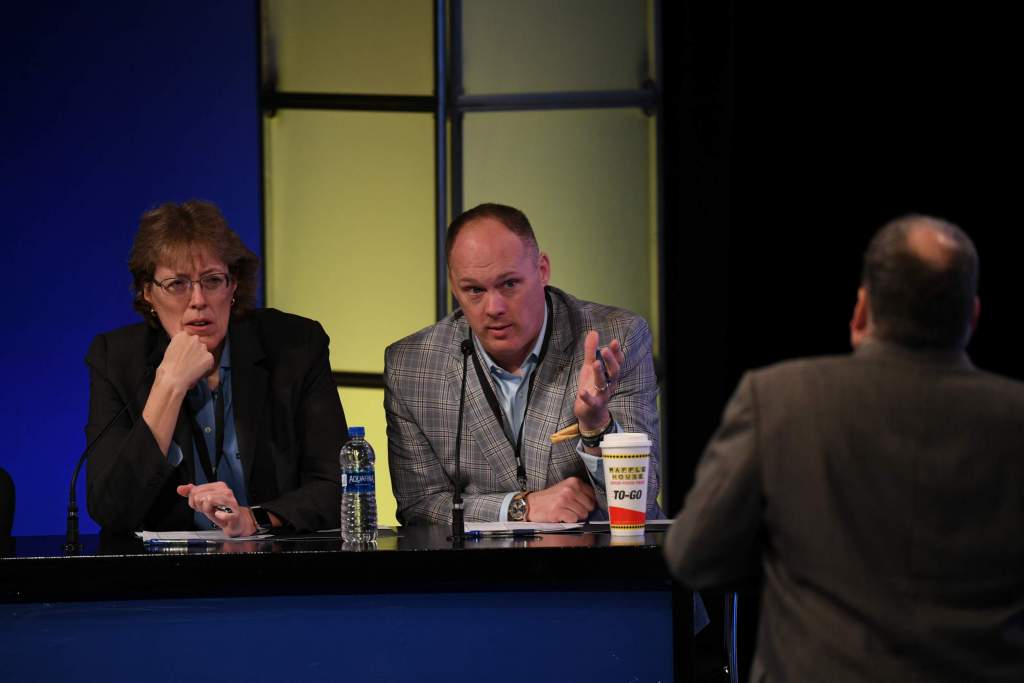 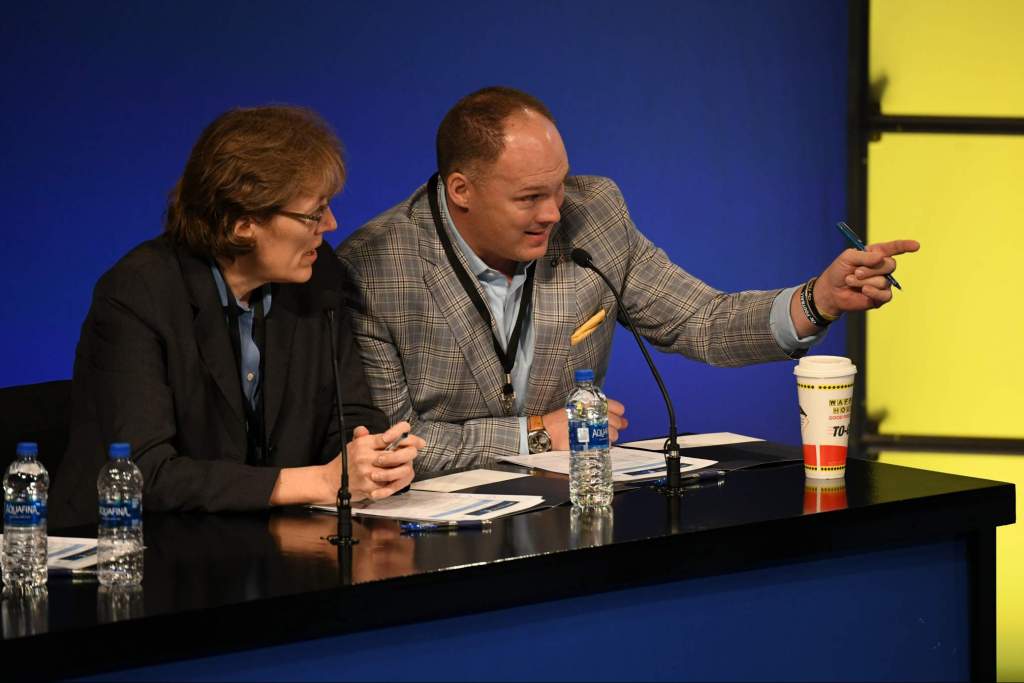 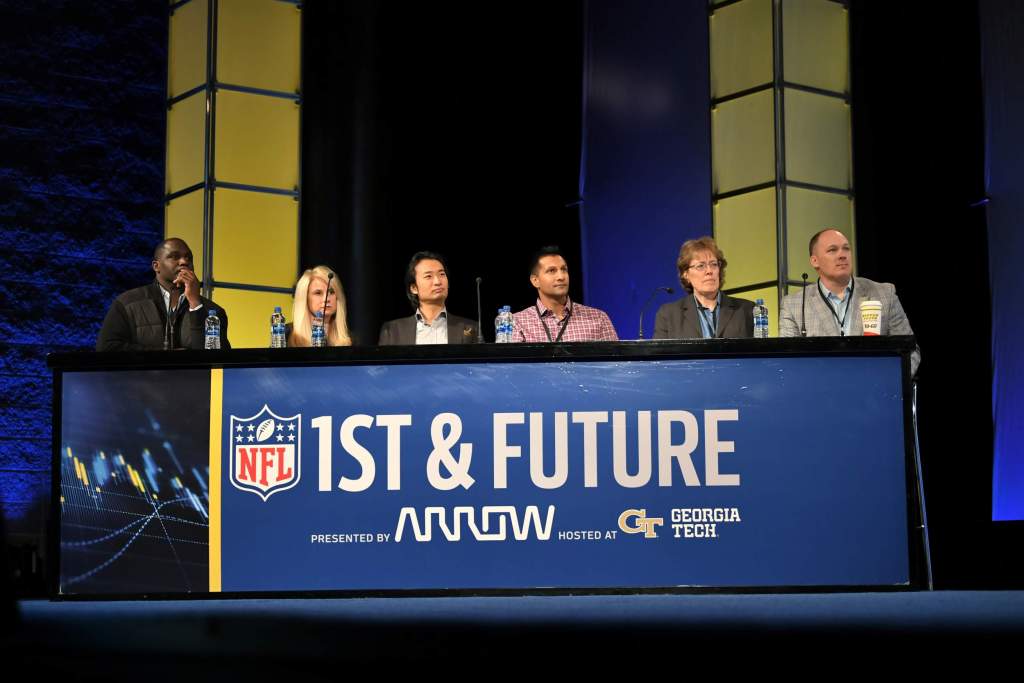 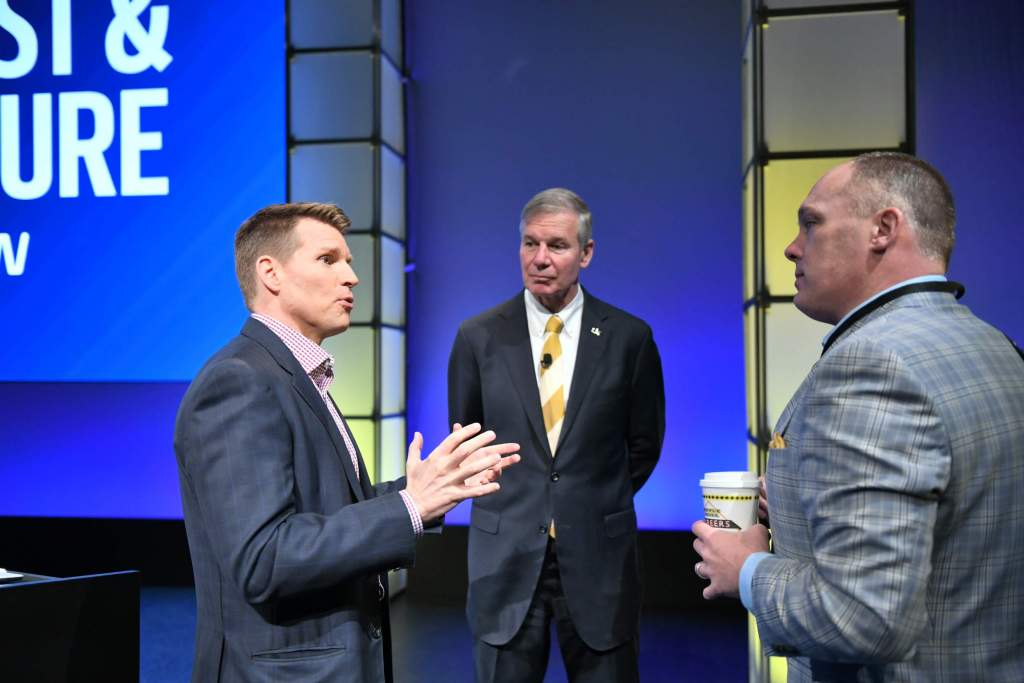