Six former Georgia Tech football standouts are on the opening-day roster for the Atlanta Legends in the newly formed Alliance of American Football, which begins its inaugural season this weekend. 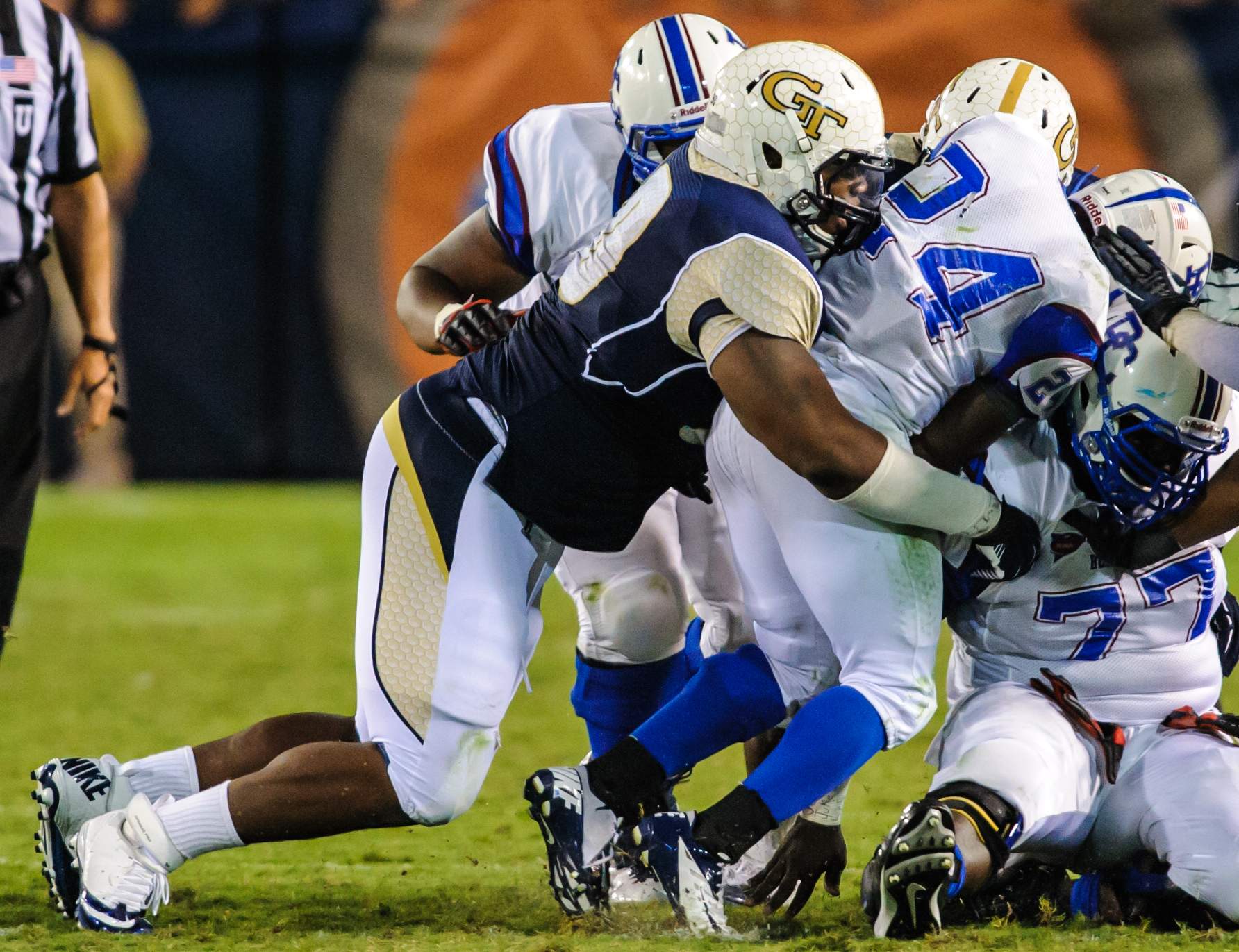 Former Yellow Jacket T.J. Barnes will be the Atlanta Legends’ starting nose tackle when they open the inaugural AAF season on Saturday at Orlando.

Three of the six former Yellow Jackets on Atlanta’s roster are listed as starters for Saturday’s opener – Burden at center, Barnes at nose tackle and Watts at outside linebacker. Freeman (linebacker) and Thomas (wide receiver) are both playing different positions for the Legends than they did at Tech.