“That was fun. Unbelievable, unbelievable resolve from our guys. The way they played, the way they attacked, the way they stayed in the moment. That was a complete offense, defense, and special teams game. It was a complete offense, defense, special teams victory. Just really proud of them. I’ve told everybody in the Georgia Tech fanbase, I’ve told everyone who would listen that these guys are getting better every single week. That group that’s in that white and gold today is a good football team, and we will continue to get better. They work hard, they have the right attitude, they have the right mindset, and it is awesome to get a group of guys that just keeps building. Blocking out any external noise, just worrying about getting better every single day. We challenged them to not worry about the scoreboard. Just play. Play as hard as you can, celebrate with one another. That first 15-yard penalty was totally on me. We practiced it yesterday. We do a kick script every Friday, we go through it, we play the entire game, and we practiced scoring the touchdown, however we scored it, and having a kickoff after a celebration penalty. Now, I wish it hadn’t gone for a touchdown on that drive, but I told them to just cut it loose and play, have fun, celebrate together, play really hard, and they did that. So just really, really proud of them for buying into the process, developing, learning the process, and then applying it today in an ACC victory.”

“They were setting edges and there weren’t a lot of chances to get the outside run game. Give them credit, they’ve got a really good defense and I think it’s one of the top run defenses in college football. They’ve got really good players, they’ve got a really good scheme, but our guys just kept battling. We talked about all week, and really the last two weeks, it’s either find a way or make one. And our guys just found a way, hunted and pecked, and figured out how we could exploit some of the things they were doing. And then the effort that coach [Tashard] Choice and the entire running back room attack everything that they do, their role on special teams. Nathan Cotrell on the fake punt, I mean, that’s awesome. He’s just down there covering kicks, punts, doing everything at a high level for us, and I was so glad that he was able to get that touchdown with Pressley Harvin. I guess we gotta check Pressley’s QBR rating, I gotta imagine it’s pretty good. He’s gotta be one of the best punters in college football, really proud of him.”

“Well first of all, and JP will be the first one to tell you, the offensive line, and I’ve said it for so many weeks, this is one of the most dramatic changes in college football history. For those guys week in and week out to just come out and get better at their technique, and fundamentals, understanding IDs, running a different scheme. There’s a lot of different things we do in an NFL spread-based attack, and [I’m] just really proud of the offensive line. JP runs really hard, he breaks tackles, he’s hard to bring down, and he is a tremendous competitor. He was one of our captains today, Jerry Howard was one of our captains today. Jerry Howard wore the number 90, which is as big of an honor that you can have in this program. Special mention, I mentioned it in the locker room just then that ‘Big B,’ Brandon Adams, is with us all the time. I know he’s up there, looking down on us with pride and looking down on his teammates with pride, and I just hope his family and all the people who loved him like we do, can get some enjoyment from today.” 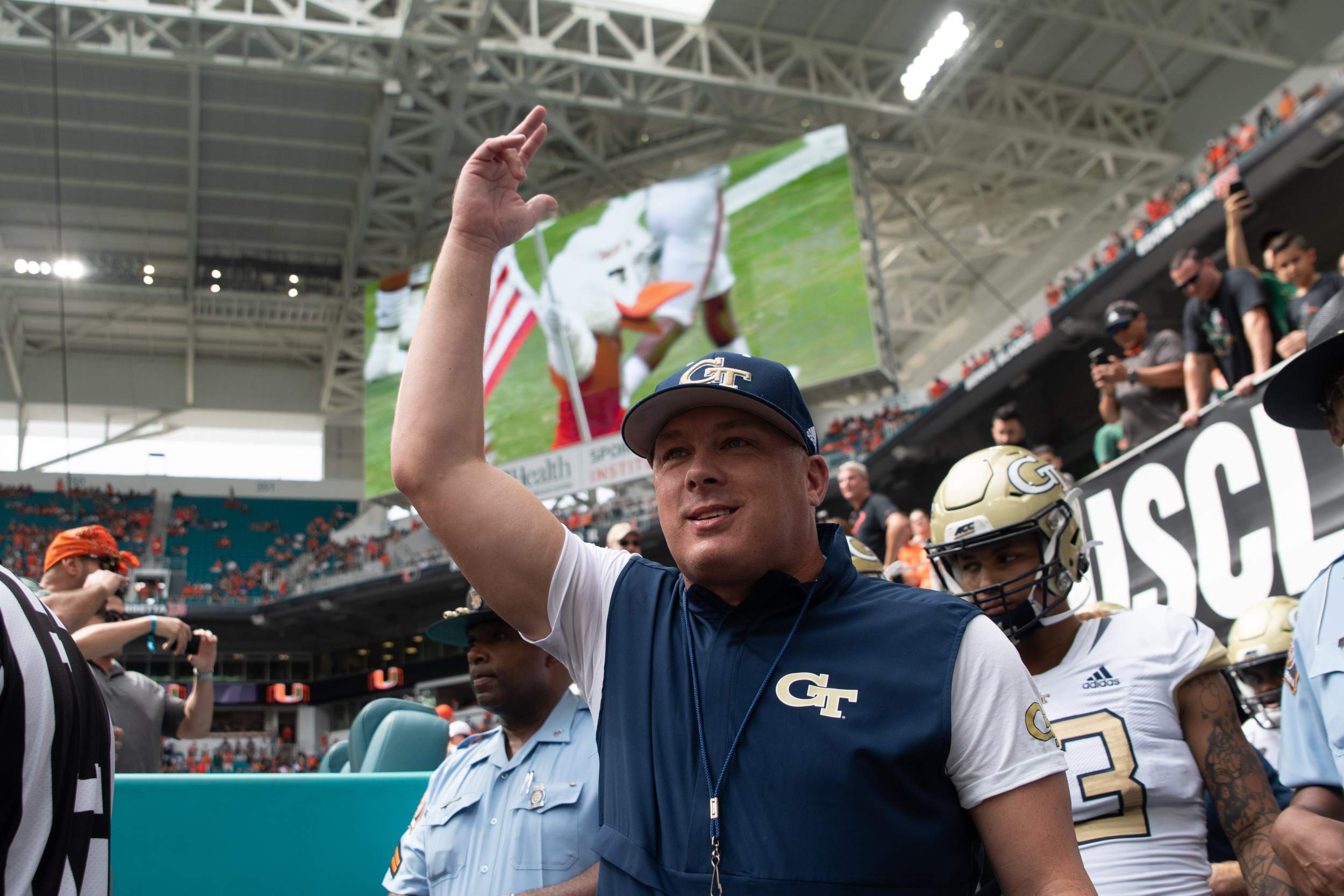 On the fake punt touchdown pass…

“It was literally by far the best play I’ve ever had in my life. I knew coming into the game we were going to have that fake up. Coach put it in earlier in the week to try to make it perfection and we ran it in practice a couple times, so I just took a look I threw it up and they just came down with the ball. Good play.”

“I was a little nervous going out there, so I had to make a little prayer to God and ‘Big B’ [Brandon Adams] and all my angels that are up there watching over me asking them to just put the ball in our hands.” 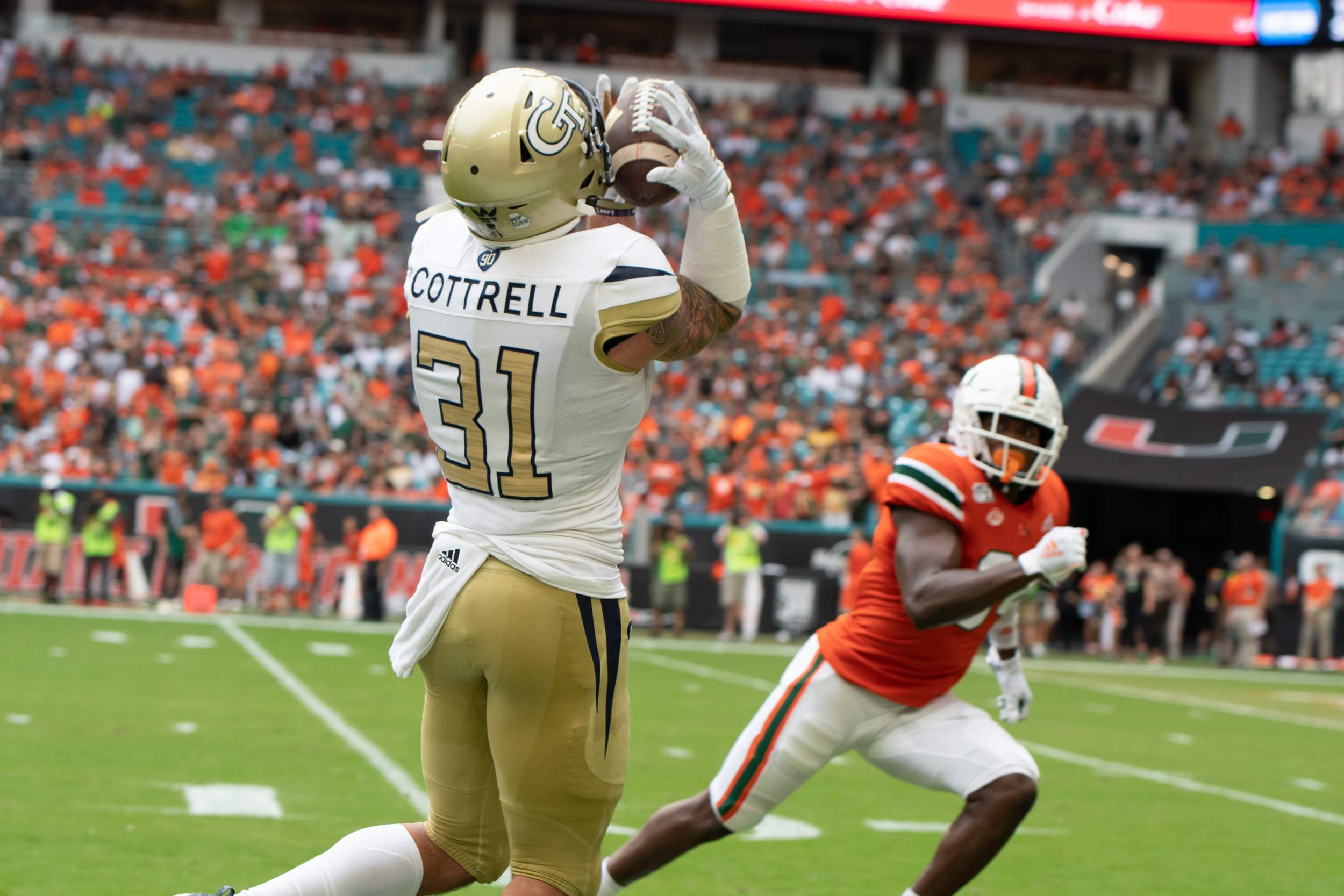 On Miami’s struggle with kicking

“We didn’t game plan them working on their kicking game. We just came in ready to put the ball down, play defense and do what we have to do. On offense and defense, we ran our game plan and we weren’t worried about our opponent.”

On what Miami did with their run game 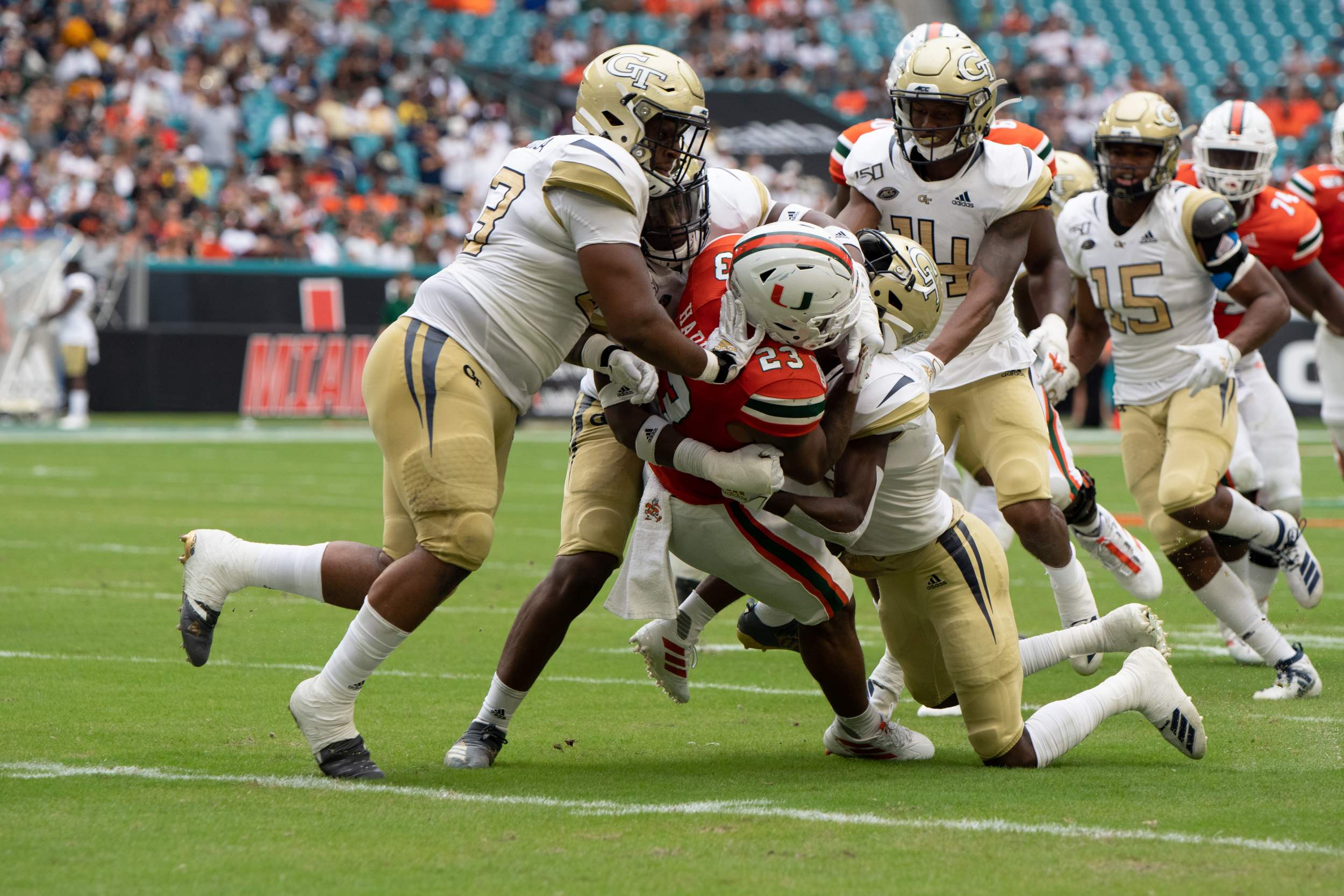 On what got the running game going

“First of all, my offensive line just going at it. Today, I don’t know, something was different about them, man. They just came in with their heads ready to go. They said from the last game they were ready to block for me. So, they said, ‘We’re going to get you that over 100 [yards rushing].’ And they did that. So, I’m proud of them.”

“Just teamwork, [the offensive line] just knowing the protections we got to call in certain situations. They did real good tonight, very focused tonight. Coach [Brent] Key [was] teaching them everything they need to know for the game, so we came out and we were prepared.”

“Yeah, we got a different quarterback now, James [Graham], he can throw it. So, it’s definitely going to up as soon as he gets to slinging the ball around and completing the ball like he should be.” 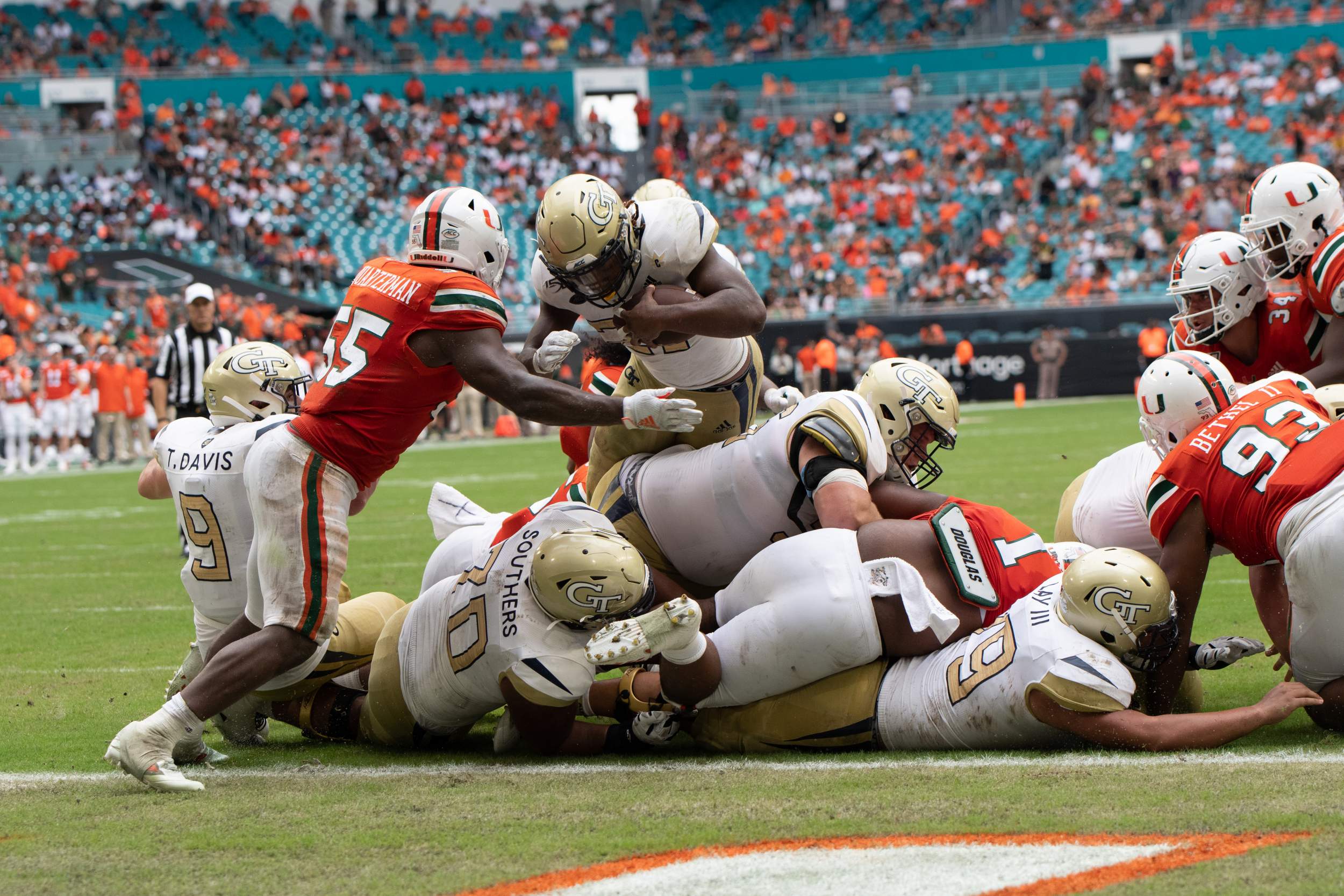