CLEMSON, S.C. – Behind the doubles point and three singles victories, No. 14 Georgia Tech captured its first Atlantic Coast Conference road win of the season on Saturday, defeating Clemson, 4-3. The Tigers held a 3-2 lead before the Jackets rallied back to win the final two singles matches to clinch the win.

DOUBLES – The Yellow Jackets (9-5, 2-1 ACC) took two of three doubles matches from the Tigers (5-6, 0-3 ACC) to secure the early match lead. Clemson won the first match to finish at the No. 1 spot, but Gia Cohen and Carol Lee quickly leveled the doubles field, winning on court two. The Yellow Jacket pair raced out with a 5-1 lead over Mackenzy Middlebrooks and Ali DeSpain, but the Tigers fought off match point to setup a 5-2 tally. The Jackets broke Clemson in the next game to pocket the match, 6-2, leaving the doubles point to be decided on court three. Sophia Hatton and Cristina Mayorova opened a 4-1 lead over Monika Dedaj and Ava Hrastar, and held match point at 5-2, but the Yellow Jackets rallied to win five straight games to win the match, 7-5, clinching the doubles point for Georgia Tech.

SINGLES: Victoria Flores pushed Tech’s lead out to 2-0, grabbing a quick straight-set win on court two to open singles play. Flores rolled to a 6-3, 6-3 victory over Thompson, but Clemson won the next two singles matches on courts three and four to even the score at 2-2. The Tigers took a 3-2 match lead winning on court five leaving Tech needing the final two singles matches to clinch the win.

Rosie Garcia Gross knotted the score for the second time, defeating DeSpain on court six. Tied at 4-4 in the opening set, Garcia Gross won the next two games to take the first set, 6-4. DeSpain held the advantage in the second set, 5-3, but Garcia Gross battled back to force a tiebreak at 6-all. The Jacket won the tiebreak, 7-5, to tie the match at 3-all.

Competing at the top spot, Kenya Jones and Eleni Louka were on serve at 3-all in the first set before the Jacket pocketed the opener, 6-4. Louka won the second set, 7-6 (7-4), but Jones cruised in the deciding set, 6-1, to clinch the win for Georgia Tech.

UP NEXT – The Yellow Jackets continue this road swing next weekend, visiting Wake Forest and NC State, March 6-7, respectively. 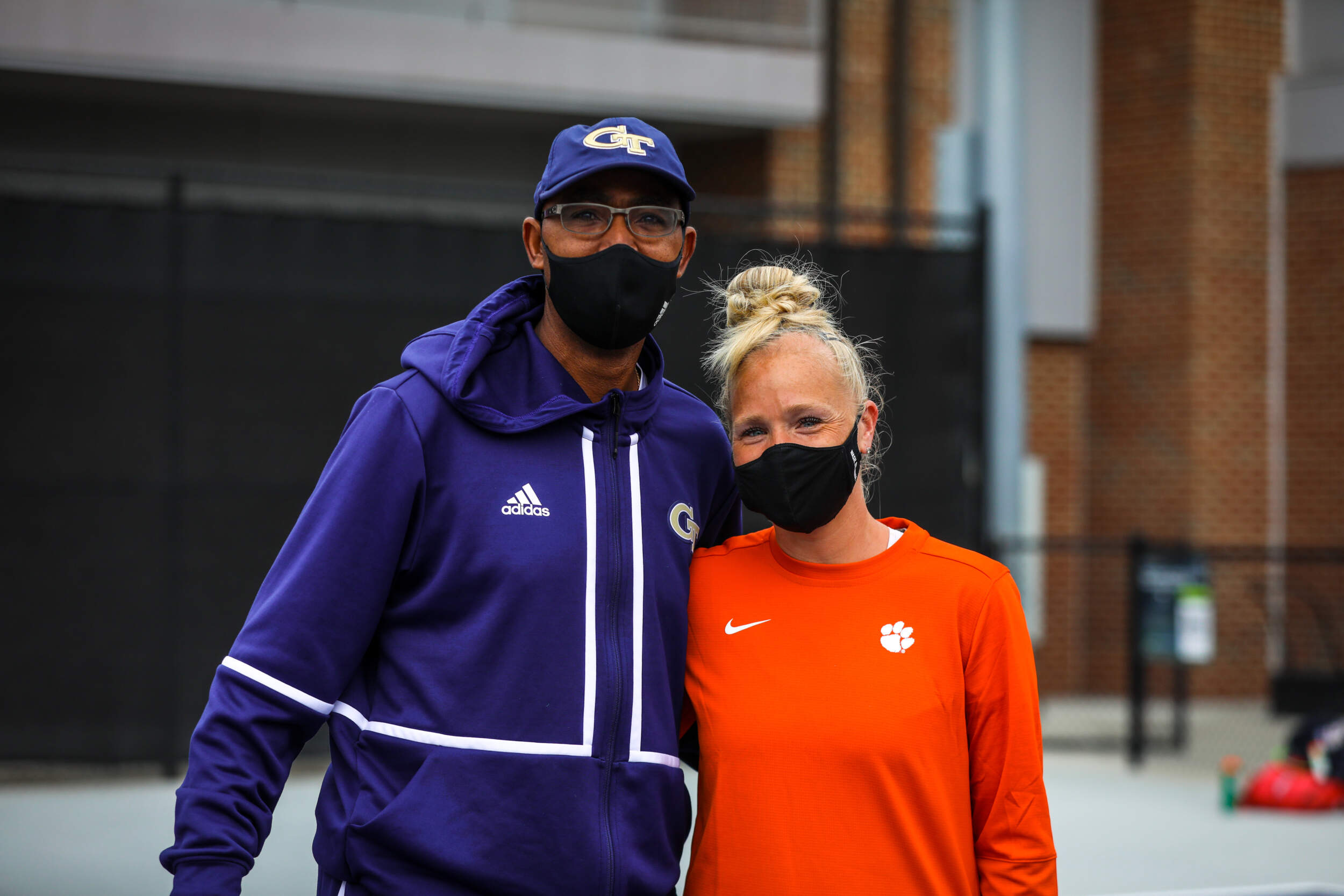