Written by Georgia Tech Sports Hall of Fame inductee and ACC Network personality Wes Durham and originally published nearly 10 years ago in recognition of the 67th anniversary of Clint Castleberry’s first game as a Yellow Jacket, we repost this piece today in honor of all those who have made the ultimate sacrifice for our country and our freedom.

Bill Alexander’s Yellow Jackets of 1942 began their season 67 years ago today. It was hard to know what was expected that late September afternoon on Grant Field. The year before, Coach Alex’s team was 3-6, and had lost four of their last five games, including a 21-0 loss to Georgia at home.

But 1942 would be a different year for Georgia Tech, and it was one they still talk about. In an 11-game span, one player won the hearts of Tech fans for not just that year, but every year after that.

On this day, 67 years ago, Clinton Dillard Castleberry, Jr., made his college debut for Georgia Tech. 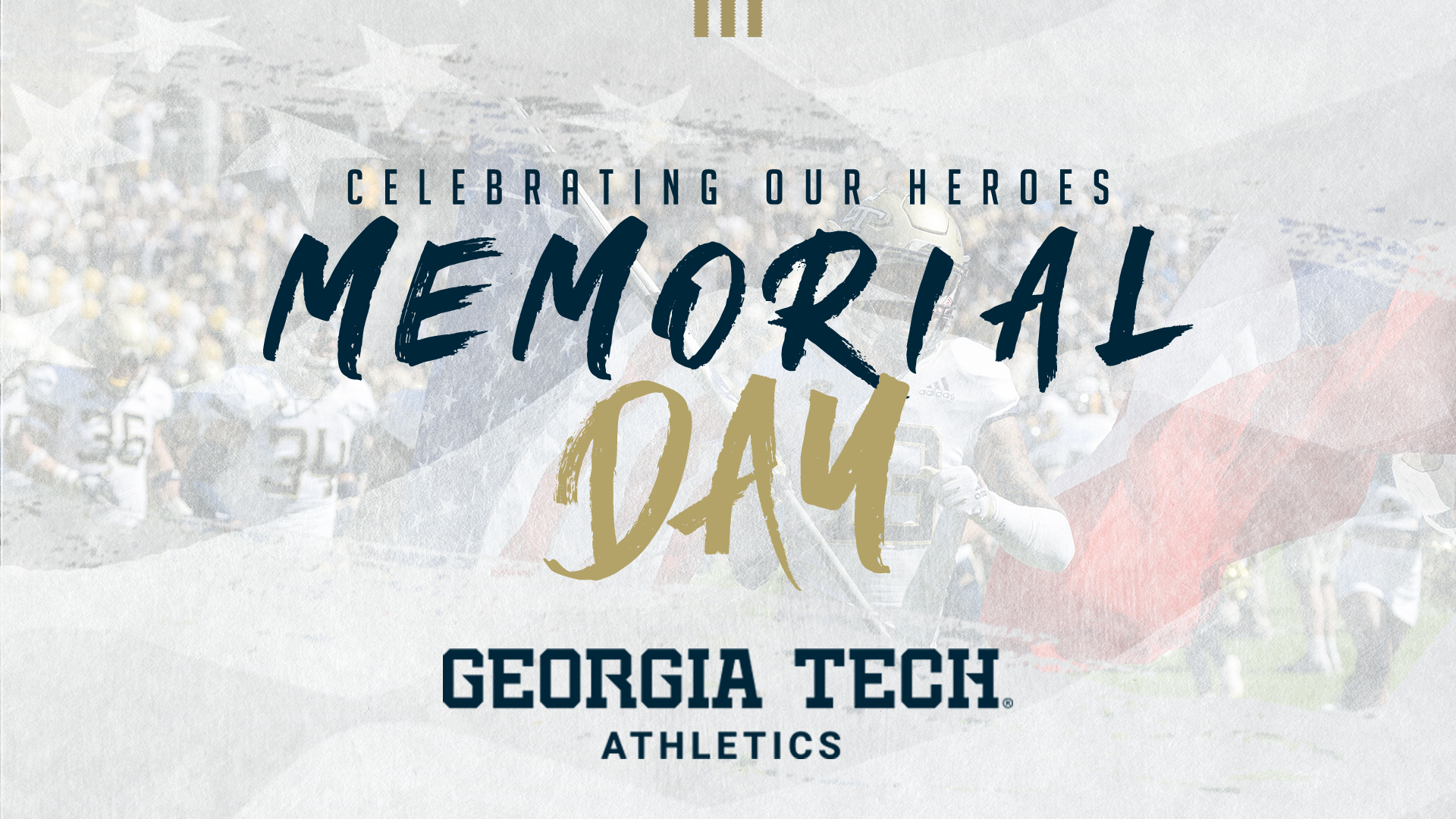 If you have followed Georgia Tech with any regularity, you know the story. Castleberry, who went undefeated as a prep star at Boys High in Atlanta, had spurned other big-time national football powers, to stay home and attend Georgia Tech. He was a remarkable player for his age and size. You see, Clint Castleberry wasn’t a Jim Thorpe or Red Grange type of player. He was only 5-foot-9 and 155 pounds.

Castleberry was all-state in football, basketball and baseball at Boys High. He set state marks for scoring in a season with 102 points, while gaining 171 yards a game on the ground. The “box formation” attack let Castleberry run and pass Boys High to another state title in 1941.

But he could sure play the game. He was so good, in fact, that as a freshman he would finish third for the Heisman Trophy, which at that time was precedent setting in itself. Since then, only Adrian Peterson (2nd in 2004) has surpassed the mark set by Castleberry. Michael Vick and Herschel Walker were the other freshmen to contend for college football’s single biggest individual honor, but they finished third like the Castleberry.

He would also set marks as the first underclassman to be named first team All-SEC. That was pretty strong stuff for one season.

The exploits of Castleberry are retold from memory now. At the height of his success, film was rare and newspaper accounts were spun from typewriters and telegraph lines as he worked his way into legendary status in what was an improbable season for Alexander’s team.

The 1942 season hung in the balance following Pearl Harbor and the emergence of World War II. But it was decided that sports, particularly college football would be good for everyone’s morale.

It was not only good for morale, it was great for Georgia Tech.

Auburn fell to Tech in the opener, 15-0, in a game which Castleberry did everything, including make tackles on punt coverage. A report from Jack Troy of the Atlanta Constitution said, “Castleberry darted, stopped, changed direction, darted some more and often galloped when given shirt tail distance on scrimmage plays.”

Word was that day, Castleberry lined up at end on punt coverage and ran so fast down the field he met the Auburn return man before the punt arrived, allowing him to catch the ball before making the tackle. It was quite a debut, and it would be quite a fall for the Ramblin’ Wreck.

But for this special team in Tech history and its special player, there was much more than the win over Auburn on opening day. The next week, the Yellow Jackets were on the train to South Bend, Ind., and Castleberry would write some more history.

Tech only travelled 31 players for the game at Notre Dame Stadium, but Castleberry stole the show against the Irish, passing for the winning score and outplaying the Irish star, Angelo Bertelli. He was hailed after the game as, “one of the finest backs in the country, and leave size out of it.”

The Yellow Jackets would have to battle some adversity during the year. Coach Alexander had taken ill, and would surrender a couple of games to his able assistant Bobby Dodd. Injuries to the Jackets were also becoming a factor, but Castleberry was continuing to make big plays along the way.

At 4-0, and visiting powerful Navy, Castleberry returned an interception 95 yards for a touchdown, then capped the victory by batting down three late passes to stop a rally by the Mids. The performance spread word to the northeast. The New York Herald wrote, “speed and shiftiness…which combined the best features of a wraith and an antelope.”

The Washington Post wondered why the eastern press did not know of this fine player?

A 26-7 win a week later at Duke proved to be costly to Tech. Several Jackets were injured in the game. Castleberry’s exploits included a handful of runs and yet another critical interception at Duke Stadium. Twenty-two players were unable to practice leading up to the Kentucky game the next week.

He single-handedly set up the lone touchdown of the game, before letting teammate Ralph Plaster score on a one-yard keeper. Then he batted down passes on defense, made key tackles and managed the game like a veteran player, as the Jackets ultimately beat the Crimson Tide.

Alabama head coach Ralph Thomas said, “the best first year defensive back I have seen.” Legendary columnist Fred Russell of the Nashville Banner wrote, “I know of only one way to stop Castleberry, and that’s to repeal the freshman eligibility rule.”

The physical nature of the season was taking its toll on Tech. Dodd, who had guided the Jackets against Alabama, would do so again in their 20-7, victory against Florida the next week. But late in that game, Castleberry hurt his knee, and his final two games would not showcase him at full speed.

His efforts were valiant, but there would not be a win over Georgia in the regular season finale. The showdown with Frank Sinkwich didn’t materialize either for Castleberry. He and Tech were just shadows of the earlier team that had taken the nation by storm. The Bulldogs won handily in Athens, 34-0.

Castleberry reinjured the knee leading up to the bowl game, and he would only appear briefly in the post-season. Most of the Jackets had been “Iron Men” through the season, playing an average of 55 minutes per game. They were headlined by the rookie star.

This remarkable season would come to an end on New Year’s Day in the Cotton Bowl, when Tech fell to Texas, 14-7, in Dallas. The Jackets would finish 9-2.

Later that month, Castleberry had surgery on the knee. A month after that, he and 17 other players off that team were called up for duty in the Army Air Corps. He and longtime girlfriend, Shirley Poole staged a “wartime wedding” before he reported for training as a pilot in Arkansas and his additional assignments.

Less than two years later, Castleberry was gone. On Nov. 7, 1944, the flight from Liberia to Senegal never landed. He and three others were originally reported missing, and two weeks later that status was changed to killed.

There were heroes before and have been heroes since, but for Georgia Tech, nobody has captured the football fantasy of a country for one season, like #19.