THE FLATS – James Banks torched Wake Forest for 20 points on 9-of-11 shooting to lead Georgia Tech to a 92-79 win over the Demon Deacons in the Atlantic Coast Conference opener for both teams on Saturday afternoon at McCamish Pavilion.

Defensively, the Yellow Jackets limited Wake Forest (7-6, 0-1 ACC) to 39.7-percent shooting (27-of-68), which marks the third-straight game that Georgia Tech’s opponent has made less than 42 percent of its field-goal attempts.

Banks led four Tech scorers in double-figures with his 20 points. The junior’s 20-point output was just two shy of his career high of 22, set last month against Gardner-Webb.

Freshman Michael Devoe, senior Brandon Alston and sophomore Jose Alvarado rounded out the four Yellow Jackets in double-figures with 16, 14 and 13 points, respectively. Devoe’s 16 points were a career high, surpassing the 14 he scored on Wednesday night against USC Upstate.

Georgia Tech closes a five-game homestand on Wednesday when it hosts No. 10 Virginia Tech for an ACC matchup at McCamish Pavilion. Tipoff is set for 7 p.m. 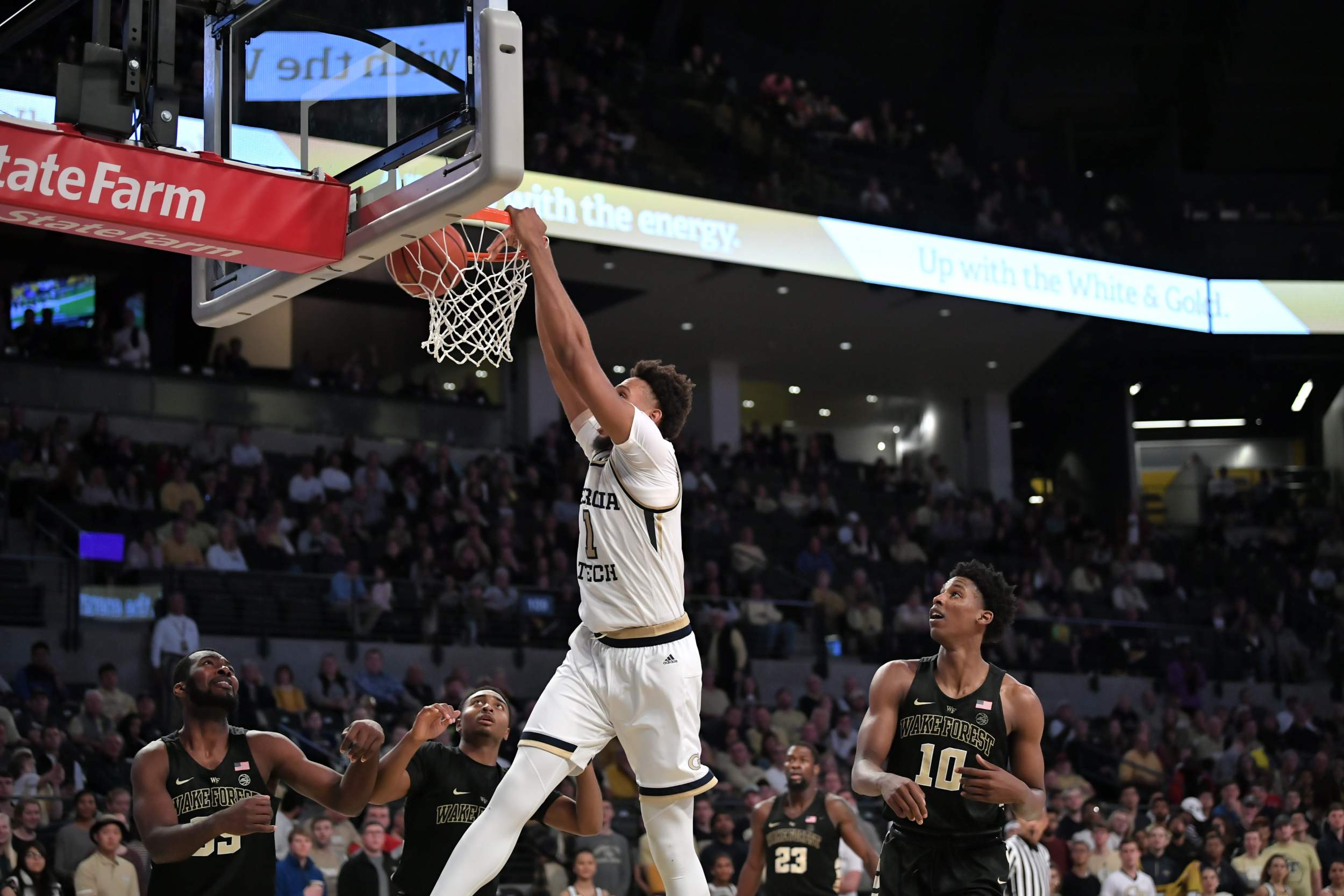 James Banks had four slam dunks during his 20-point performance in Saturday’s win over Wake Forest. 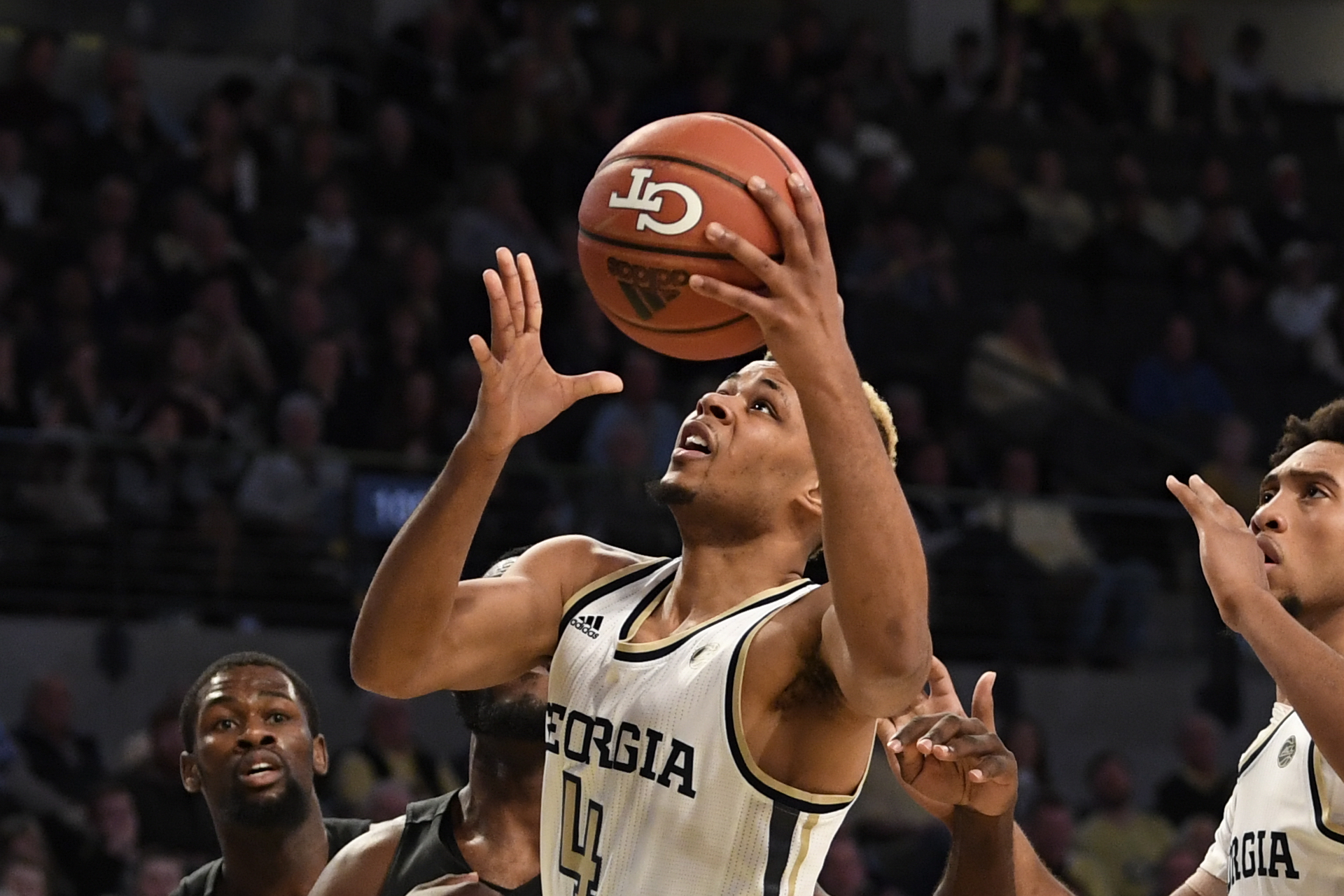 Inside The Chart – Syracuse
VIDEO: Josh Pastner on Bald Men Not on Campus