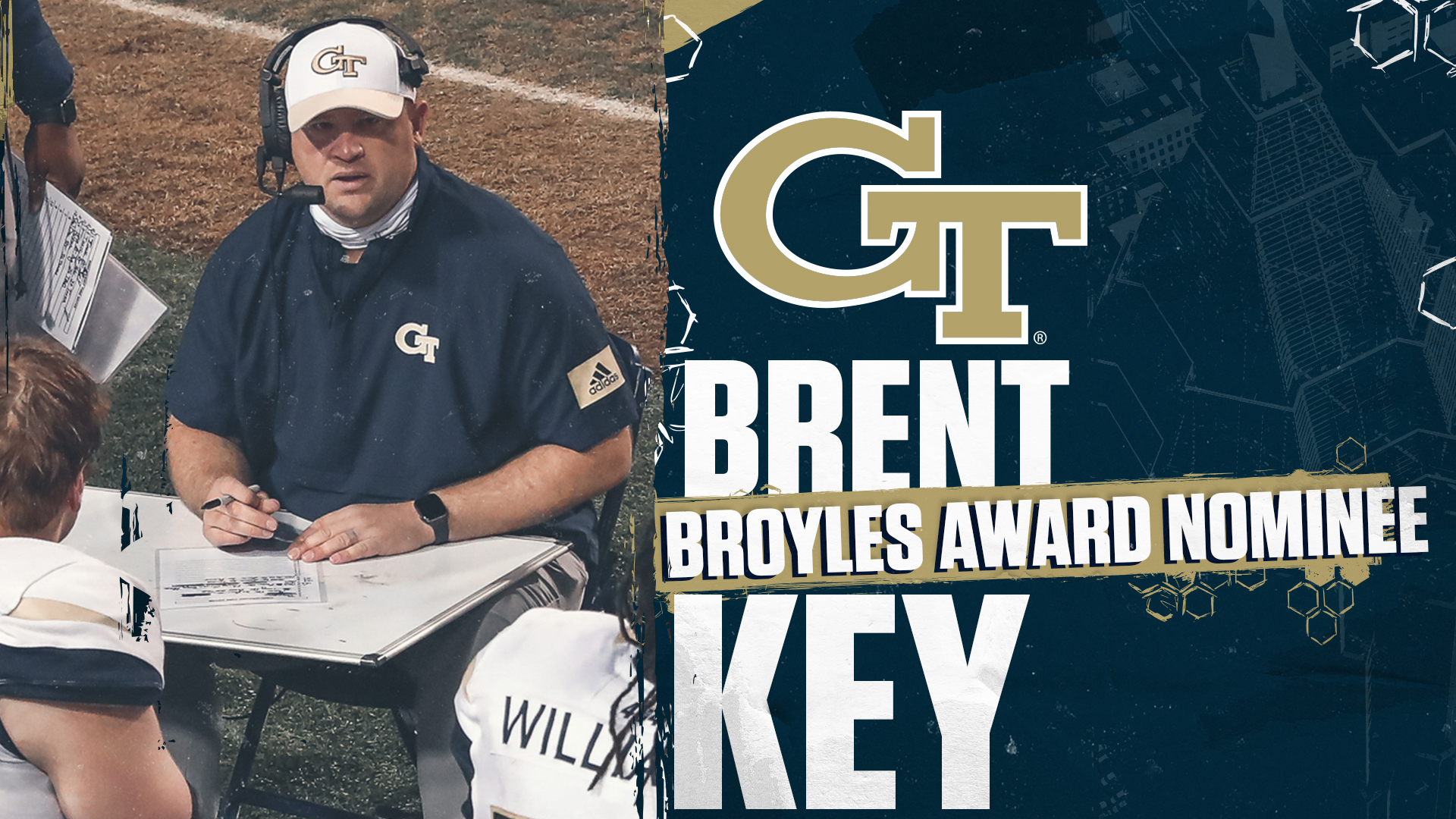 A Georgia Tech alumnus and football letterwinner, Key is in his second season back at his alma mater. As offensive line coach, he was charged with overseeing the drastic transformation of Georgia Tech’s offensive front from one built to block for the Yellow Jackets’ previous option-based scheme to a pro-style, spread attack. Although still in the early stages of the transformation, Tech is averaging nearly 10 points, 50 rushing yards and 115 total yards more than it did a season ago. The Yellow Jackets rank fourth in the Atlantic Coast Conference in rushing (201.1 ypg) and fifth in fewest sacks allowed (2.2 pg) this season.

In addition to his leadership on the field, Key plays a pivotal role in recruiting for the Yellow Jackets, which landed the second-highest-ranked class in school history in 2020. Head coach Geoff Collins’ staff’s first full recruiting class, which was originally ranked No. 24 nationally by Rivals, was recently re-ranked as No. 8 by Bleacher Report.

Prior to Alabama, Key spent 11 seasons at UCF (2005-2015), where he was a three-time Broyles Award nominee (2012, 2013 and 2014) and helped lead the Knights to four conference championships while working under former Georgia Tech head coach George O’Leary.

Key was a four-year starting right guard under O’Leary at Georgia Tech from 1997-2000 and a key cog in an offensive front that helped the Yellow Jackets lead the ACC in rushing three times and rank No. 1 nationally in total offense in 1999. After graduating from Tech with a bachelor’s degree in management in 2001, Key began his coaching career as a graduate assistant under O’Leary in 2001 and head coach Chan Gailey in 2002. He then served as tight ends and running backs coach at Western Carolina before moving on to UCF.

A 43-member selection committee of distinguished former head coaches, broadcasters, and a committee representing the Football Writers Association of America will select 15 semifinalists, five finalists and an overall winner from the list of 2020 Broyles Award nominees.

Georgia Tech closes out the home portion of its 2020 schedule on Thursday when it hosts Pitt at Bobby Dodd Stadium. Kickoff is set for 7 p.m. and the game will be televised on the ACC Regional Sports Network (RSN – Fox Sports South in Atlanta). An extremely limited number of tickets for the Senior Day game are available and can be purchased online by clicking HERE. All tickets and Georgia Tech-issued parking passes that were distributed for the original date of the GT-Pitt game (Nov. 14) will be honored for Thursday’s game versus the Panthers.