THE FLATS – Georgia Tech women’s tennis senior Kenya Jones picked up her second Atlantic Coast Conference Player of the Week honor on Tuesday, as announced by the league office. Jones went undefeated on the week as the Yellow Jackets opened ACC play at home.

Jones, ranked No. 13 in singles, helped Tech open ACC play splitting matches against Miami and No. 6 Florida State. Against the Hurricanes, Jones upset the No. 2 singles player in the country, Estela Perez-Somarriba in three-sets, 3-6, 6-4, 6-4. Jones’ win setup a 3-1 match lead for Tech after she handed the Hurricane her first loss of the season. In doubles action, Jones partnered with teammate Victoria Flores to top Daevenia Achong and Maya Tahan, 6-2, from the No. 1 spot. Jones kept her weekend record unblemished on Sunday, defeating No. 27 Guilia Pairone of Florida State, 6-4, 5-7, 1-0 (10-5) to move her win streak to three straight matches. 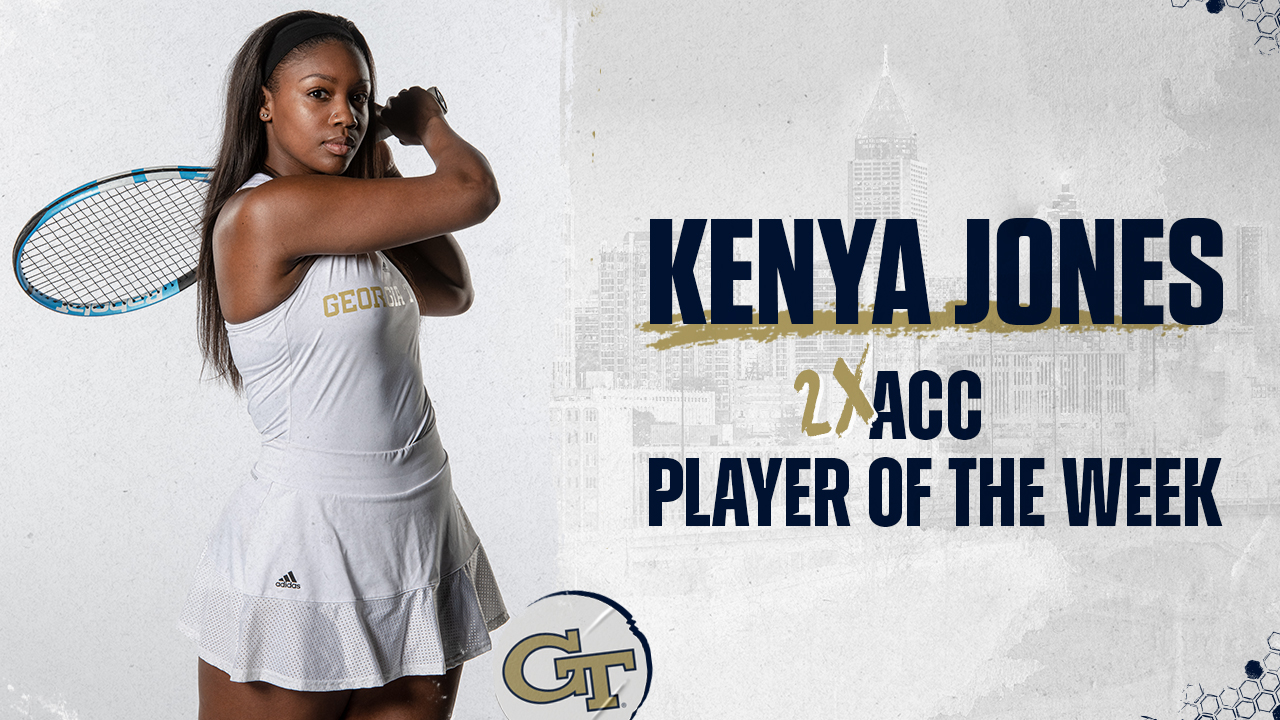 With her weekend sweep, Jones improved her dual singles record to 8-4 on the season and 2-0 in league play. In doubles action, Jones and Flores boast a 10-1 dual match record and are 12-1 overall.

The honor marks the second for Jones this season after she received the recognition to open the season.