Johnson Steps Down as Head Coach

THE FLATS – Paul Johnson, a three-time Atlantic Coast Conference Coach of the Year and Georgia Tech’s winningest football coach in more than five decades, has elected to step down as the Yellow Jackets’ head coach, he announced on Wednesday.

“After 40 years of coaching, it’s time to take a break,” Johnson said. “My family has sacrificed a lot over the years. I want to watch my daughter [Kaitlyn, a professional opera singer] perform and do some things with my wife [Susan] that we’ve never had a chance to do. It’s been a great run for the last 11 years here on The Flats. I’m proud of what we’ve accomplished and am looking forward to having the chance to coach this team one last time at our bowl game next month.”

With an 82-59 record in 11 seasons at Georgia Tech, Johnson is the fourth-winningest coach in school history in terms of both victories and winning percentage (.582). The only coaches that have ever won more games at Georgia Tech – John Heisman, William Alexander and Bobby Dodd – are all inducted to the College Football Hall of Fame and only Dodd won more games (91) than Johnson in his first 11 seasons on The Flats. 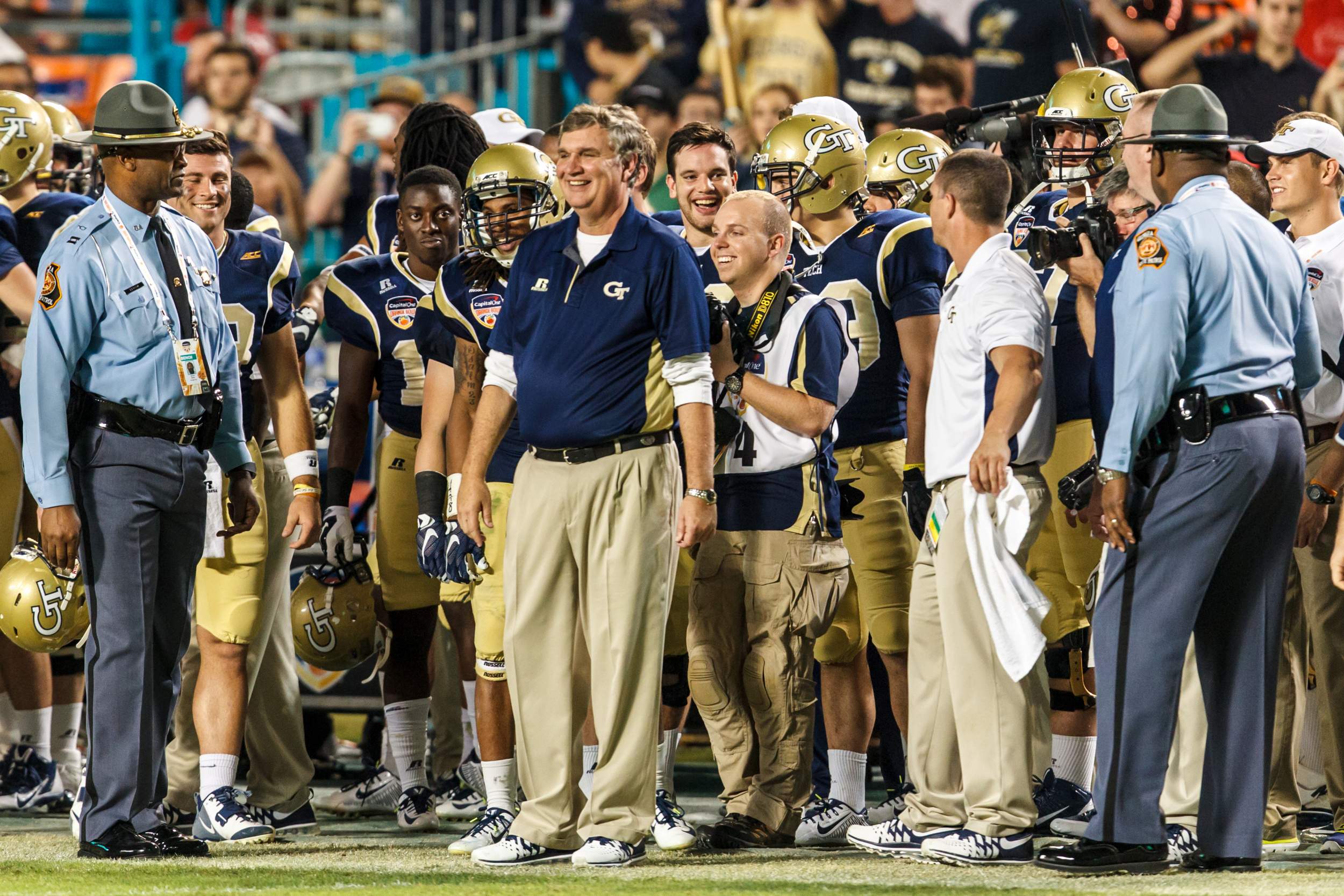 Johnson’s 22-year career as a head coach also included ultra-successful stints at Georgia Southern (1997-2001) and the U.S. Naval Academy (2002-07). In five seasons at Georgia Southern, he led the Eagles to a gaudy 62-10 overall record, two NCAA Division I-AA national championships (1999 and 2000) and five-straight Southern Conference titles. In six years at Navy, he led the Midshipmen to five eight-win seasons, five Commander-in-Chief’s trophies and five bowl appearances, turning around a program that had won just one game in the two seasons prior to his arrival (1-20). 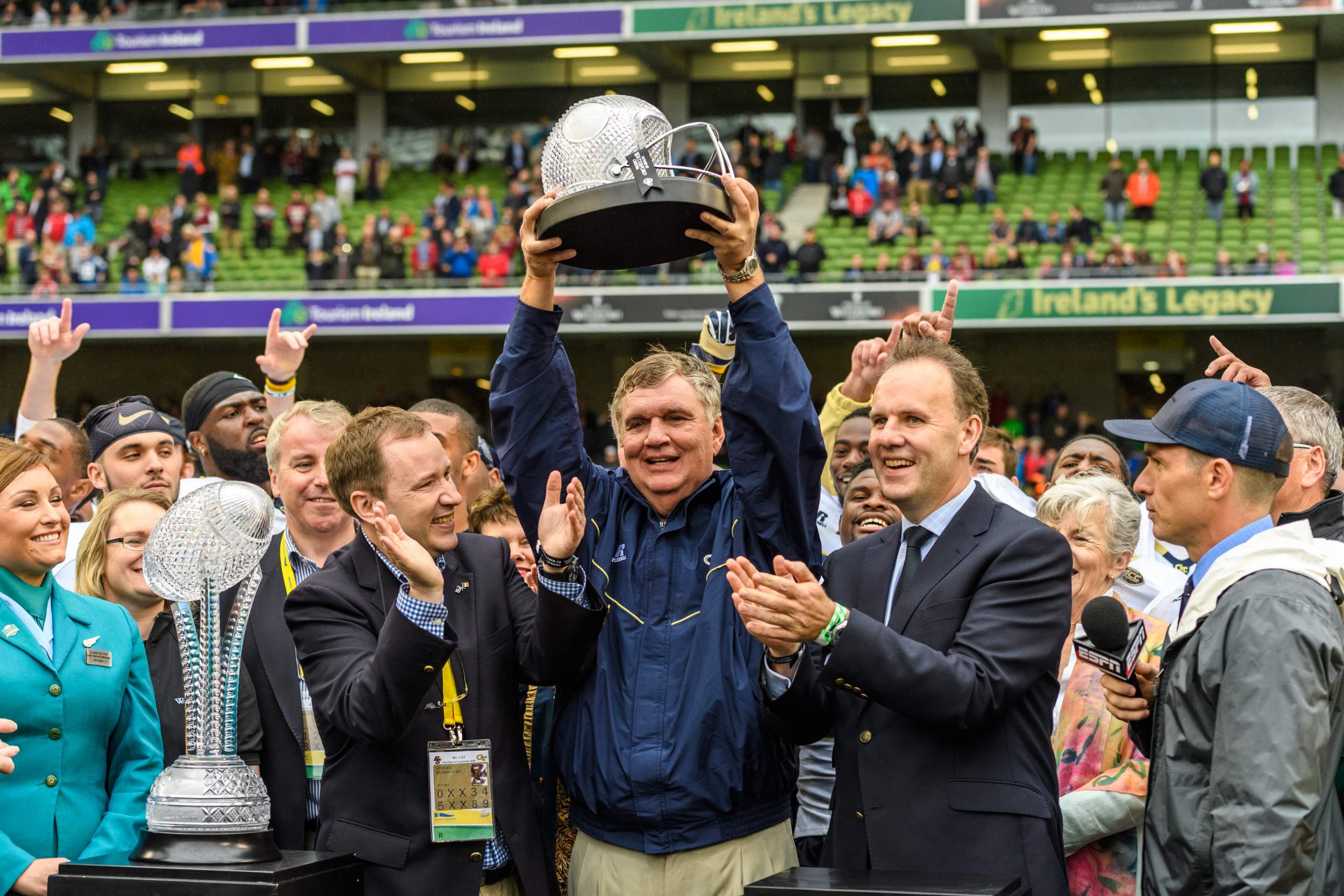 “I was saddened when Coach Johnson informed me that he was going to step down as our head coach,” Georgia Tech director of athletics Todd Stansbury said. “Not only is he Georgia Tech’s winningest head coach in more than 50 years but he is also an incredible mentor for the young men in our football program and has helped develop countless student-athletes that have gone on to great success after graduation. I wish him and Susan nothing but the very best as he steps away from coaching football for the first time in 40 years and ask the entire Georgia Tech community to join me in thanking him for his hard work and contributions to the Institute over the past 11 years.”

Johnson will continue to serve as Georgia Tech’s head coach through its upcoming bowl game.

Johnson and Stansbury will hold a press conference on Thursday at 9 a.m. A link to a live video stream will be available at ramblinwreck.com. Plans for a public celebration of Johnson’s terrific career on The Flats will be finalized in the near future.