THE FLATS – After recording eight tackles, including two behind the line of scrimmage, in Saturday’s 27-21 win over Miami (Fla.), Georgia Tech senior Jalen Johnson (Oneonta, Ala./Oneonta) has been named the Atlantic Coast Conference Linebacker of the Week, the ACC announced on Monday. 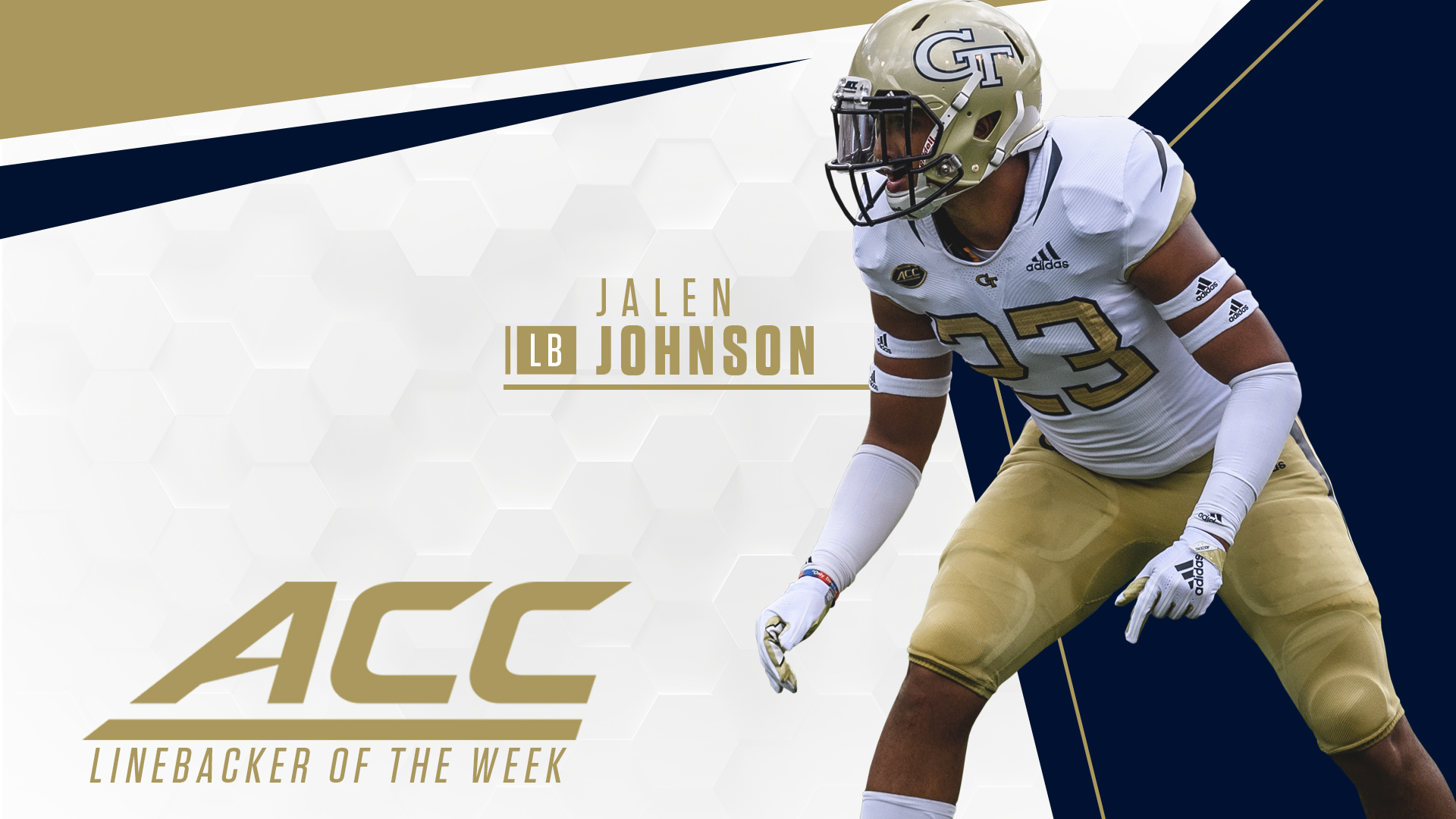 Johnson’s two tackles for loss against Miami were a career high while his eight stops fell just one shy of his high-water mark, set the previous Saturday at North Carolina. In all, the senior outside linebacker has 17 tackles and 3.5 TFL over the past two games (both wins).

Making Johnson’s tally in Saturday’s win over Miami even more impressive is the fact that Georgia Tech limited the Hurricanes to just 53 offensive plays in the triumph.

The ACC honor is the first of Johnson’s career. Yellow Jackets have received five ACC weekly awards over the course of their current three-game winning streak. 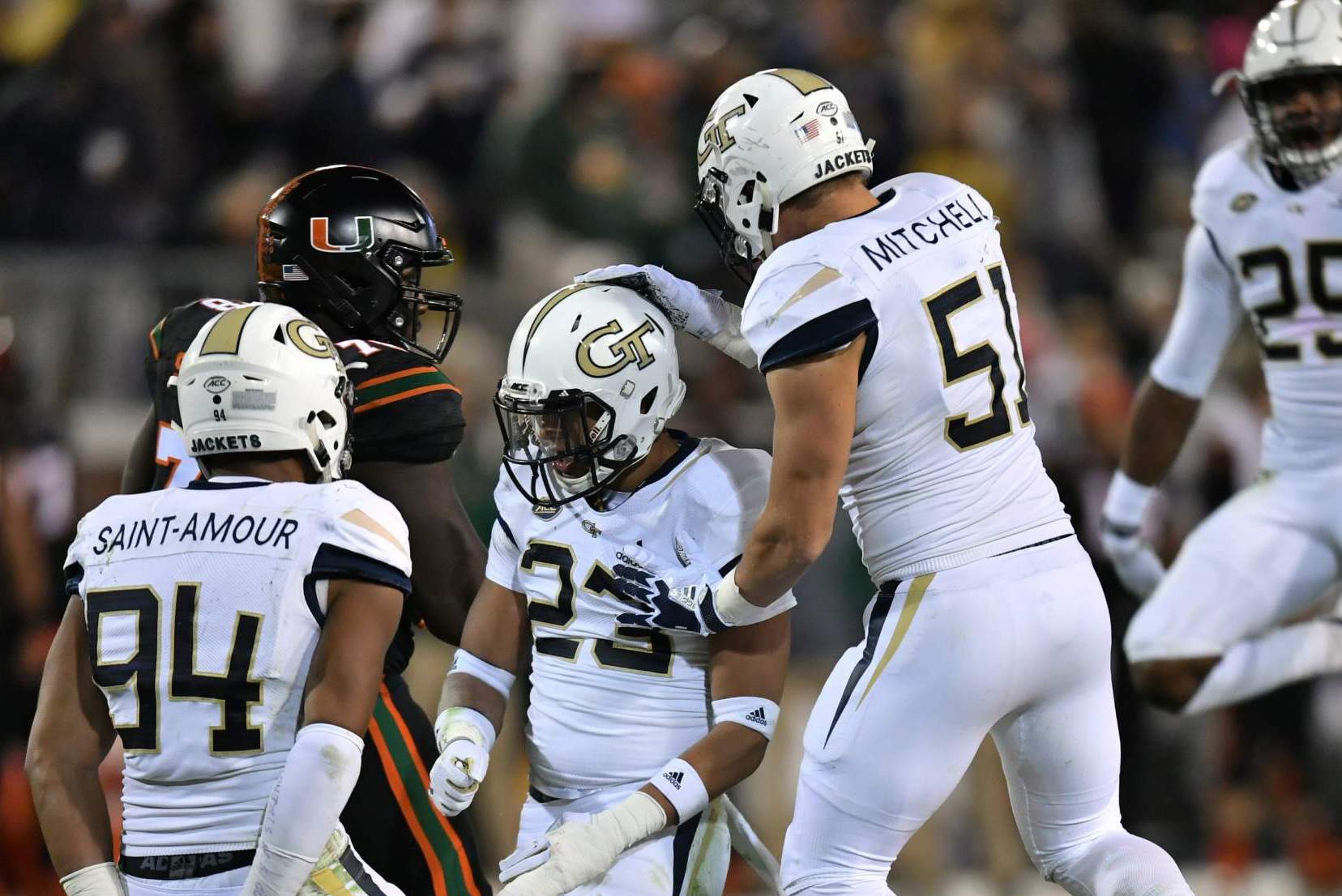 Saturday’s game will serve as Georgia Tech’s annual Senior Day, when it hosts Johnson and the other 23 Jackets who will make their final appearance in Bobby Dodd Stadium as student-athletes. It will also be a part of GT athletics’ 18th-annual Michael Isenhour Toy Drive, where fans are encouraged to bring an unwrapped toy or make a monetary donation for the upcoming holiday season, with all gifts being donated to the Atlanta Children’s Shelter.