CHAPEL HILL, N.C. – A pair of timely interceptions led to Georgia Tech scoring 10 points in the final three minutes of a 38-28 win at North Carolina on Saturday.

The score remained 28-28 until freshman safety Tariq Carpenter intercepted a pass to give the Yellow Jackets the ball at the North Carolina 41 yard line with 8:07 to go in the game. Nine plays later, redshirt freshman quarterback Tobias Oliver scored his second touchdown of the day from a yard out and the Jackets regained a 35-28 lead.

On the first play of the ensuing drive, senior defensive end Anree Saint-Amour dropped into coverage and picked off another pass — Georgia Tech’s third interception of the game — to give the Jackets the ball back at the UNC 19. Freshman Wesley Wells nailed a 22-yard field goal with 46 seconds to go to seal the victory.

Georgia Tech outgained the Tar Heels, 565-374, including a 461-166 edge in rushing yards. The Yellow Jackets set a school record with their fifth 400-yard rushing game of the season. 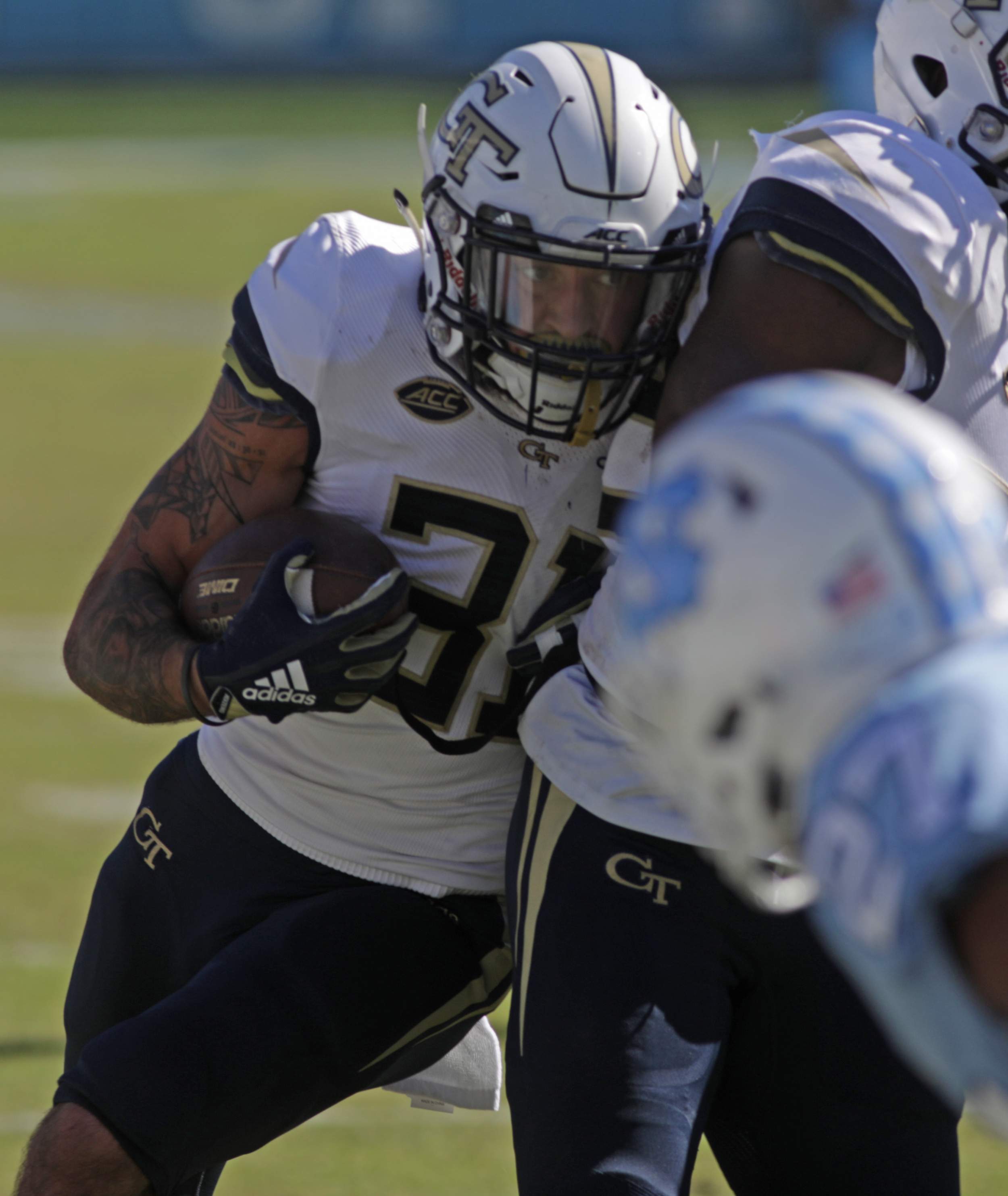 Nathan Cottrell’s 90 rushing yards were a career high for the junior A-back. 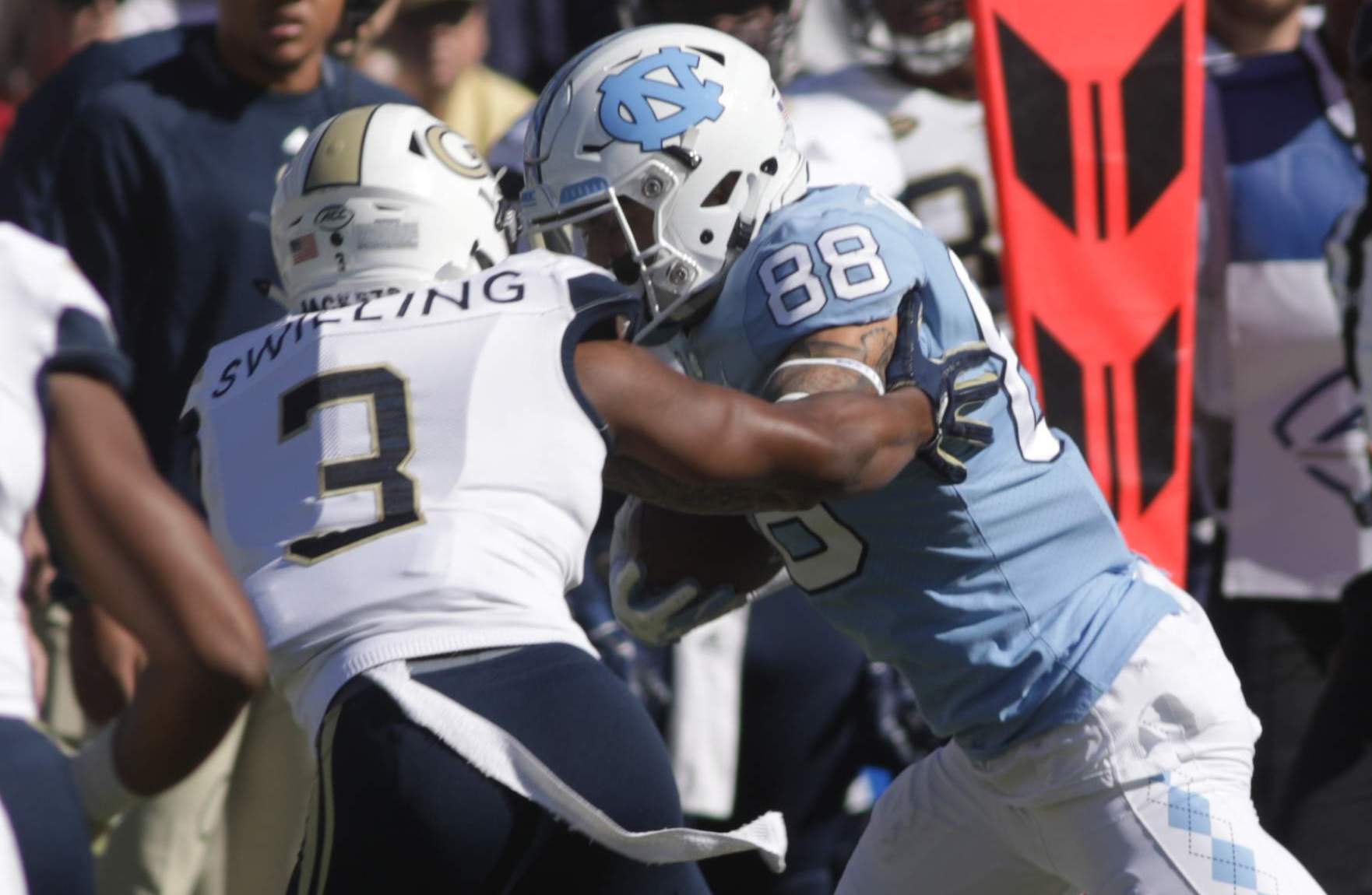