THE FLATS – Georgia Tech softball opens its 2020 season with the 21st Buzz Classic, from Feb. 7-9 at Mewborn Field. The Yellow Jackets will face UAB, preseason No. 1 Washington, Furman and Ohio.

The full tournament schedule is as follows:

*all times are eastern
* away vs. home as written 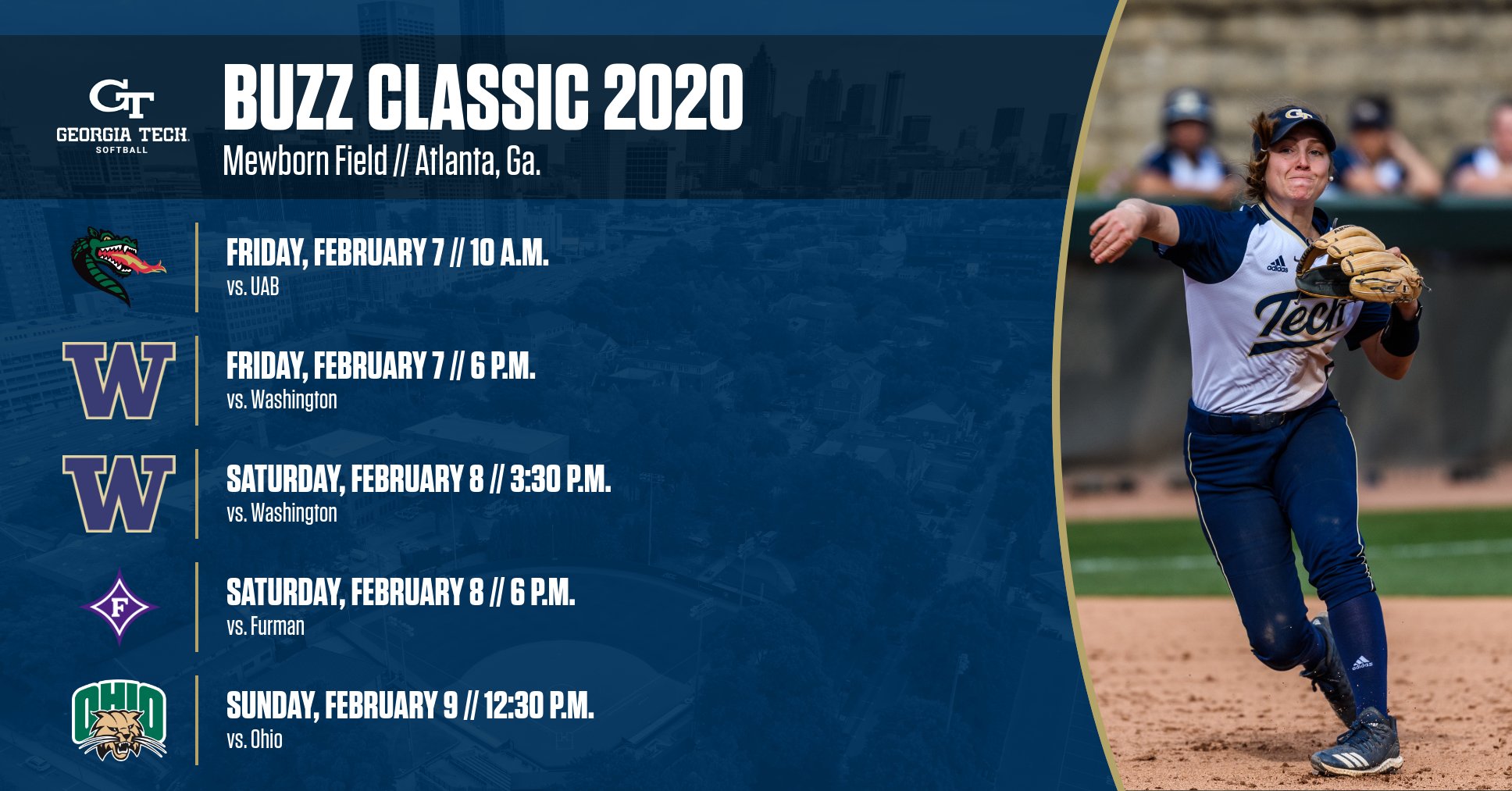 All of Georgia Tech’s 34 home games, including all five at the Buzz Classic, will be streaming live on ACC Network Extra.