THE FLATS – Another impressive performance by Georgia Tech freshman Jahmyr Gibbs would not be enough, as Clemson’s Trevor Lawrence threw for 404 yards and five touchdowns to lead the top-ranked Tigers to a 73-7 win over Tech on Saturday afternoon at Bobby Dodd Stadium.

The game was tight early. After Clemson (5-0, 4-0 ACC) scored on its second possession of the contest, Georgia Tech (2-3, 2-2 ACC) evened the score at 7-7 on a 59-yard touchdown pass from true freshman Jeff Sims to redshirt senior Jalen Camp, which was the longest play surrendered by Clemson’s defense this season. However, a breakdown in the secondary and a fumble by Sims led to Clemson scoring 10 points in the game’s next six plays to stretch it’s advantage to 17-7.

Despite the Yellow Jackets forcing two first-half turnovers, they also turned it over twice themselves, and Clemson took advantage to score five times in the second quarter and take a 52-7 halftime lead. The Jackets’ two takeaways were highlighted by sophomore Zamari Walton’s second interception of the season, which snapped Lawrence’s string of 366-straight passes without an interception, falling just 13 short of Russell Wilson’s ACC record of 379 that he set at NC State from 2008-09.

Gibbs ran for a game-high 67 yards and caught three passes for 23 yards to lead the Yellow Jackets offensively. Tech junior Avery Showell led all players with a career-high seven tackles.

Up next, Georgia Tech heads back out on the road to face Boston College on Saturday, Oct. 24 at 4 p.m. The game will be broadcast on ACC Network. 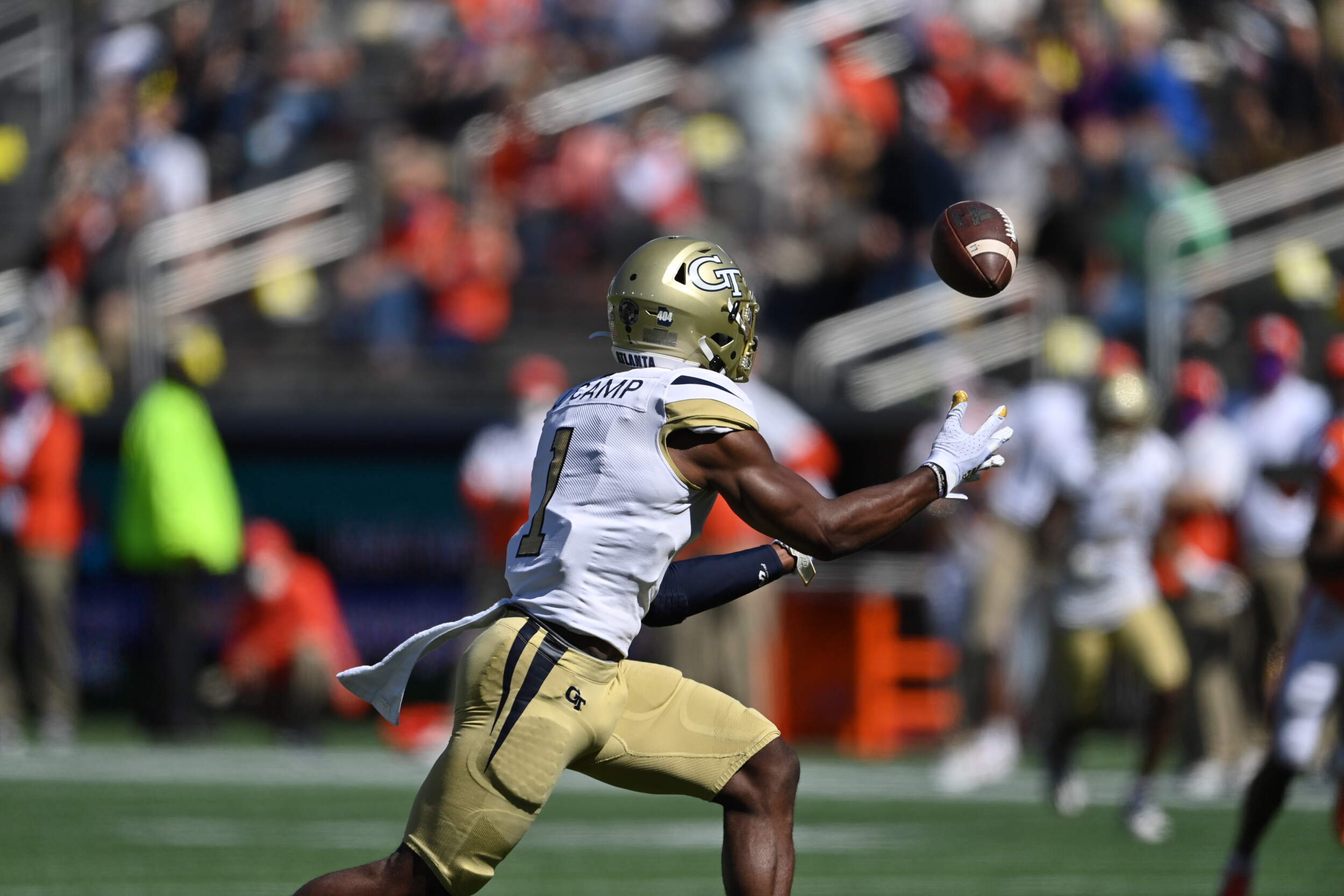 Sr. Jalen Camp hauls in his career-long 59-yard touchdown in the first quarter of Saturday’s game against No. 1 Clemson.

Georgia Tech forced two first-half turnovers against No. 1 Clemson, including a fumble that was recovered by Jr. Tre Swilling.