SYRACUSE, N.Y. — Georgia Tech posted its third-straight 400-yard game on offense to begin the season, but five turnovers and 15 penalties proved to be too much to overcome in the Yellow Jackets’ 37-20 loss at Syracuse on Saturday afternoon at the Carrier Dome.

Despite falling into a 17-0 hole in the first quarter, the Yellow Jackets pulled within three points at 23-20 on Jamious Griffin’s 3-yard touchdown run with 1:29 to go in the third period. However, Syracuse scored on a 43-yard touchdown pass just 49 seconds after the Jackets cut the deficit to three points to stretch its advantage to 30-20, then sealed it with a 66-yard interception return for a touchdown midway through the fourth quarter.

A bright spot for Georgia Tech was the running back duo of true freshman Jahmyr Gibbs and sophomore Dontae Smith. The tandem rushed for 180 of Tech’s 275 yards on the ground, 105 for Gibbs and 75 for Smith. Playing in just his second collegiate game, Gibbs became the first Georgia Tech true freshman with 100 rushing yards in a game since Dedrick Mills in the 2016 TaxSlayer Bowl. Smith’s 75 yards were also a career high, shattering his previous best of 35.

Juanyeh Thomas led the Yellow Jackets defensively with a game-high 10 tackles. Zamari Walton recorded the Jackets’ lone takeaway with his first-career interception, which led to Tech’s first touchdown of the game.

Georgia Tech returns to action on Friday, Oct. 9, when it hosts Louisville at Bobby Dodd Stadium. Kickoff is set for 7 p.m. for the nationally televised contest on ESPN. 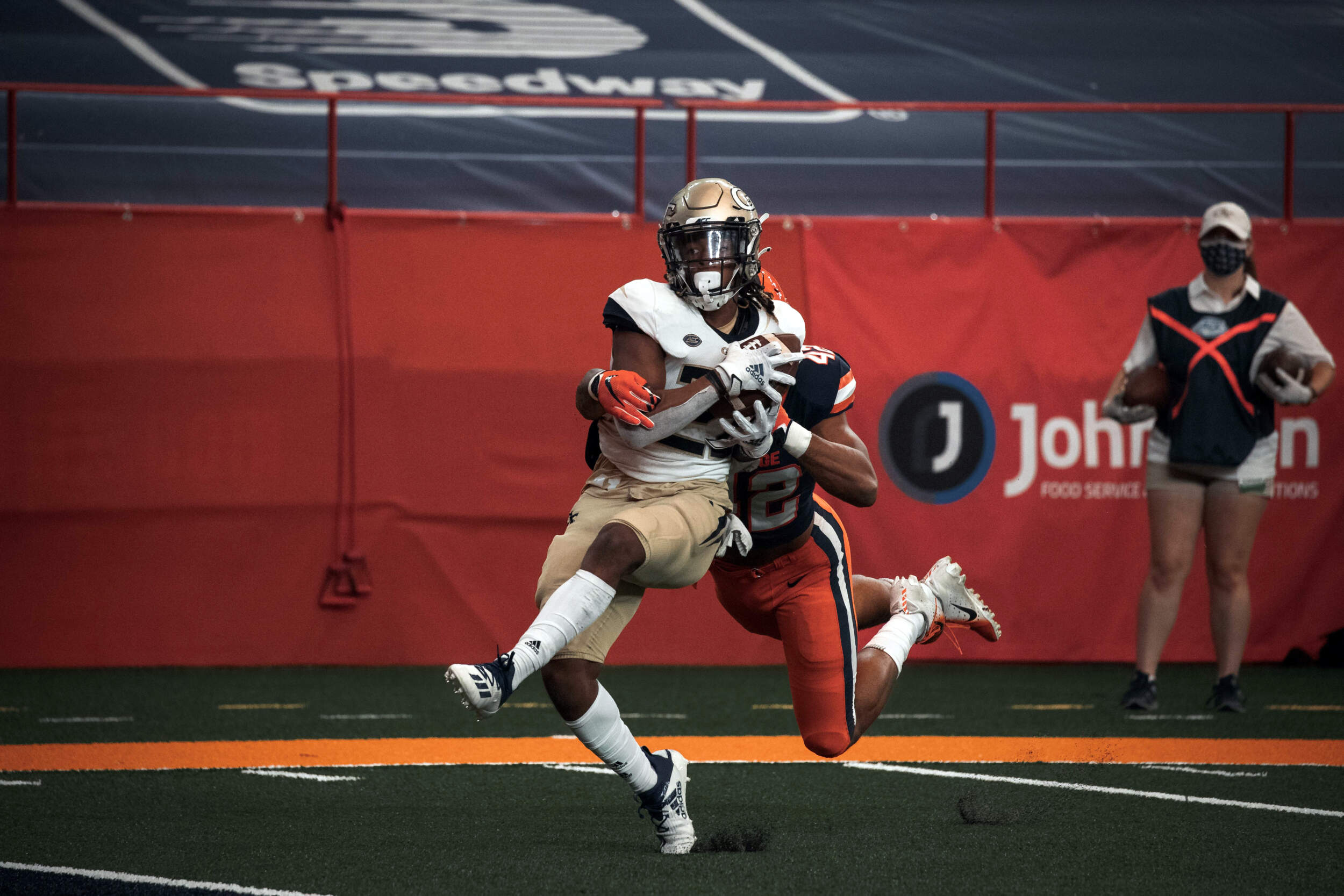 Jahmyr Gibbs ran for 105 yards and scored on a 24-yard reception against Syracuse. Playing only his second collegiate game, he became the first Georgia Tech true freshman in four years with a 100-yard rushing game. 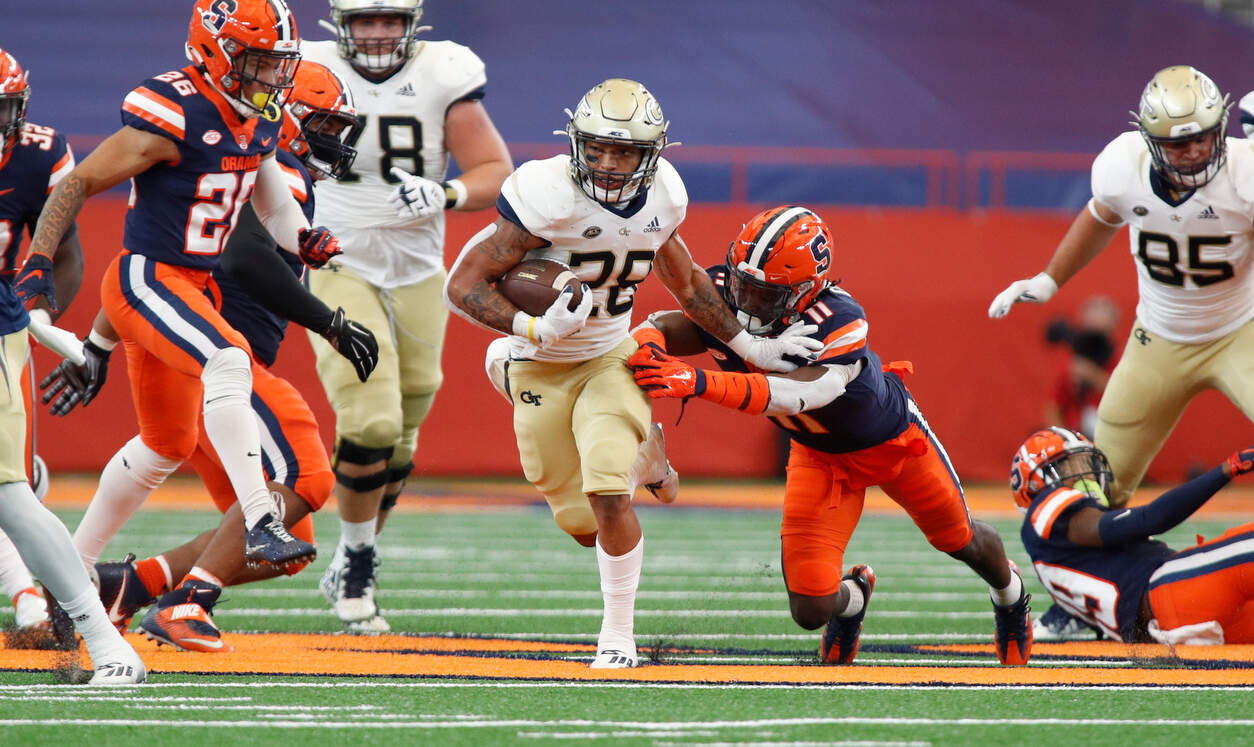