Football Battles, But Falls at Duke

DURHAM, N.C. — Georgia Tech limited Duke to three points and 105 yards in the second half, but it wasn’t enough to overcome a first-half outburst by the Blue Devils in a 41-23 defeat on Saturday afternoon at Duke’s Wallace Wade Stadium.

Georgia Tech opened and closed the first half with 75-yard touchdown drives but only managed a total of 18 yards on its five other series in the opening half. While the Yellow Jackets went three-and-out on four of those five series, Duke scored on each of its five possessions during that stretch and the Jackets found themselves trailing 38-14 at halftime.

Tech’s defense dominated in the second half, surrendering just five first downs to go along with the three points and 105 yards allowed after the break.

Offensively, Georgia Tech racked up a season-high 379 yards of offense, including a career-high 206 passing yards by redshirt freshman quarterback James Graham and a career-high 106 rushing yards by sophomore Jordan Mason (good for the first 100-yard performance of his career).

Georgia Tech continues ACC Coastal Division play next Saturday at Miami (Fla.). Kickoff is set for noon and the game will be televised on the ACC Network. 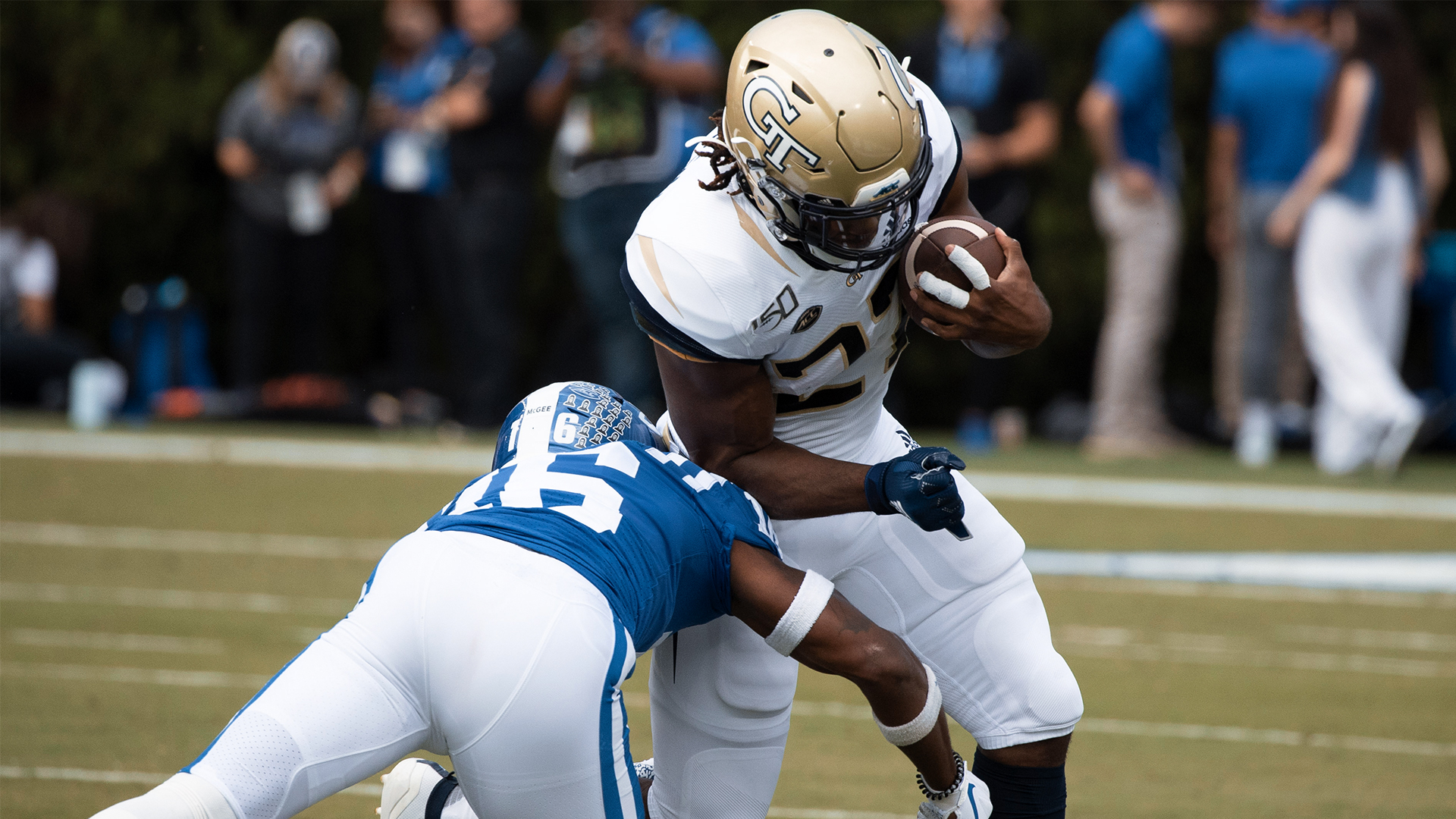 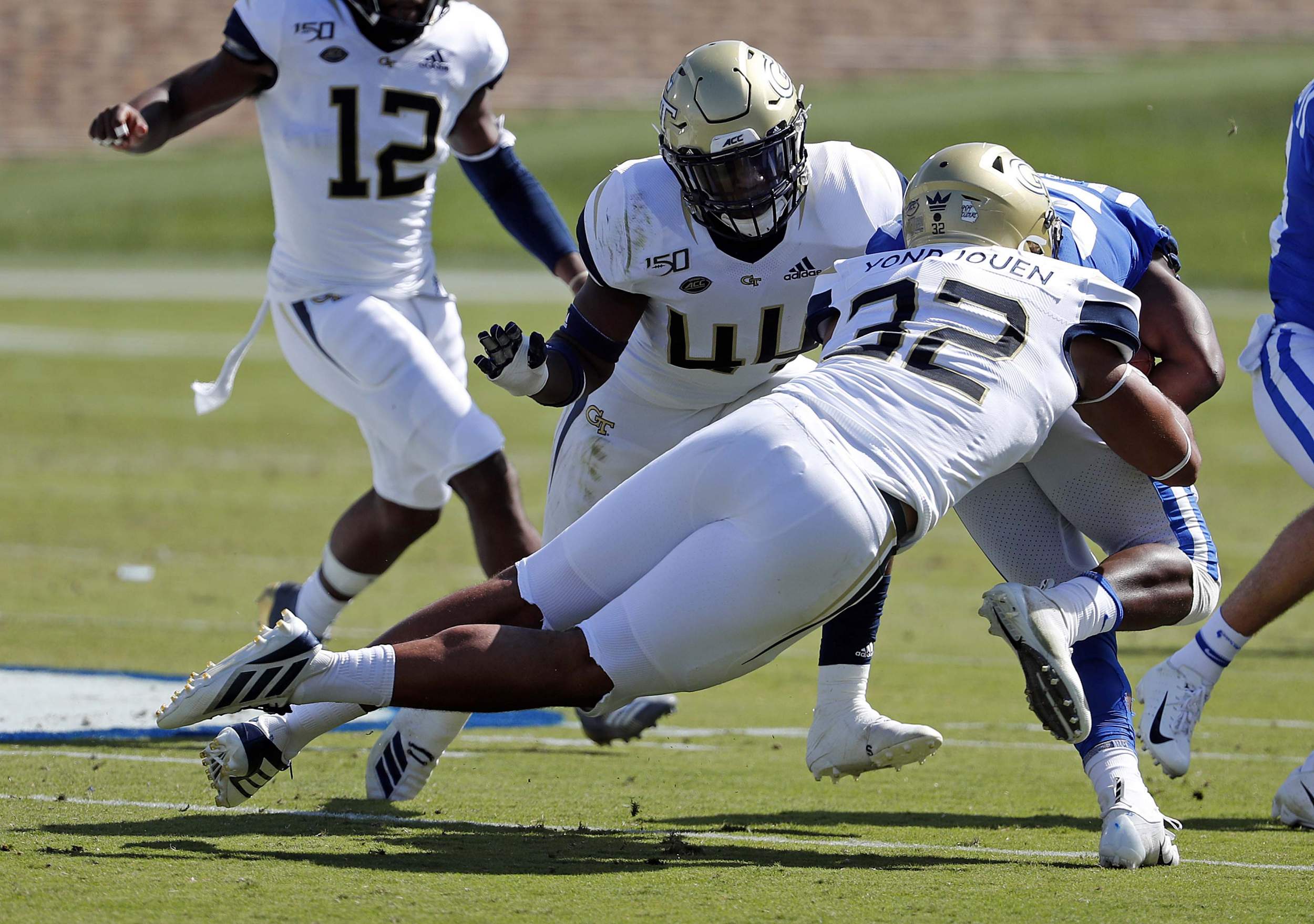 Sophomore Quez Jackson had a career-high nine tackles against Duke.