Georgia Tech raced out to a 21-3 halftime lead and led 28-10 late in the third quarter, then held off a late NC State rally to earn the hard-fought victory.

The Yellow Jackets’ offense was explosive from the get-go, as they started the game with a 54-yard pass from Graham to sophomore Malachi Carter on the very first play of the game, and took the 18-point halftime advantage on the strength of three touchdown passes by Graham — 17- and 11-yarders to Brown and a 13-yarder to sophomore Tobias Oliver. In the process, Brown tied the school’s freshman record for touchdown catches in a season (7 — matching the record set by Calvin Johnson in 2004) while Graham pulled within one of the school record for touchdown passes by a freshman (11 – one short of the record of 12 set by Shawn Jones in 1989).

Graham added a rushing touchdown with 5:08 to go in the third quarter that extended Georgia Tech’s lead back to 18 points at 28-10 but NC State scored a field goal and two touchdowns on its next three possessions, the final touchdown coming with 5:17 to go in the game to cut the Yellow Jackets’ lead to 28-26. On the Wolfpack’s ensuing two-point conversion try, Georgia Tech senior defensive back Christian Campbell pressured NC State quarterback Devin Leary on a blitz, forcing Leary’s pass to sail harmlessly out of the back of the end zone and maintaining Tech’s two-point lead.

That would be the final time NC State would touch the ball, as on the Jackets’ ensuing possession, Mason and Graham combined to rush eight times for 38 yards, converting two third downs along the way to milk the final 5:17 off the clock and seal the victory.

Georgia Tech returns to Bobby Dodd Stadium in nine days for the 114th edition of Clean, Old-Fashioned Hate versus archrival Georgia. Kickoff is set for noon on Saturday, Nov. 30. 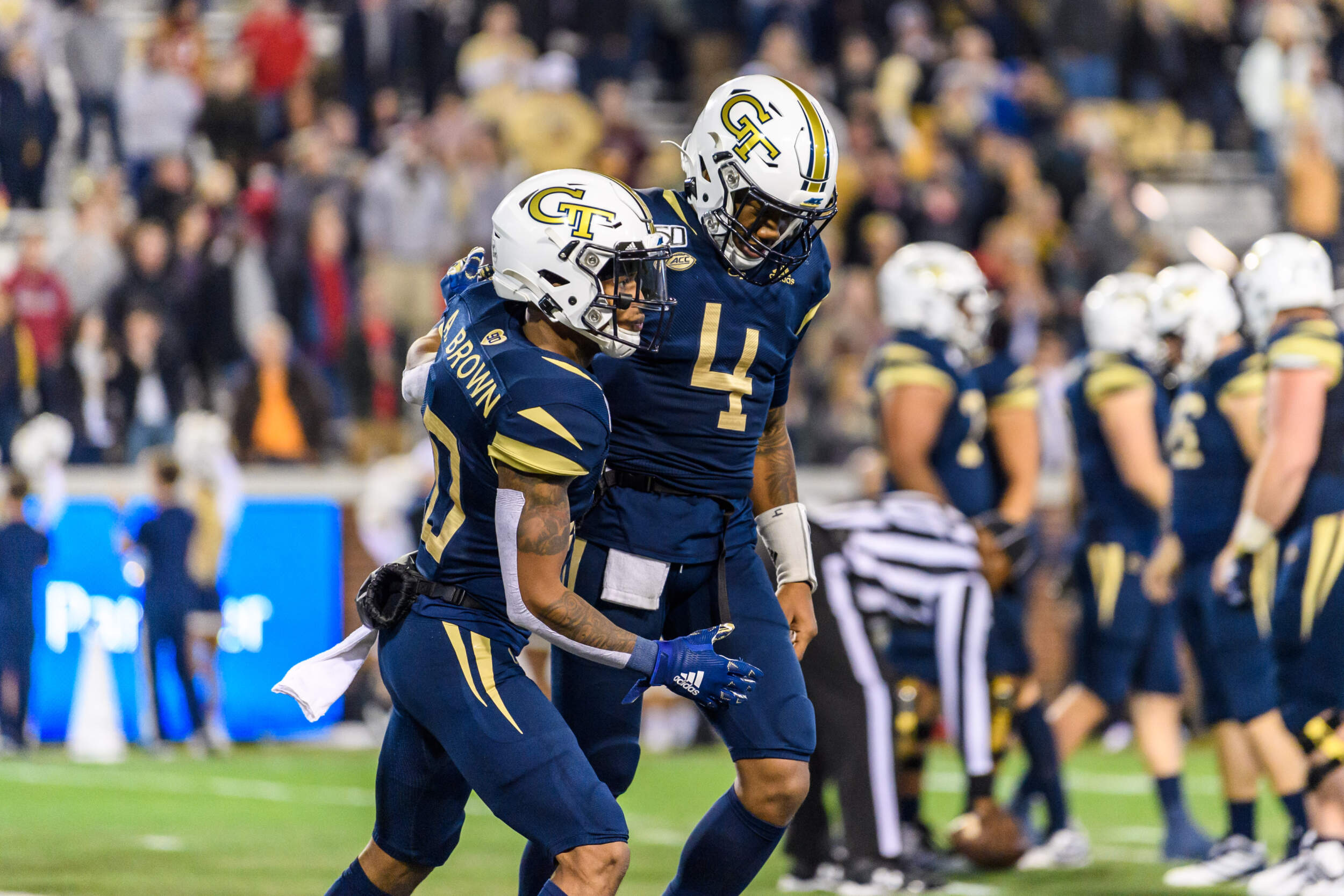 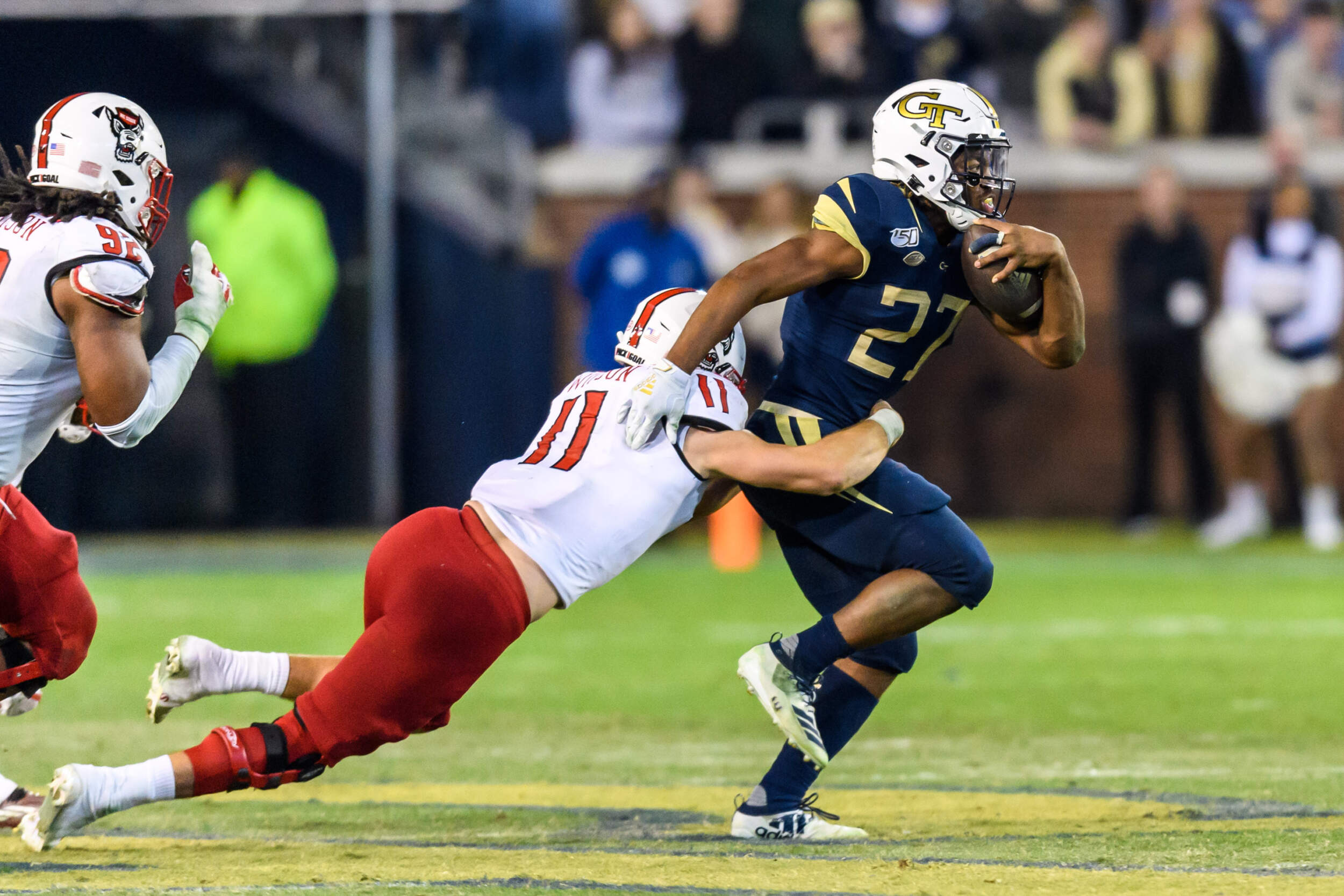 .@Buzz_GT gets an @NFL-caliber hold from @PatMcAfeeShow but … 🤦🏻‍♂️