THE FLATS – Georgia Tech scored on 8-of-10 offensive possessions – including seven-straight to start the game – and snapped a three-game losing streak with a convincing 63-17 win over Bowling Green on Saturday afternoon at Bobby Dodd Stadium.

The Yellow Jackets’ only two possessions that didn’t culminate with a touchdown came when they punted for the first and only time with 12:44 to go in the game and when they ran out the clock to finish off the victory.

Senior quarterback TaQuon Marshall completed 5-of-6 passes for 160 yards and scored two touchdowns on the ground to lead the Yellow Jackets. After Marshall left the game in the third quarter, backup Tobias Oliver came in and rushed for 115 yards and two scores of his own. Redshirt freshman A-back Jordan Mason also ran for two touchdowns.

Senior A-back Clinton Lynch became the first student-athlete in Georgia Tech history with 1,000 rushing yards and 1,000 receiving yards in his career when he caught a 41-yard pass from Marshall in the second quarter.

Georgia Tech has a short week to prepare for Friday’s Atlantic Coast Conference battle at Louisville. Kickoff for the nationally televised contest on ESPN is set for 7 p.m. at Louisville’s Cardinal Stadium. 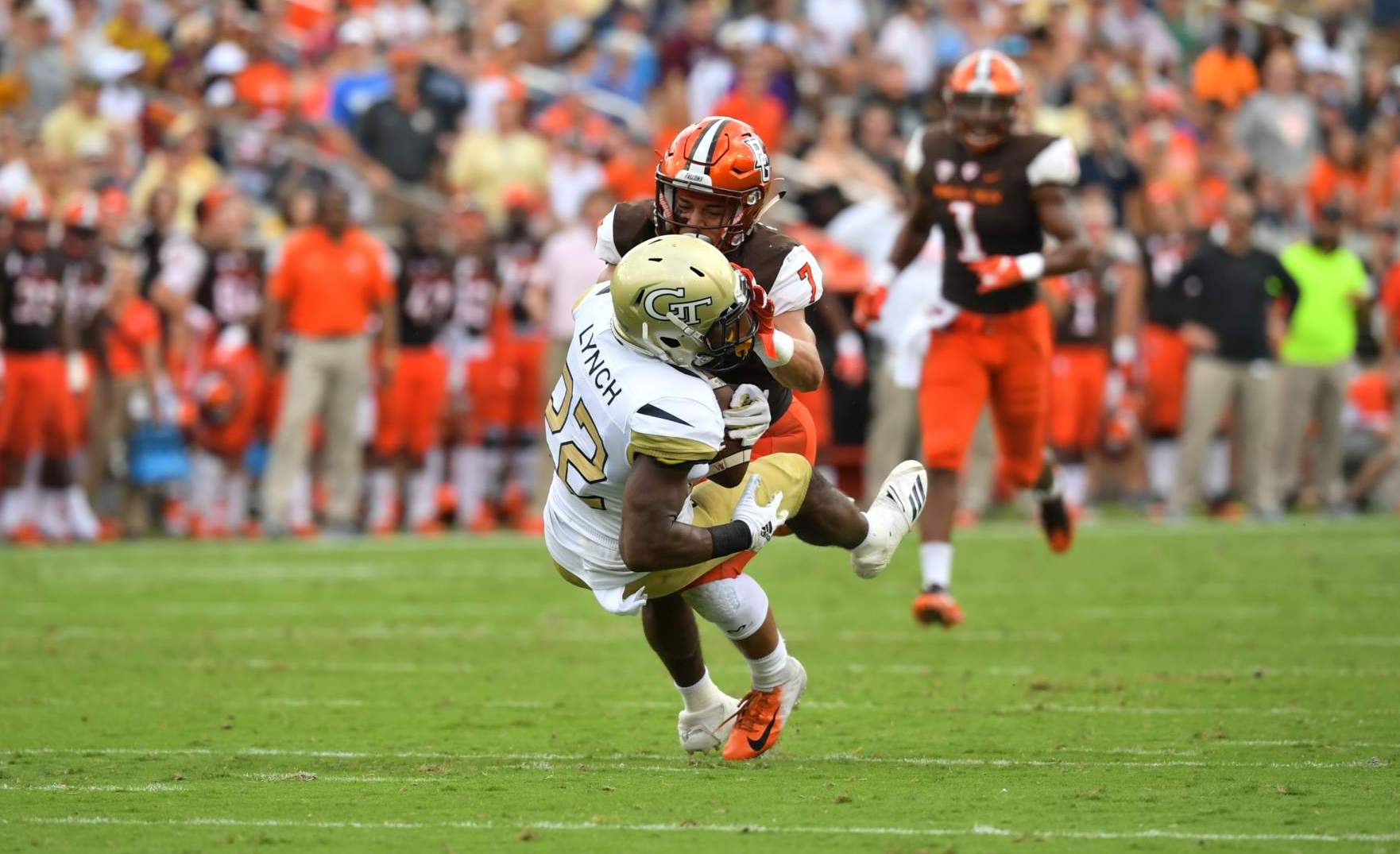 On this 41-yard reception, Clinton Lynch became the first student-athlete in Georgia Tech history with 1,000 rushing yards and 1,000 receiving yards in his career. 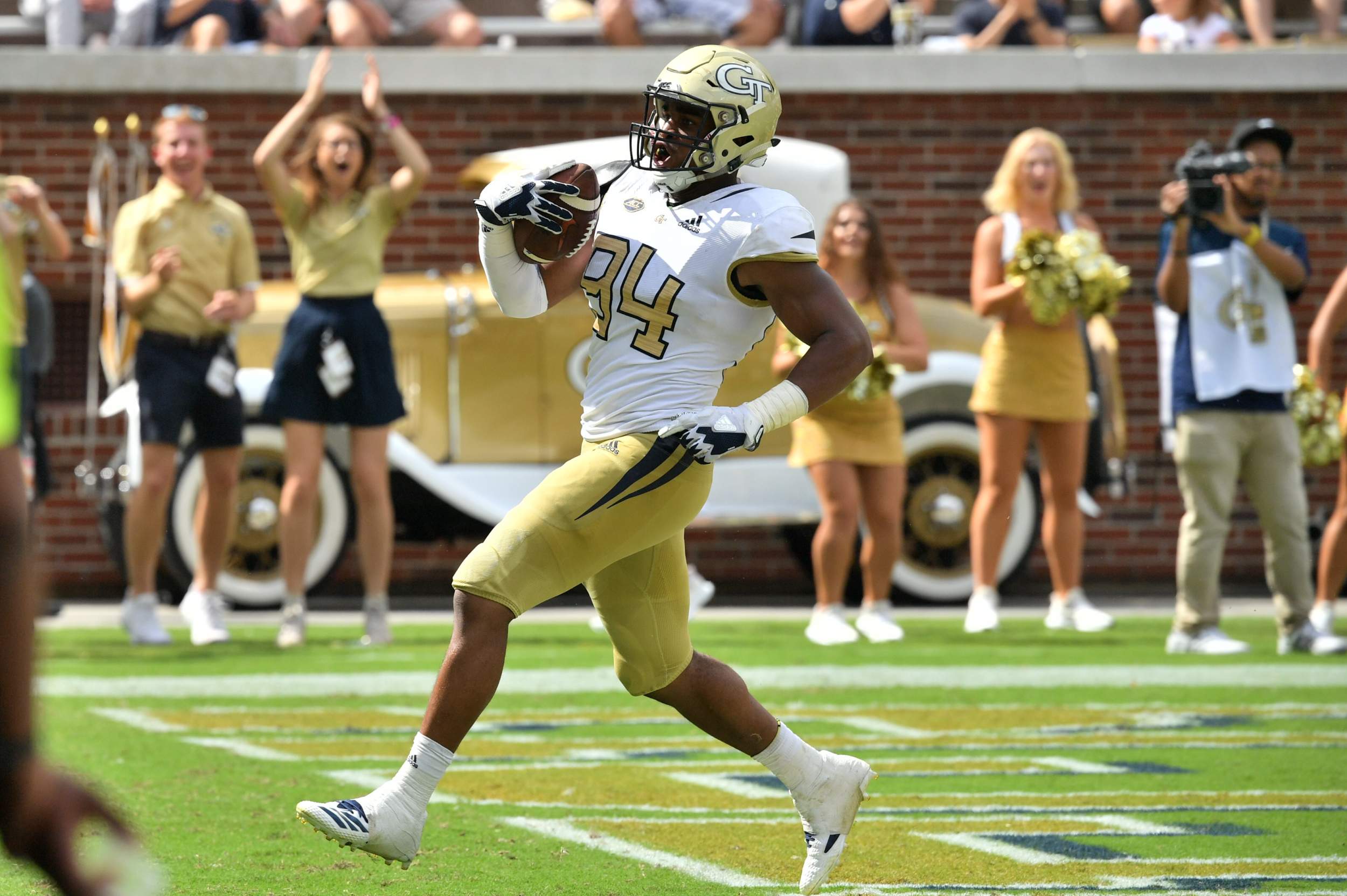