THE FLATS – True freshman Jahmyr Gibbs totaled 110 yards from scrimmage and junior Zamari Walton scored on the longest fumble return in Georgia Tech history, the Yellow Jackets could not hold off No. 4 Notre Dame in a 31-13 to the Fighting Irish on Saturday at Bobby Dodd Stadium.

With Notre Dame (6-0, 5-0 ACC) up 7-0 early in the second quarter and driving to take a two-score lead, Georgia Tech defensive back Juanyeh Thomas stripped ND running back Kyren Williams to force a fumble that was picked up by Walton and returned 93 yards for a touchdown to knot the score at, 7-7. Wearing Tech’s throwback uniforms commemorating the Yellow Jackets’ “Black Watch” defense of the mid-1980s, Walton’s 93-yard fumble return broke the previous school record of 90 yards, set by Kofi Smith against Wake Forest in 1998.

Georgia Tech (2-5, 2-4 ACC) trailed 17-7 at halftime, but the Jackets came out firing with a big play, a 39-yard pass from Jeff Sims to Jalen Camp that moved the Jackets within striking distance of pulling within one score. However, one play later, Tech fumbled and the Irish recovered to squelch the Yellow Jackets’ scoring opportunity. ND went on two score on each of its next two possessions to take a commanding 31-7 lead.

The Jackets cut the deficit to 31-13 on a 1-yard touchdown run by Jordan Mason early in fourth quarter and recovered the ensuing onside kick. A 15-yard pass from Sims to Gibbs on the first play of the next series moved Tech back into Notre Dame territory, but the drive stalled and the scoring ended.

Gibbs finished with 61 yards on 14 carries, and added a team-high five catches for 49 yards. Sims completed 15 of his 26 passes for 150 yards, and Camp added three catches for 64 yards.

Georgia Tech heads into its second bye week of the season, and returns to action on Saturday, Nov. 14 to face Pittsburgh at Bobby Dodd Stadium. Game time and broadcast information will be announced on Monday. 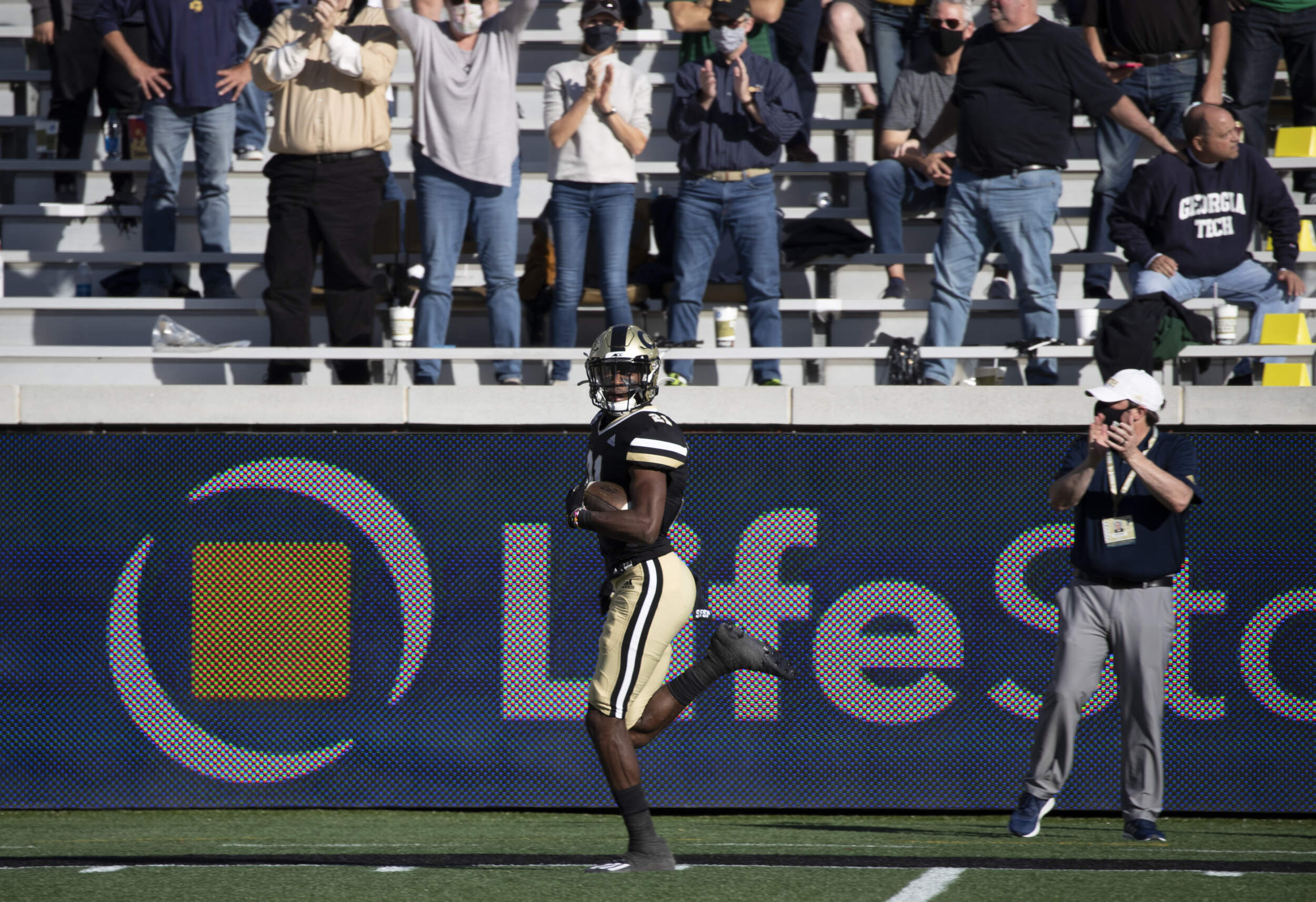 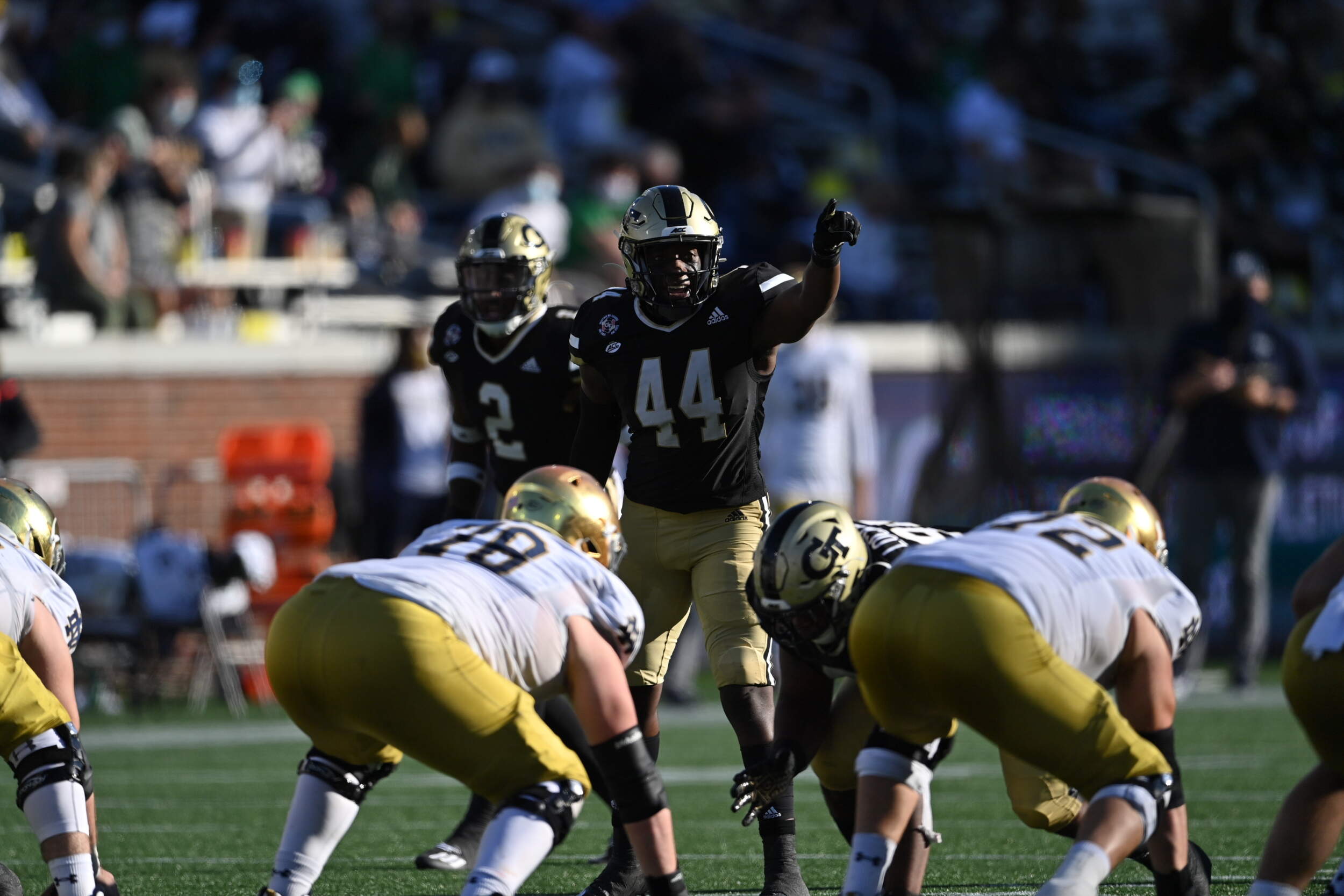 Georgia Tech linebacker Quez Jackson (44) had a career-high 11 tackles against No. 4 Notre Dame