Inside The Chart: Standard Bearers

It’s conventional wisdom in the calculus of a new coach: the players with the fewest years left have the least amount to gain.

Yet Geoff Collins knew he needed the buy-in of his senior class to make his first year of installing a new culture at Georgia Tech a success. When he called a meeting with them shortly after being named Tech’s 20th head coach in December of 2018, he came armed with a sales pitch, uncertain of what to expect. It’s easy for a senior class to feel left out amid all the talk about the future.

He instead saw them embrace his vision almost immediately.

“One of the first things I remember Coach Collins saying during that meeting is this is going to be the most fun year of football that you’ve had yet,” said running back Nathan Cottrell.

“And that’s honestly exactly what it has been. Ever since then, none of us have looked back.”

For now, Cottrell and the rest of his eight-man senior class will only look forward, to their final home game at Bobby Dodd Stadium as Georgia Tech faces Georgia in Clean, Old Fashioned Hate (Noon ET, Georgia Tech Sports Network from Learfield IMG College). They’ll all aim for one last signature victory in their Yellow Jacket careers. But regardless of Saturday’s outcome, Collins will always have a lasting respect for what his senior class has meant since that first meeting 11 months ago. 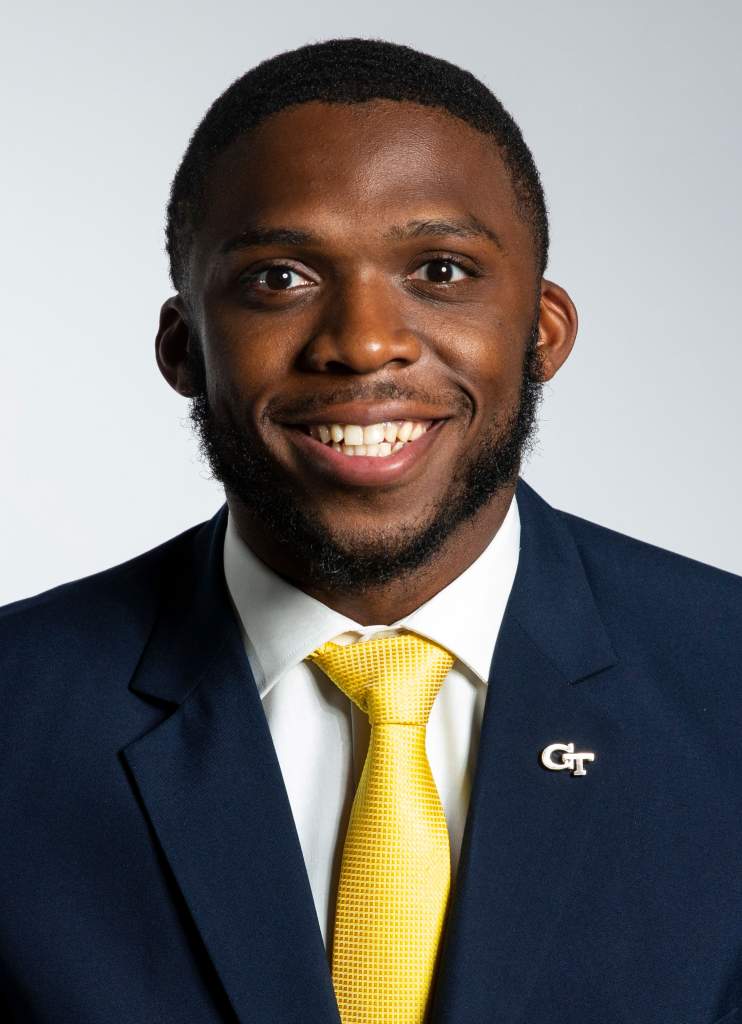 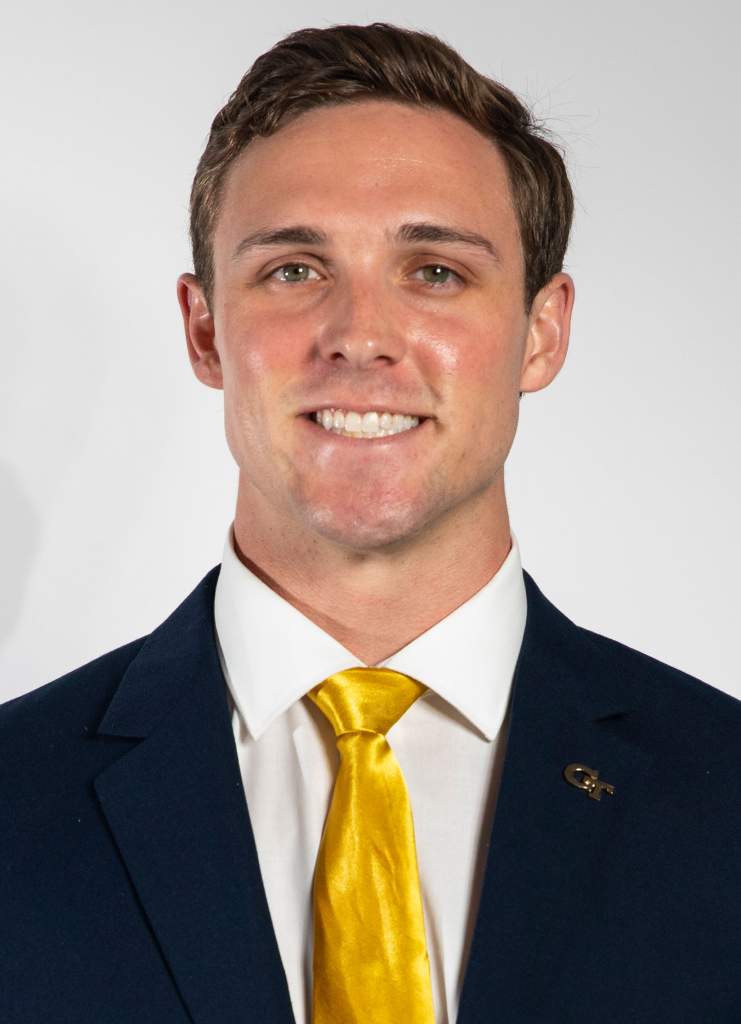 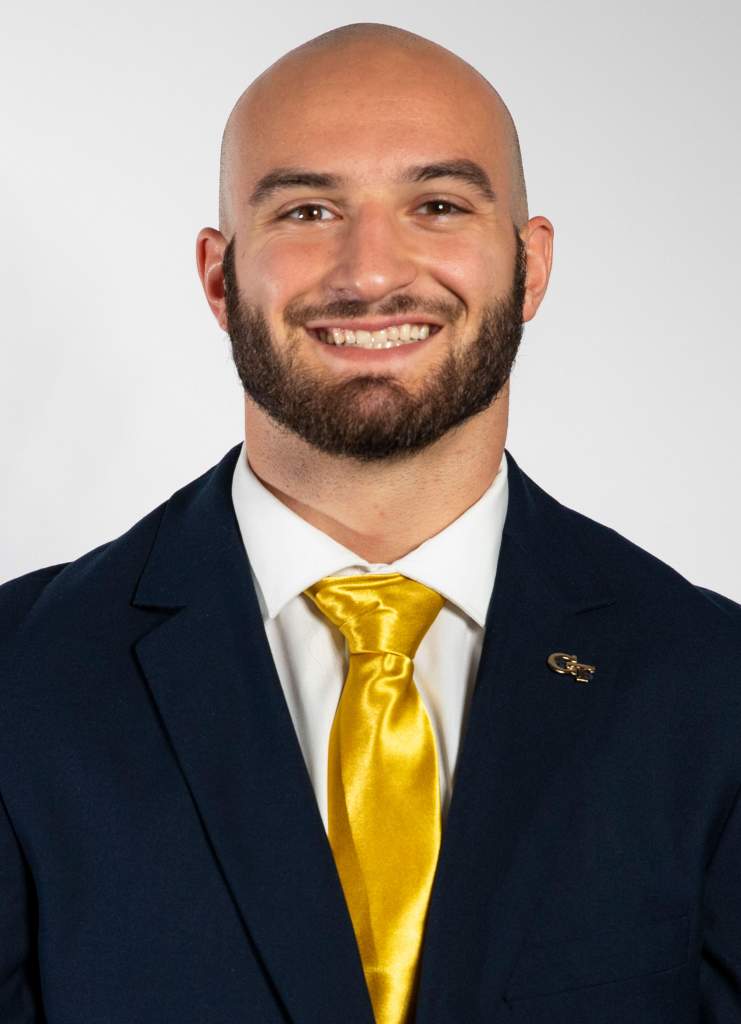 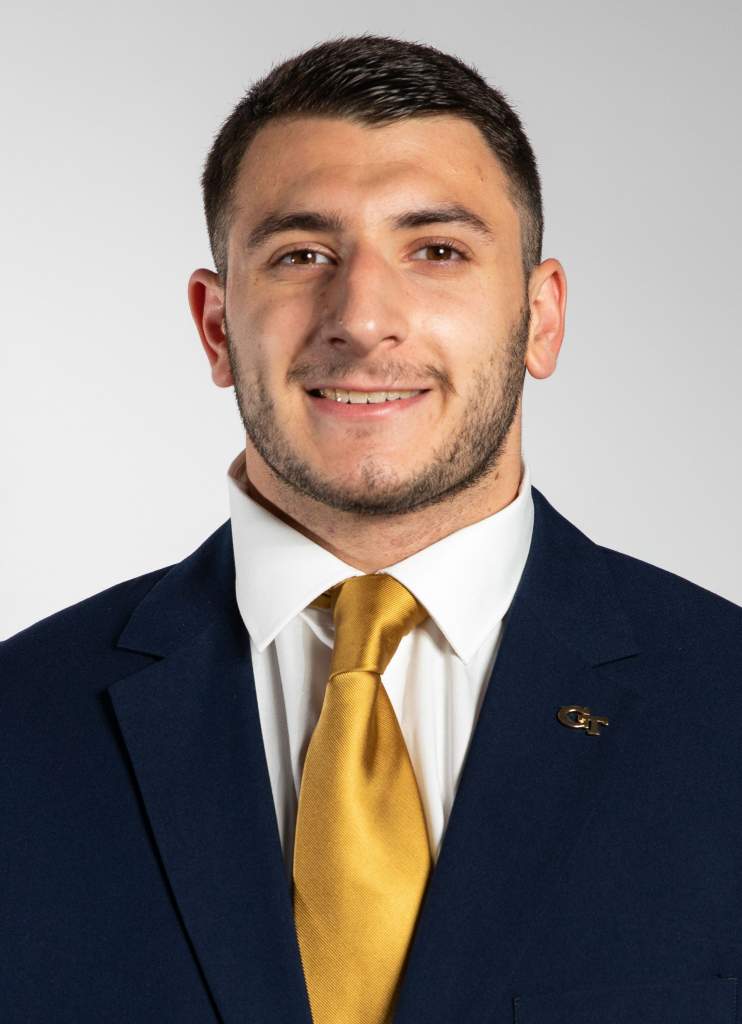 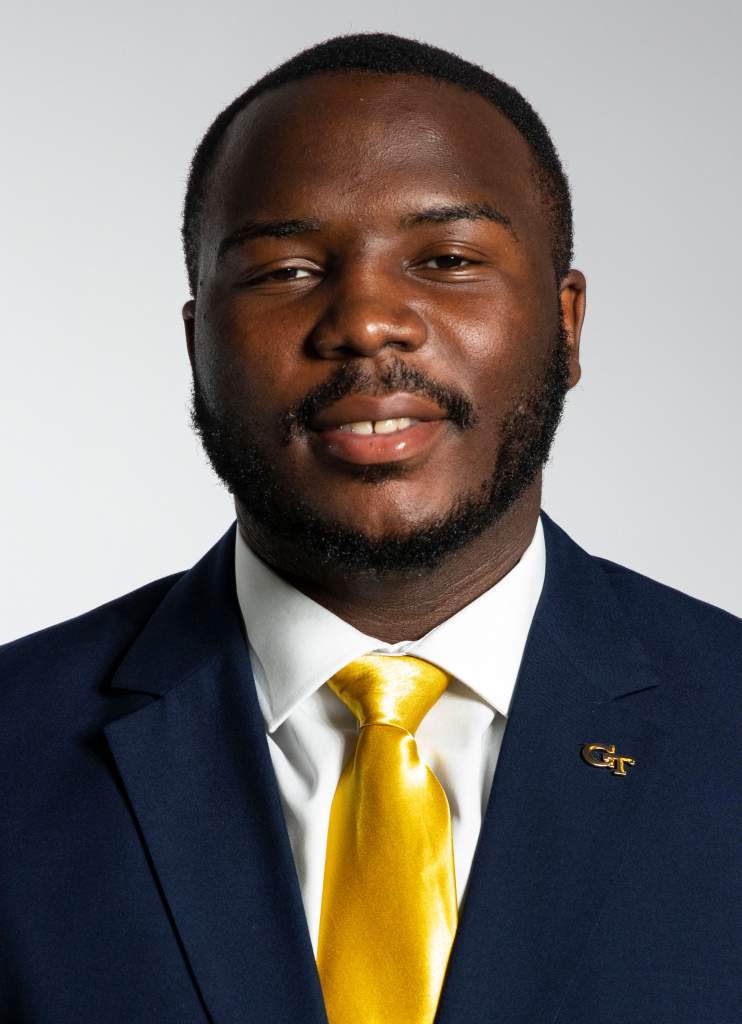 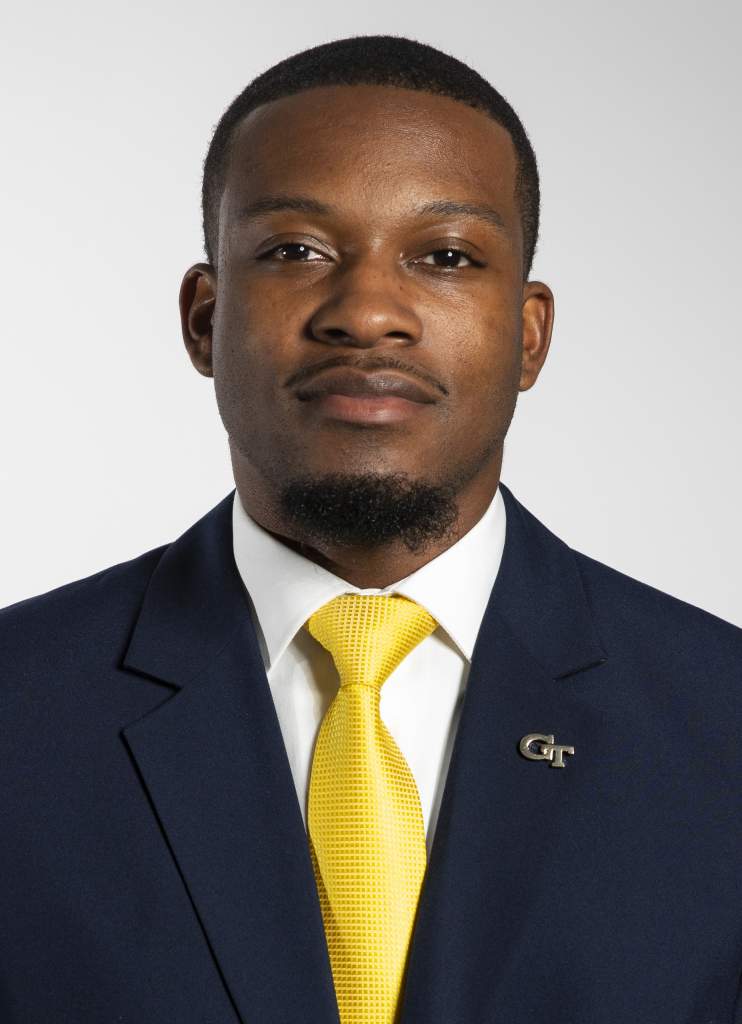 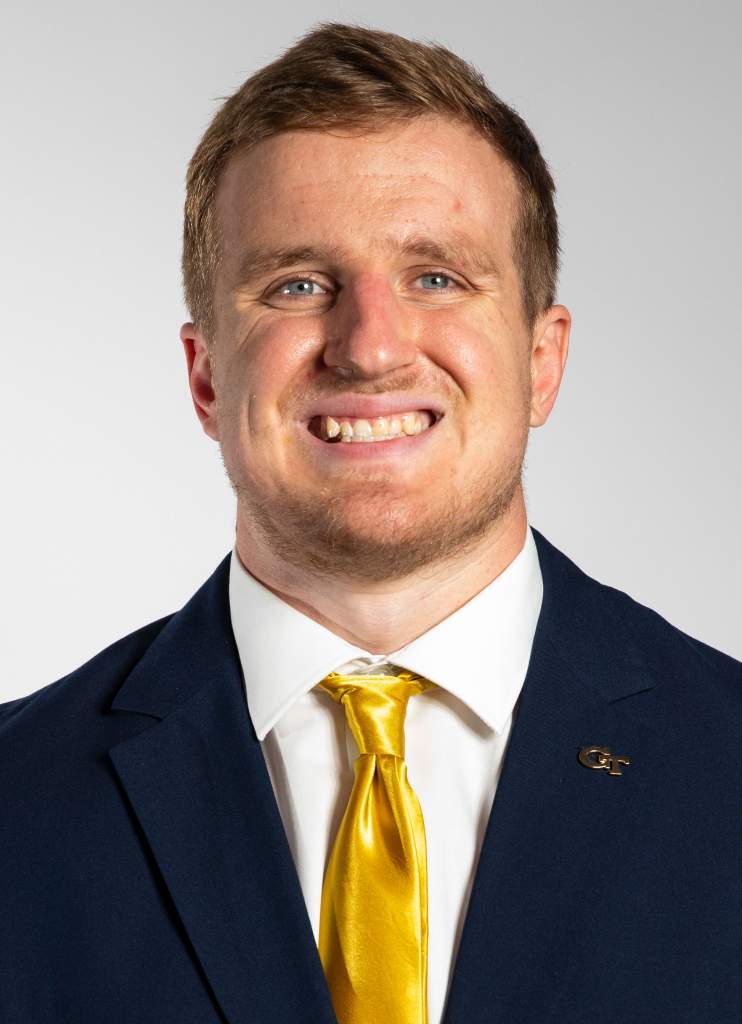 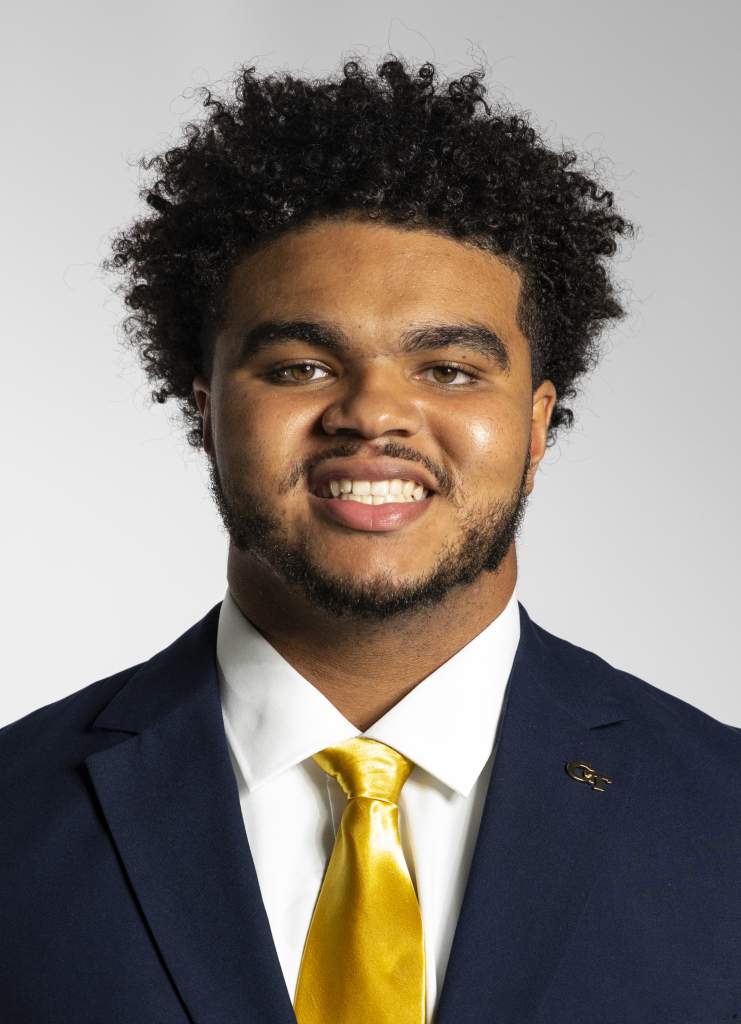 It started to hit him, Collins said, on Sunday night.

“We had our team meeting to get ready to go out to practice. Seeing Tyler Cooksey walk in the door kind of got me emotional, just seeing him and knowing I’ve only got so many more days to get to be around him in that Georgia Tech White and Gold. I’m truly going to miss these guys. They’ve been an honor and a pleasure to coach, but their legacy will remain in this program for a long, long time,” Collins said.

They accepted Collins’ call to become leaders. They embraced his challenge of setting an example for their younger teammates, even though they were learning his system alongside them. As a result, they formed bonds they say they had never experienced before at Tech.

“In my four or five years here, this is probably the best year I’ve ever had – not just with game time and football, but bonding, seeing how the coaches actually are with their players. It’s real,” said running back Omahri Jarrett.

“He talked a lot about coming together and being like a brotherhood and a family. That’s one thing that took me by surprise,” added defensive tackle Brentavious Glanton.

An Albany, Ga., native, Glanton has battled through nagging injuries to start seven games and record 14 tackles. But he says his final season gave him something more powerful.

“Coach Collins made me love the game of football again. I had lost love for it for a while. Coach Collins came in and just allowed everything to be like a family. Everybody here feels like a family,” Glanton said.

They knew this season would have its challenges as Georgia Tech radically reshaped its entire program, including a transition to an NFL-style spread offense. Like any competitors, they wished they had a few extra wins to tuck away in their bios. But in spite of the first-year bumps, they’re proud that the energy and morale never wavered – and that they played a role of it.

“If you came out to practice you’d have no idea what the record was. That’s something that’s very, very special, and something I’ll always remember. No matter what happened throughout the season, our attitude didn’t change,” said graduate transfer offensive lineman Jared Southers.

“Every day you go out and you’re having fun. You don’t think of it as a job. It’s something that everybody wants to do,” said safety Christian Campbell.

For many, their senior years were spent more as servant-leaders than stat sheet stuffers. Tyler Cooksey played his first three years at linebacker before helping reanimate the tight end position for his final season at Tech.  He hasn’t had a catch yet – he hasn’t played that many snaps on offense – but the Suwanee, Ga., native says it hasn’t diminished how much he’s enjoyed his final season. He thinks back to that first meeting with Collins.

“One of the biggest things for me was positively affecting your teammates, being a great leader or being a great teammate. And that’s one thing that stuck with me throughout the year,” Cooksey said.

He recalled a moment on the way home from Virginia, when he and fellow outgoing tight end, grad transfer Tyler Davis, were summoned by Collins to sit in the front row of first class. It was a small gesture of appreciation for the leadership they’ve shown this season, but the move caught Cooksey off-guard.

“I honestly could never imagine it being like this. As a freshman, I could never foresee what my path would be, where I would be this year. And I’m so happy where it’s ended up,” Cooksey said.

They began their final season getting sold a vision. They knew the size of their buy-in may not match the size of their payoff. But as Georgia Tech’s seniors prepare for their curtain call at Bobby Dodd Stadium, they’re more than content knowing their standard, not necessarily their stats, will be their lasting legacy under Geoff Collins. And Collins knows he wouldn’t be set up for future success without them.

“For them to buy in as fast as they have and really push our belief system on the young guys and hold them accountable has been absolutely awesome,” Collins said.

In hindsight, that first meeting didn’t require such a hard sell after all.

Said Cottrell: “Whenever he brought us in, he told us his vision and showed us exactly what it is that he sees coming. Once you’re shown that, why would you not want to be part of something like that?”