THE FLATS – Fifty-two percent field-goal shooting, 48-percent shooting from downtown, and a 15-0 second-half run led Georgia Tech men’s basketball to a hot start to its preseason exhibitions as it routed Georgia College 98-76 on Sunday afternoon at McCamish Pavilion.

Thanks largely to terrific ball movement (21 assists on 35 made field goals), the Yellow Jackets were led by six double-digit scorers on the afternoon, topped by junior Bubba Parham‘s 15 (5-for-5 from three), while the Bobcats were led by junior guard Jordan Thomas (26 points). Also reaching double digits for Tech offensively was Jose Alvarado (14), Khalid Moore and Evan Cole (13) and Moses Wright (12).

Cole finished with a double-double, leading Tech with 11 rebounds as the Jackets showed real prowess down low. The Jackets won the rebounding game overall 51-26, while also getting 16 second-chance points on the day as well.

The Yellow Jackets are back in action next Sunday at 1 p.m. Eastern time with another exhibition game against Alabama in Tuscaloosa. 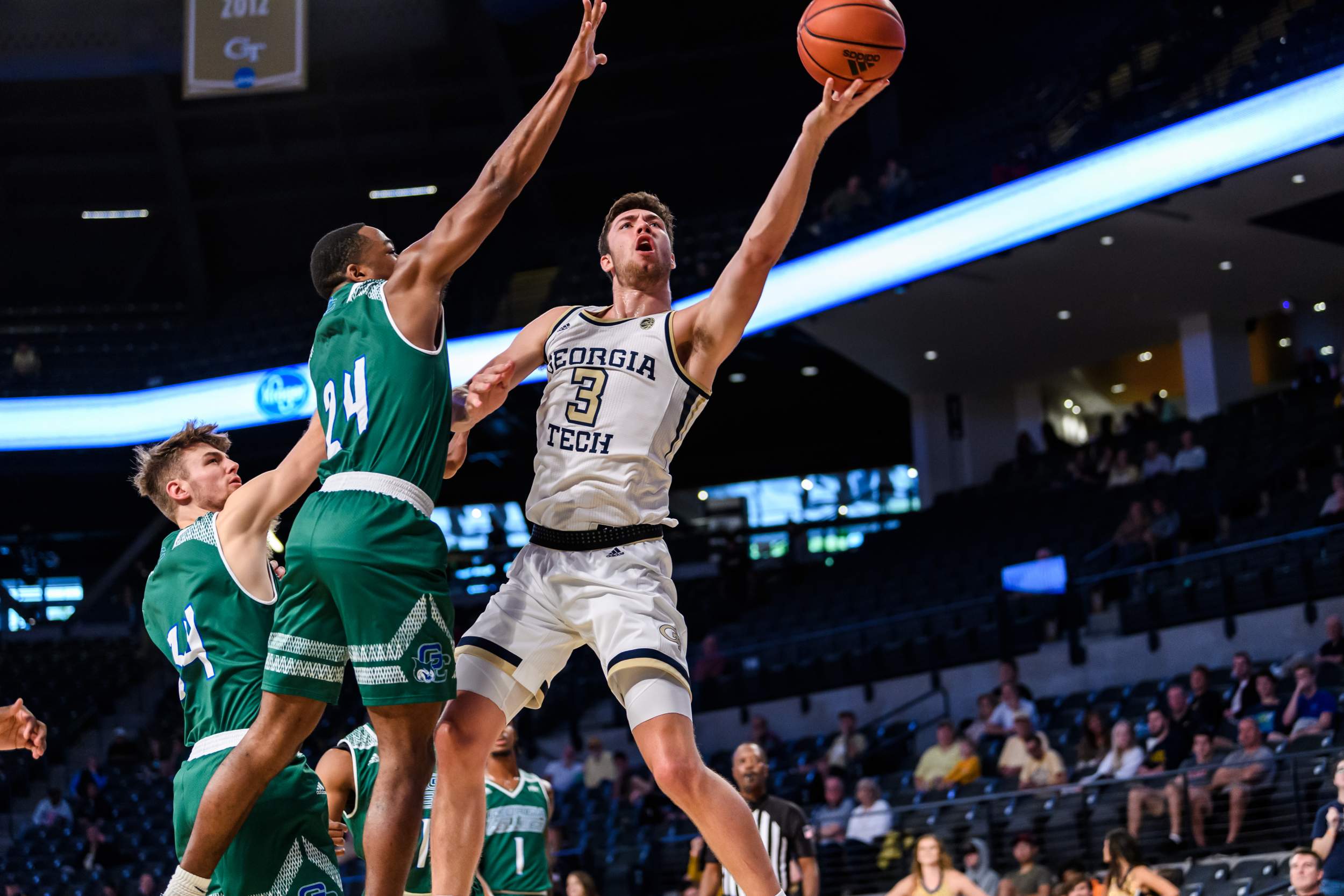 Junior Evan Cole (3) finished Sunday’s exhibition with a double-double, hauling in 11 rebounds to go along with his 12 points on 4-of-7 shooting 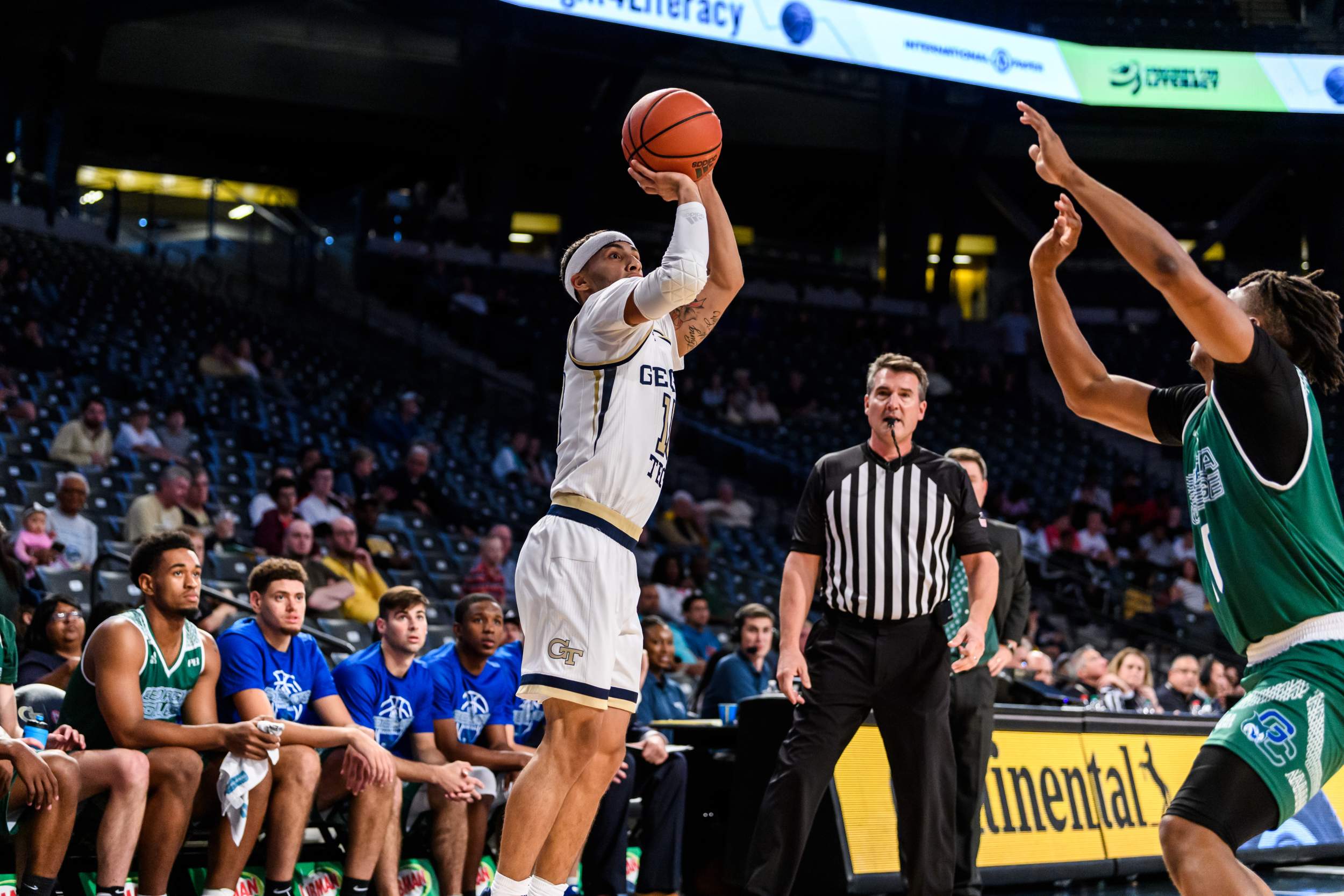 Georgia Tech fired on all cylinders against Georgia College, shooting a blistering 48 percent from downtown.