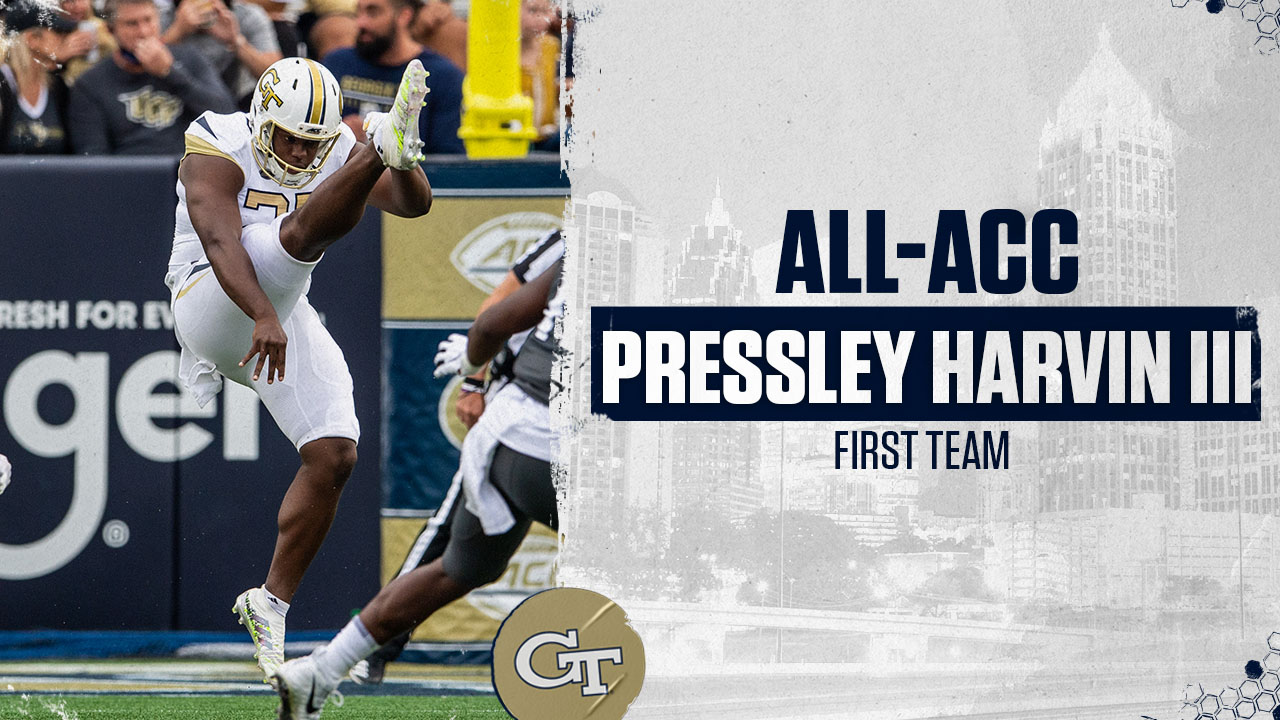 One of 10 semifinalists for the 2020 Ray Guy Award (presented to college football’s top punter), Harvin leads the nation with a 48.0-yard punting average this season. To put his whopping 48.0-yard average into perspective, the margin between Harvin’s average and the third-best average in the nation (46.7 – Washington State’s Oscar Draguicevich) is the same as the margin between Draguicevich and the nation’s ninth-best average (45.4 – San Diego State’s Tanner Kuljian). 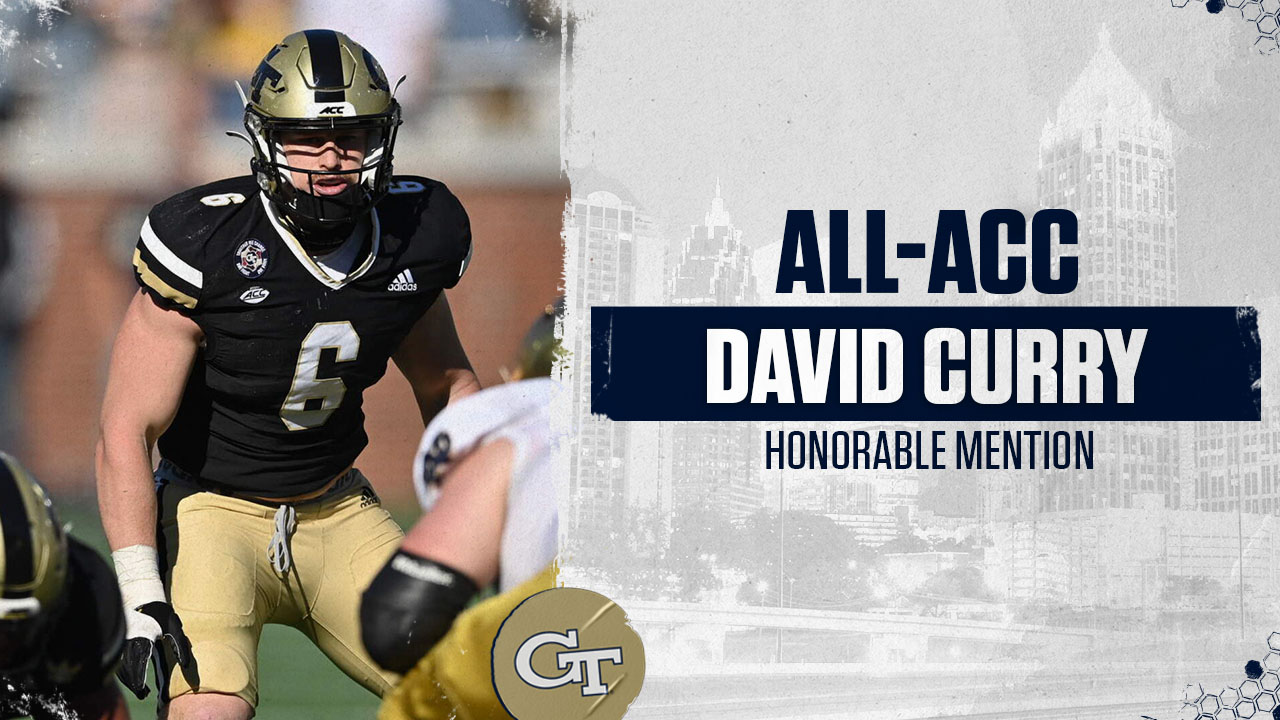 Curry was an honorable-mention all-ACC selection for the second-straight season after leading the team and ranking fifth in the ACC with 8.4 tackles per game (84 total). He also led Georgia Tech with 9.0 tackles for loss (good for 19th in the league) and added 1.5 sacks, two pass breakups, a forced fumble and a fumble recovery in his final season on The Flats. 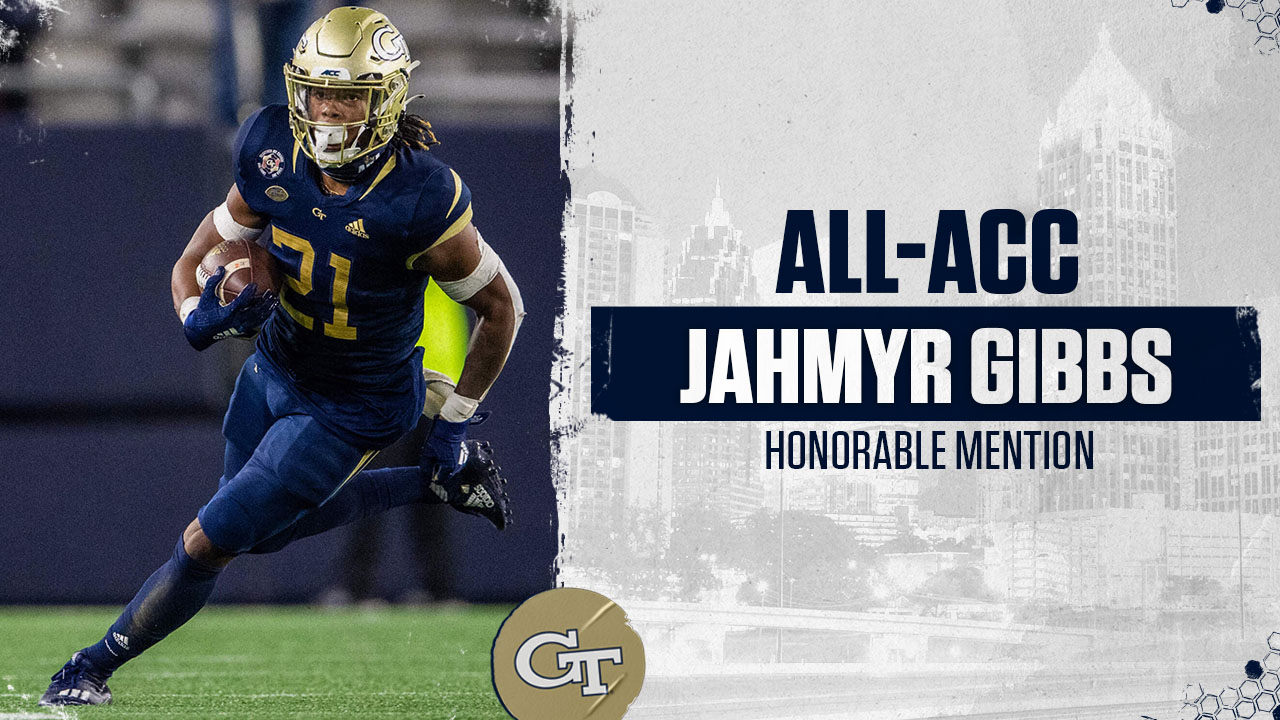 One of the nation’s most dynamic true freshmen, Gibbs earned his all-conference recognition on the strength of averaging 25.6 yards per kickoff return, which would rank second in the ACC had he had enough attempts to qualify for the official league rankings. Despite being limited to just six-and-a-half games, Gibbs led Georgia Tech in all-purpose yards (968) and scoring (seven TDs) and ranked second on the team in rushing yards (460), rushing touchdowns (4), receptions (3), receiving yards (303) and touchdown receptions (3). Since 2000, Gibbs is one of only seven Power Five conference players to compile 450 rushing yards, 300 receiving yards and 200 kickoff return yards in his team’s first eight games of the season, joining an elite list that includes Reggie Bush (USC – 2004), Marion Grice (Arizona State – 2013), Christian McCaffery (Stanford – 2015), Joe Mixon (Oklahoma – 2016), Saquon Barkley (Penn State – 2017) and Lynn Bowden, Jr. (Kentucky – 2019), a feat made even more impressive by the fact that he missed the season opener at Florida State and left his final game of the season versus Duke before halftime due to injury.